It wasn’t my finest parenting moment but it probably would’ve made for good television if my son and I starred in some reality show like, “Single Mom & Preteen Living in the City.”

For the chance to procrastinate on all the “life” stuff on the to-do list I write in invisible ink, I’m willing to air out what happened on that multi-gendered laundry day. Horror, drama, comedy – this single mom and her preteen son have got you covered with feeling all those feels in the unexpected discovery of her undergarment in a pair of his athletic pants.

It was an innocent mistake – more like, an oversight. Who knew a mom multitasking while folding laundry would yield to such an alarm-infused reaction and such an unrefined justification for a mom having thongs in her drawer of delicates.

I just didn’t see it – the black lace thong that tumbled and dried its way into of one the legs of his black, fleece-lined athletic pants. Such a stealth, static-cling maneuver by a garment with such minimal fabric causing such mayhem. You’d think he’d found a poisonous scorpion when getting ready for the day, but I guess a boy finding his mom’s thong static-clung to the pants he was putting on, is far more traumatizing than some predatory arachnid.

“MOM! What is THIS?” Storming out of his room with the article of clothing in his hand, he continued to grill, as the initial wave of horror rapidly turned tides to an outburst of laughter, “Is this what girls wear?”

Without giving it a second thought, I replied, “The cool ones do.” And in shame, not for the fact that I’m a mom that wears thongs but in shame for the awfully unrefined answer I gave my son during his interrogation, I disgracefully retrieved the undergarment and placed my black lace thong in the dresser drawer with others of its kind.

Hindsight had no chance to take flight; I knew mid-reply that that laundry day didn’t bring my finest parenting moment. But, ladies, please retract the claws because I typically don’t misguide my son and teach him such absurd, false things as: only cool girls wear thongs.

Damn – I just cringed reading that back. For that very reason, I’d love the chance to redeem my place in motherhood because I really do give it my all to raise a boy that will become a man that doesn’t treat women in some of the ways that I’ve known.

And with that, here are this single mom’s rules for her son when he starts dating:

1.    If she is taken aback in a gently confused manner when you open the car door for her, when you help her take off her coat and then help her put it back on and when you pull the chair out for her at the restaurant, it’s because she’s never been in a relationship where the man demonstrated such chivalry.
2.    If she hesitates to hold your hand, it’s because she has yet to wholeheartedly trust you. Look her directly in her eyes and tell her you will lead her well and that you will protect her. And then let your actions be proof of that promise. DO NOT ever think that a mere text message(s) will suffice as a substitute for any of that.
3.    Do not make her the scapegoat for all that goes wrong. She knows she is not perfect, but neither are you (none of us are). The habits you harbor may be what makes her question your love for her.
4.    Do not harbor habits that you know your mother won’t approve of; do not harbor habits that will keep you from living and feeling freely – live life in the most natural way and unchained to habits that may cost you an angel.
5.    Try to understand what it must’ve been like for her to walk the road she walked, but if you can’t [understand], then with an abundance of compassion, respect her (perhaps even admire her) for the strength she had on a road that has either killed weaker people or caused them to quit.
6.    Do not attack the very best part of her and then find fault in her fear and frustration in her hesitation.
7.    If she’s tired from a day that has her head spinning, let her rest. Don’t ask anything of her, but be present. Hold her, say nothing but be content knowing she is resting her head in your arms because she feels protected by you.
8.    Buy her flowers. You need not break the bank on this, but simply knowing what her favorite kind is, and then surprising her with a single stem of that flower…trust me, it will make her smile and it will make her feel cared for.
9.    Do not ever make a woman feel as though her only worth is in the bedroom or that her only worth is to make you money and advance your career.
10.    Do not awaken the love of a woman if you have no intention of loving her. (That rule comes from Bob Marley but do not do as he and his wife did and engage in extra-marital affairs.)

See, moms in thongs can manage to muster up advice that is more polished than the undergarments that define, “coolness.”

Suzanna Parpos works in the field of education and freelance writes a newspaper column. She is the author of, “A Year on Route 30: One Mom’s Collection of Essays” and “Awakening the Blank Canvas: A Collection of Essays Continues.” She lives in Framingham, Massachusetts, where she is known for the moon-shaped Greek cookies she bakes and delivers around the city, while wearing stilettos and her camouflage Red Sox baseball hat. Visit her site: www.suzannaparpos.com. 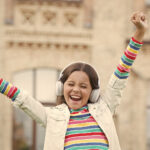 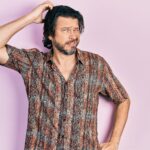