Dating is a small town, in your 30s is a bizarre experience and definitely isn’t for the weak. Everyone judges you for everything you do. It is looked at as a negative to have an active dating life.
I won’t settle and I’m judged for that.
The fact that I am comfortable and confident enough to chose to stay single instead of staying in a relationship with the wrong person should be celebrated not frowned upon. When asked why I won’t just settle down, my response is always the same “there is a difference between settling down and settling.
I refuse to settle. I don’t need to because I am independent and strong all on my own. I have put in the work over the past few year to learn to be OK alone.
Scratch the ‘OK’ I’ve learned to thrive, alone.
“What if you die alone?”
First of all I’m only 34 years old, relax!
Second, I won’t be alone. I have family, friends and 2 children who love me. My village is solid and gives me whatever I need. I’d rather be alone than be in a relationship where I feel alone.
“Dating must be hard on the kids.”  It isn’t.
I want my kids to watch me and see a strong, Independent person who won’t settle for less than they deserve or desire simply because that’s the socially acceptable route. I want to teach them that just because society says “marriage is the goal” its really not.
There is nothing heroic about being married.
I want them to see that happiness comes from ourselves not solely the people around us. I want them to respect themselves enough to know that they are worth picking and choosing who they share their time with and if (and when they get that wrong) they can leave at anytime and move on. I watch people settle around me often.
Their children surrounded by toxic, unhealthy habits as a result. I won’t do that to my children.
We need to stop pretending that marriage and settling down is is the priority and some act of success.
Some marriages are healthy and functioning, I understand that and that is exactly what I holding out for, I just won’t take any shortcuts to get it.
After ending a relationship I hear a lot of “you should take a break from dating, be single for a bit” when my married friends have fights or separations from their relationships, we don’t give the same advice.
We say “stick with it” “fight to be together” “marriage is hard.” So why can’t us single ladies that end a relationship, dust off the dirt and try again?!
Dating is hard too, apparently. Dating isn’t what’s problematic, the societal expectation that we should settle is.
I have literally received hate mail from a woman, whom I barely even know, saying that from what she can see on social media, I’m a slut who can’t keep a man.
I took this personally for about 5 minutes, had a cry and then reminded myself that this woman’s comments had nothing to do with me and everything to do with her and where she is currently at in life and obviously her lack of emotional intelligence.On what planet did this woman think that she was entitled to an opinion a life she knows nothing about.
If I was a man, no one who think twice about my dating life. Women shouldn’t be defined by their dating experiences, we are so much more that.
If you find yourself “triggered” by someone else’s life that doesn’t directly affect you or by what you see on their social media feed, grab a self help book, work on yourself and reflect because they aren’t the problem. Your perspective is.
About the author: Megan Rothney, single mother of 2 beautiful Autistic boys and foster mom to various children.
She is passionate about living life on her own terms and unfazed by  societal expectations.
3
Author Wannabee BLUNT 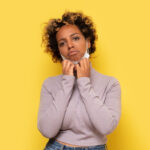 An Interview with My Pandemic Self, April 2021 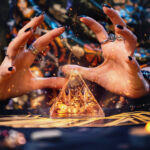 So Your Daugther’s Doing Witchcraft