I am not a cat person.

Dogs are just better in general, specifically big dogs. For the last twenty years, we have not had a dog that weighed under a hundred pounds except for a Pug. He was kind of the comic relief with his snorting and ridiculous face, but all the kids loved him. There were times when we had two Great Danes who would toss him around in a game of pugball. That is a story for another day.

We lived on a farm for a bit, and had an outdoor cat and she was nasty. After her ten year life, I wasn’t terribly sad about her demise. Yes, I am a bad person.

A few years ago, my son started a campaign that he wanted a cat, and to my horror my husband supported it. Traitor. My daughter was neutral, also a traitor.

I resisted for seven years. We always had a dog or two and I figured, why would you need a cat when you have dogs? It is like having a pair of Dwayne Johnsons already, and also getting a Woody Allen. Why would anybody want a neurotic weak pedophile when you have a set of muscular powerhouses already?

Every once in awhile the appeals committee would meet and the boys showed me rescue kitten pictures. I was unmoved.

Then came the day last year when I brought my daughter to University. As I flew home I started thinking about how life was going to be without her. We would all be sad and a little diminished by her absence. We had already lost one of our dogs, and our Mastiff was getting very old. I knew it would be brutal if he passed anytime soon.

It dawned on me that I could make the lads happy if we got a cat. So one day I texted my husband a simple sentence: We should get a cat. I could feel his elation through the phone when he wrote back: actually?

We went and found a cat at the pound, a five-month-old kitten and presented it as a surprise to my son. He was overjoyed and life carried on,  just a wee bit happier.

As a retired hack writer, I am home all day with our dog and the cat. Recently our old dog gave up the ghost so now it is just me and the cat. My son named him something stupid so I just call him “cat.”

Things I did not know about cats: they pick their person. I am the cat’s reluctant person. It is a tragedy of Shakespearean proportion for the men in my family. He will play with them, but I get all the love and affection.

He has also turned into a pseudo-dog. He will play fetch with a bottle cap and bring it back every time. He comes when I call him and skitters away when I bark “hey” when he is doing something he shouldn’t. He sleeps at our bedroom door, and as the first one out in the morning, I get the chatty greeting. His excitement is obvious, and as soon as I sit on the couch with a coffee, he is up on my chest trying to lick my face. He also attempts to sleep on my boob shelf a few times a day. When it is cold out, I let him.

Occasionally he is the terrorist of the house, careening back and forth like a dervish. The other night he came flying into the living room as he does multiple times an evening. It is always the same route, he flies in at mach speed, jumps up on my husband’s belly and uses the momentum to land on the back of the couch. This time he missed the mark. Imagine the sound of a twenty-pound raccoon being thrown at the picture window by a baseball player. That is what it sounded like when the cat hit the glass. He dropped down behind the sofa, and didn’t come up.

After a few moments I asked my husband from across the room, “is he dead?” He looked over the back of the couch and said: “he’s alive but just sitting there shell shocked, probably winded himself.” Eventually, the cat slowly crawled up on the couch and slept the rest of the evening.  The next day he did it again.

The fact that we lucked out with an affectionate dog-like cat has been a relief to the man people in my house. They know the more dog-like the cat is, the less I will bitch about the cat with the dumb name.

I am currently biding my time and designing a strategy to get a dog, but for now, the cat will have to do.

In the meantime, I scored some serious Mom points. When you have a teenager, you take all the gold stars you can get. 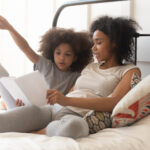 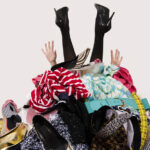 I Am Not Your Dumping Ground