I have to admit that, after the shock of Trump’s victory in 2016, I was doubly rocked by the reality of our new, branded first lady.

I wasn’t happy, and here’s why.

First of all, Melania Trump was an obvious foil to Michelle Obama, who ranks among my all-time favorite first ladies. Melania’s loud less-than-ness immediately made her unpalatable.

Secondly, it wasn’t long after the inauguration that Melania’s official (and hastily edited) bio was marketing her QVC wares to every whitehouse.gov visitor. Though we will never be sure if it was Melania herself (or some underling) who insisted on hawking crap jewelry, I suspected she wasn’t entirely innocent.

Mostly, though, it was guilt by association. I couldn’t imagine who in the world would conjugally ally themselves with such a douchebag of a man.

At some point, however, I actively decided to withhold my judgement. Who was I to censure a woman thrust into the worldwide spotlight, which was not necessarily what she signed up for? Who was I, a vocal accuser of #womenhatingwomen, to dismiss another woman before giving her a chance to prove herself?

So, I tried to construct a narrative for Melania, a story that might convince me she wasn’t the vacuous, trash wife of a reality tv personality who unfathomably weaseled his way into the highest office of the United States.

I considered the multiple times she shoo-ed away Trump’s tiny, turgid hand when it slithered toward hers. I decided that this wordless shunning sent a  clear message: I am, marriage of convenience aside, definitely not allied with this stooge.

There was another piece of crucial evidence.

Melania’s #BEBEST campaign. The first lady, in describing her goals, exhorted, “…it is our responsibility as adults to educate and reinforce to [children] that when they are using their voices—whether verbally or online—they must choose their words wisely and speak with respect and compassion.”

Priceless!! Her pet cause couldn’t be a more direct jab at her cyberbully husband, who wildly slung adolescent insults like ‘loser’, ‘zero’, ‘horseface’ and (my personal favorite) ‘dummy’ across social media platforms. What an amazingly bold way to target this man-child who so obviously never learned to *choose [his] words wisely and speak with respect and compassion*. Melania was denouncing the very hobby the president reveled in!

I was almost satisfied. Too soon, however, my fledgling narrative got wobbly. It was the  Zara “I don’t care” coat.

No one, absolutely no one, would blindly wear that fabric sandwich-board to visit a collection of terrified and terrorized children, cruelly separated from their parents by our White House itself. I couldn’t make sense of it.

I forced and shoved and maneuvered my mind towards a sort of understanding. Melania wasn’t saying I, personally, don’t care—she was slyly and chic-ly insinuating that HE doesn’t. I was pretty much, very nearly, almost sure of it. She was saying so many pointed, revealing words about her putrid husband without even opening her mouth.

But she did open her mouth.

Asked about the coat, Melania blaringly announced that “The jacket was worn for the people and the left-wing media who are criticizing me, and I want to show them I don’t care,” and then, “I could say I’m the most bullied person in the world.”

In the end, her reasoning was really three part:

With that, my narrative was shot to hell.

After her gob-smacking explanation, Melania could never do anything to redeem herself. I didn’t need any more pronouncements, and honestly, after that episode, Melania faded into the background.

And then came January 6 and the terrorist insurrection fomented by Mr. Trump. The violence was truly horrifying, with police officers bludgeoned by wrenches, hockey sticks, crutches, and even a flagpole with an American flag attached. The casualties—crushed spinal discs, the loss of an eye, brain injuries, deaths—were heartbreaking. (The residual effects, which will be staggering, are not even fully known at this time.)

In response, our former first lady stood in front of the whole of America and had this to say: “I find it shameful that surrounding these tragic events there has been salacious gossip, unwarranted personal attacks, and false misleading accusations on me….”

Melania might discover a cure for Covid and/or provide freshwater access to every dysentery-affected country, but she will always be, in my eyes, nothing more than a degree-falsifying, rosegarden-bulldozing, Christmas-hating mannequin with plumped lips and a shriveled heart.

Last month, we all watched her say goodbye in that cacophonous, geometric sheath, a fashion choice that screeched, “I served my time, now screw you, Donald.”  And we all felt a little glee in our hearts when she so haughtily and publicly strode past her husband as he stopped on the runway and flashed his veneers for the cameras.

But that doesn’t outweigh a four-year reign of tone-deaf narcissism. I wanted Melania to be exceptional—but she only ended up being exceptionally well-placed in an oily, cold-hearted, and soulless family. 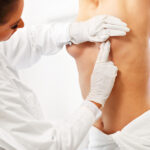 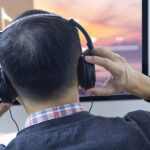 I Hate Co-working With My Husband