Years ago I worked in a medical office and at the holidays the doctors would always give us lovely gifts.

One in particular, who happened to be Jewish, would give us the most beautiful fruit and candy baskets for Christmas. One year when I was thanking him, he mentioned how much he loved Christmas. Curious, I asked him why. He said, “Oh, it’s wonderful! I get invited to all the best parties and eat all the best food, everyone is always so nice and I don’t have to do a thing!”

At the time I thought it was sweet, but as the years have passed and I have added kids, in-laws, decorations, high school finals, and three family birthdays to my December workload, I have decided that he was actually a fucking genius. What I want this year is a Jewish Christmas.

As far as I can see, there is no real downside to a little seasonal religion swapping.

Parties? I’m your girl! If I don’t have to be vacuuming up pine needles or wrapping gifts I’m sure I can find the time to attend several more than normal.

Food? There has never been a cake or cookie that I have passed up. It doesn’t even have to be the best food. I’ll eat green bean casserole. Just throw in some wine, maybe a flute of champagne and I will be as happy a…well, as me with wine!

Everyone is always so nice? I had to think about this one. Then I realized, of course he thought everybody was nice. He wasn’t the one fighting bargain hunting Grannies over the last discounted toaster that makes toast with the face of Jesus on it. So ya, maybe people do seem nice. I have never been one to care if you wish me Happy Holidays instead of Merry Christmas either. Hell, I’m up for a Happy Hanukkah or Joyous Kwanza too. As long as you are being nice, it all works for me.

But the thing that I always come back to is him saying “and I don’t have to do anything.” It’s like hunting for a magical, rainbow-colored unicorn. I understand it, but does it actually exist? I would love nothing more than to turn into a Christmas Tourist this year. Just walking through the stores and marveling at the decorations, singing along to the songs, then picking up a bottle of tequila and heading home. Because I don’t have to do anything.

I imagine the endless joy I could feel this holiday season if I did not have to spend hours of my time hunting down things on Amazon Prime that are never going to arrive anyway since they will unavailable as soon as it’s too late to get a replacement. What’s even worse is scouring store after store for a bunch of random, useless trinkets for the 6 stockings I have to fill.  Yes, I’m in charge of filling my own because The Hubs will forget and then the kids will think Santa hates me. Instead, I could pick up one or two things for myself at a great price and never have to actively participate in the lunacy that passes for shopping this time of year. Though I’m sure it brings a sense of amusement to the season to watch grown women wrestle over a crock-pot that is 20% off. Doesn’t everyone already have a crock-pot anyway?

It’s also the perfect excuse to avoid those Christmas gift exchanges that have come to include so many people that you need a spreadsheet to figure them out.  You know, the one where you draw your sister-in-laws ex-boyfriends mother’s brother, who happens to be in doing time in federal prison, so no sharp objects! No constant tracking of who you purchased gifts for, who you didn’t, and where you hid them. I can’t be the only one that has found gifts tucked into secret hiding places sometime in June. No trying to “balance” the gifts for the kids so it doesn’t look like Kid 1 got a ton of gifts and Kid 2 only got a couple even though Kid 2’s stuff was way more expensive. I get a migraine just thinking about it.

Of course, there is no chance I’ll be able to have a Jewish Christmas of my very own. At some point, the spawn are going to revolt and demand a decorated tree with all the trimmings. The only thing I have going for me is that they are too old for that freaking Elf on a Shelf shit and for that I thank you, Jesus! 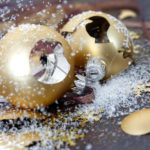 10 Ways to Find Your Christmas Spirit 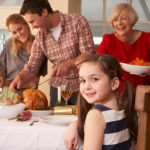 I Wish She Would Come For Christmas Dinner