Barack Obama, Tom Brady, John McCain, and most importantly, my dad – Christ Anagnost all have one thing in common. These are all men with summer birthdays who started kindergarten at age five.

Myself, well, I was old for my grade starting kindergarten at age six. My parents wanted to give my twin brother and I that edge. It worked, at first. For the most part, things came easily to me. But then – freshmen year geometry. That damn Pythagorean Theorem. It got hard and I didn’t know how to work to understand it. I gave up. My parents hired a tutor and I would sit at our dining room table, wearing my obnoxious Abercrombie sweater and all, in a daze pretending to give a shit. I had to take geometry again and I barely pulled a C.

Sophomore year in college, I took an advanced literature class with a bunch of senior intellects. They were making sense out of Victorian poetry that I could not grasp. I stopped going. Instead,

I’d hide in my dorm room eating Easy Mac and IMing friends on AOL Instant Messenger. I was embarrassed that I couldn’t comprehend the deep stuff. When I saw these whiz kids walking on campus, I’d turn my Discman volume up and cower my head looking to my boots.

The self-doubt was relentless- upper-cutting my brain. I skipped so many classes I flunked the course. If I had had one scrap of grit in those situations, I would have studied and drudged through it. But, instead of busting my ass to earn that C, I quit – and I failed. Because in my reckless young mind, it was cooler if I had failed and not tried than tried and earned an average grade. I had no courage.

Redshirting your five-year-old boy with a summer birthday is indeed a popular topic and a hefty decision for parents. And it should be. Kindergarten is the new first grade, they say. As an educator myself, I was convinced that my son would be six when he finally started kindergarten. I did my research and studied the facts. My husband and friends got sick of listening to my neurosis surrounding this subject. Because, kids who have that extra year are less apt to develop ADHD. That extra year will give them confidence in their academics, on the playground, and in athletics. Outliers: The Story of Success by Malcolm Gladwell is a trendy, but not new book regarding this topic. With research to back it up, Gladwell suggests that “redshirting” your child only sets them up for achievement – all kinds of achievement, not just academic. The research goes on and on.

Each child is different and develops at their own pace. We all know this. Parents can recognize if their kid is socially, emotionally, and academically ready for the big hike to kindergarten. I’m in no means advocating that all kids, boys especially, should be sent to kindergarten early.

I was on the fence for months after my son’s preschool teacher insisted that he was ready for kindergarten. At his conferences, she presented me a table on a worksheet that showed me whether he was “on target” or “working towards” certain age-appropriate tasks. His teacher sketched a checkmark in every single “on target” box except “ability to skip and hop on one leg.” (I’ll blame his lack of coordination on his father.)

Nonetheless, I persisted. “So, what does this mean about kindergarten? He is a boy with a summer birthday.”

With a smirk and a chuckle, she responded, “I am telling you, Anderson will be bored if you decide to place him in a young fives program next year. And it may just backfire.”

“But he still naps (sleep, another thing I am neurotic about in the Mom Department),” I pushed on.

After time, I let the idea of kindergarten settle in. More importantly, I swallowed that jagged little pill and decided to listen to his teachers. The teacher in me needed that damn dose of humility. His teachers are the ones who spend the time with him in a school environment, not me.

The main reason however, aside from the fact that he is ready in most areas, is that I want my child to acquire grit. That thing I didn’t have while flunking geometry or poetry – something I didn’t earn until my thirties. Yes, it took a hungry newborn baby with reflux and the whole beast of motherhood to earn that fucking medal. My father on the other hand, well, he was pretty much born with it.

My dad, Christ (pronounced Chris, although the spelling may go to his head at times) was four (almost five) when he started kindergarten. He was a tiny runt who got beat up on the playground and in athletics. My father worked every single day as a dishwasher in a restaurant, and in the classroom, to help create a life with his Greek immigrant parents. My Yia-Yia, or grandmother, arrived to Ellis Island and never saw her family in Greece again. My Papou, or grandfather, pushed a damn ice cream truck in downtown Detroit so that his family could live in a studio apartment with dusty concrete floors.

Needless to say, my dad and his family struggled. But he put that pick in the mountain and trudged to the top. It took him five different colleges before finally earning his undergraduate and law degrees. But damnit, he did it. He had the fortitude that I did not have to knock-out his own self-doubt. He’s been practicing law (not as often these days) for over fifty years and at 81, he still uses that grit. Life is hard. Defeating the big and little battles is what make it all worthwhile.

I know that my son will not be the President of the United States or the quarterback of a Super Bowl winning football team. Being young for his grade will be challenging. It will not be all rainbows and butterflies. There will be frustration and uncertainty. But in life without grit, you don’t truly triumph. You are only victorious out of the arduous fight and long hours hammering at the punching bag.

I hope that he will learn to have the perseverance, bravery, and stamina that those who have grit have. I hope it carries him in the classroom, in the band room, on the soccer field, or wherever he chooses to thrive. So yes, it is likely that my son will have to bust his ass because of his age – like his Papou did. I hope he does.

Angela Anagnost Repke lives with her family of four in Michigan. Her degrees in English and Counseling suddenly mean more to her since becoming a stay-at-home-mom to help her mother in her triumphant battle against cancer. She turns to writing to help in both her daily blunders with her children and rediscovering herself again outside of being a mother. Angela is the Managing Editor and Contributor to the Genesee County Moms Blog. She has been published in Her View From Home and has a forthcoming literary essay in Mothers Always Write. She is passionate about the camaraderie of motherhood and hopes to unify women through her writing. 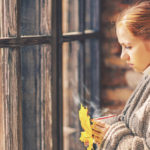 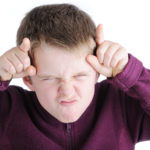 “Fuck Trump,” And Other Playground Banter