When I was a little girl, I learned that there are words you shouldn’t say. The priest said so and I trusted him. This is why I decided I wouldn’t use these words. I knew which ones they were; some kids at school were using them already. But not me. I told my parents: “I know many bad words, but I’m not using them.” And I didn’t.

I kept my resolve. I would get very upset and cover my ears when someone said a “bad word.” I would laugh at these clueless people who used the F-word as spoken punctuation marks. But then one crazy German teacher changed my outlook on swearing.

Imagine my shock when he specifically taught us swear words because he claimed that cussing is an important part of any language and culture.

“It’s not possible to understand a culture if you don’t know its swear words,” he told us.

There is a cool study showing that cussing actually relieves tension and pain. It even works better than other ways to calm down. It also can have other benefits: Swearing can be cathartic, cleansing. It helps you blow off steam or if need be, draw attention to yourself.

There is beauty in a perfectly placed cuss word. It’s like chili in our food, unpalatable on its own but adding tiny flakes of taste to an otherwise bland and boring dish.

Some people, like this writer think that cussing is neanderthal-speech. She warns she won’t read your blog post or even come back to your blog if you swear. But people like her fail to understand that bloggers don’t cuss because they’re hungry for sensation and readership, or even money. The bloggers do it because some of them have potty mouths and they simply write like they speak. And besides, most paying sites don’t like swearing because it would offend their sponsors.

I still think that there is a time and place for swear words and whoever uses them shouldn’t do so out of laziness or lack of imagination. Swearing for the sake of swearing is not my cup of tea. I also agree that in some situations swearing is absolutely not acceptable.

Even now, after 3 kids, I don’t swear…by which I mean I only swear in my head. Because I’ll be the first one to admit that some situations are simply asking for something stronger than a plain “damn,” especially with kids. I’ll totally understand if you use cuss words in one or all of your blog posts.

If you have something interesting to say, the swearing won’t bother me.

I don’t swear but I’ll defend your right to do so to the death. 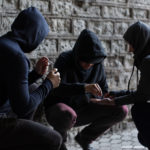 My Son Smokes Weed And I Didn’t Freak Out 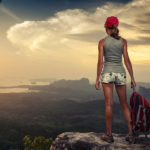 I’m Not Crazy, but if I Were… #QuestionMadness