In this Thanksgiving season, it is essential to remember it is never too late to say thank you. Sure, it gets embarrassing if you have had ‘Thank you note to Nana’ on your to-do list for fifteen years, but she will receive that card, grab her magnifying glass and remember she is loved, her actions are appreciated, and she has the best granddaughter in the world.

If you are feeling guilty about some thank you’s you have been meaning to get to and putting them off because it just sucks to be that vulnerable, let me share a story.

In 1990, yes, that is 29 years ago, I started having seizures. Petit Mal seizures (Absence Seizures) to start. Then I graduated to terrifying Grand Mal seizures that made my now-husband fear the worst. That he didn’t have a keeper, after all, I was meant to be thrown back. He didn’t heed the warning signs, so the rest is on him.

I went to the doctor and had a vast array of tests. To be clear, I asked for a vast array of tests and I would likely have been scheduled for my CT scan sometime this year if I had just been a patient patient. But I was far from patient. I was a pain. I saw my doctor so regularly I had to be excused from exams, final assignments, and work. But my doctor didn’t believe me when I described how I felt. I talked about how I experienced an out-of-body event. I could hear the action going on around me, but I couldn’t move. I wanted to speak but was paralyzed. I felt light-headed and heavy at the same time. I also believed the earth was flat. OK, maybe not that last one, but I can imagine how crazy I sounded.

Man, that was a lot of warning signs Babe, you should have run.

Never knowing how a seizure felt or even looked, I suppose I didn’t have the right words, or he didn’t know how to interpret them. My doctor ordered blood tests, glucose testing, and that was all. But I kept going in. Then I had a Grand Mal seizure witnessed by several people who did have the right words, and the doctor sent me for an EEG.

The technician strapped me in and hooked me up to electrodes, flashed pretty lights in a dark room at my eyes, and I felt ‘it’ happening. I was outside of my body and could hear the technician screaming at me to follow his directions. I couldn’t even breathe the way he was asking. I failed an EEG. My CT scan happened later that week as an aside.

The following week I got the call from my doctor to tell me I had epilepsy. He didn’t call me in to discuss it, he just phoned me and asked me what pharmacy I used. After the initial shock and a look-see at the Encyclopedia Brittanica (Google before computers) in our basement, I talked to my pharmacist. They told me the drugs the doctor ordered were pretty strong, so I wanted a second opinion.

I went to the Yellow Pages and found the only Naturopath in my area. He was a Chiropractic Naturopath, and I booked an appointment.

My father came with me and played the role of my skeptical level-head. I talked about my seizures, diagnosis, medication concerns and asked if there was a natural solution.

“You don’t have epilepsy,” he said with confidence.

“If you had epilepsy, you would be having a seizure right here. My fluorescent light has been blinking since you walked in the door. What you do have is spinal misalignment.”

He hadn’t yet laid a hand on me when he pulled out a sheet of paper with a spine on it–which I kept. The doctor circled several vertebrae and sent me for an x-ray. Moments later, he put that x-ray beside the sheet of paper, and we saw the same vertebrae he had circled were visibly out of line.

I went for several months of treatment, and the seizures stopped. For years I checked the box that asked if I had ever been diagnosed with epilepsy and was sent to see several different neurosurgeons when finally one of them told me to stop checking off that box. “Your chiropractor was right.”

Now, you’d think I would thank my Chiropractor at the time. I likely did. I didn’t THANK thank him with a proper note instead of a word or two at the end of my appointment.

I never had another seizure after his treatments, and my life continued. We married, moved countries, moved back to Canada, bought a house, had kids, and our days went on.

But I still owed my doctor a thank you.

Embarrassed by the time-lapse, I sat at the computer and looked to see if he was still in business. He was. I crafted the thank you starting with, “You likely don’t remember changing my life, but I remember it and owe you my gratitude.”

It was cathartic to get the words on paper, and I had a good cry before pressing send. I crossed it off my list with a red pen then went to get that framing done that was from 1994 (true story).

The doctor’s office was so touched that I had taken the time almost three decades later to thank them for what they did daily. They wrote back to tell me they had a special staff meeting, shared the letter on their website (with my permission), and it reminded them how vital their daily work is to people. My heart was full.

So, even if it is a thank you for the flowers, the condolences, the kind words, or the birthday gift (I’m sharing my to-do list), sit down this Thanksgiving and give the gift of thanks. You will be glad you did. 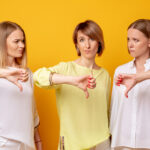 Why I Had Such Hope for White Women 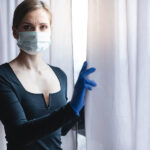