For those of you who wonder why victims of sexual assault DO NOT report the assault, you are witnessing the answer. A woman risks her career, family and now her life to come forward to let the world know what kind of man Kavanaugh really is.

She is now a target for the ignorant men who make up our Congress. She is the brunt of jokes by ignorant Senators who still feel that women ask for it. She is being attacked by the pussy grabbing president who has proven over and over again how he feels women are subservient to men and only valued by the size of their breasts not their integrity nor intelligence. This president who wants to have sex with his own daughter!!!

Women interviewed on TV stating “He was just a boy.” “There was no sex, just putting his hands where they shouldn’t be.” Really! “ How can he be held responsible for something he did as a 17 year old boy?”

Ironically, the last I read, the Republicans want to prosecute 17 year old boys as adults. But I guess that’s only if you’re not a white member of the Good Ole Boys Club!!!

These boys grow into men who continue to think assault against a women is acceptable behavior. After all, she asked for it right!

This woman is asking for an FBI investigation. It is a crime to lie to the FBI. Dr. Ford knows this. But she is once again being assaulted for telling the truth. If Kavanaugh was not guilty, I think he would welcome an FBI investigation to clear his name. But No. He’s not interested because he knows what he did.

So now the Church supports Kavanaugh and wants his nomination pushed through. Of course rapists stick together. I guess those little boys asked for it too. Sick men of the same mindset have no business having an opinion or a voice defending others guilty of their same crime.

Trump, Congress, and the Republican Party are allowing a man accused of a crime against a women to slide by and become a Supreme Court Justice. They have verbally stated the outcome of this investigation in no way changes their mind about one of their own!!!

If this doesn’t outrage you I cannot imagine what your moral compass is or how you continue to support a sexual predator as president or Supreme Court Justice.

Remember, Brett Kavanaugh, you have 2 daughters that one day will be in high school. I wonder what your reaction would be if a boy like you “put his hands where they should never have been.” Will you tell her “oh honey, he’s just a boy, let it go.” Karma, Mr. Kavanaugh. Karma. 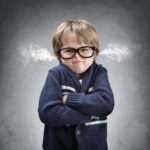 The Tale Of The Hairy Nipple 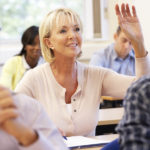 Back to School As An Adult: The 6 Stages