Let’s just start off with the fact that I have control issues. I am not sure if it is genetic or learned, whichever it is, I’ve got it bad.

Having kids has been an excellent, and often excruciating, exercise in letting go. There have been some successes, like overcoming my phobia of cold wet bathroom floors, and crumbs. Actually I lie, crumbs make me want to curl up in a plastic bubble and rock gently back and forth until someone —or some dog— has ‘crumb-busted’ the place.

I’ve managed to repress my belief that picking out clothes in the morning should take 20 seconds, and should be color coordinated.

Other areas have not been so successful.  When 10 clean pairs of PJs end up balled-up on the floor and they can’t figure out what to wear…TO BED, I want to post the kids on eBay, no reserve. But since I can’t, I yell; there goes the no-yell resolution, again.

I am persuaded this inability to let it go has to do with me being half French. I suffer from the idea that my kids are supposed to listen to me or at least take a cue from my ‘big eyes’. Sometimes it works, but sometimes they ask me if I am feeling unwell and want to lie down. Did I mention they are six and four?

I always try to expose myself to different types of thinking. I embrace challenging my long held beliefs, even when it comes to parenting -I am not entirely sure I advise this but bear with me.  Over the last two years I’ve been soaking in a sea of mama groups and posts, marinating in the ideas of dropping some of my French parenting rigidness. It has been suggested by some that I am picking the wrong battles and that my relationship with my kids would improve if I eased up a bit, if I let the desire to control everything go.

Enter The Frozen Phenomenon. Maybe it’s like the idea that the act of smiling makes you happy. I found that joining my daughters in belting out Let it Go every day for months on end made me believe letting it go would be a good idea.

I let it go at bedtime. If they were playing nicely or mesmerized by their books, I didn’t interrupt them. As long as they were quiet in their room, the kids could play until they wanted to sleep. Homeschooling meant I didn’t have to wake them up in the morning; perhaps friends were right when they said I didn’t need to be so strict about bedtime. What if their room resembled a town just devastated by a hurricane? Surely I could relax a little.

I let go calling them out for exceedingly cheeky behavior. Everyone says you shouldn’t say ‘NO’ all the time. It felt like I was constantly adjusting their behavior and it was exhausting. I didn’t want to come across as the killjoy of the family. These girls could dismiss me with such a cute scowl and such clever little retorts, I couldn’t help but chuckle and so I let that go too.

I let go of my strict meal time expectations. Did they really need to sit perfectly? Would I be relegating them to a life of food-related disorders if they got up and played a bit between their main and dessert?

What started out as all warm and fuzzy slowly descended into chaos.

Have you ever heard of the expression: give them a hand and they will take your arm? Well my kids ended up taking my arm, my other arm, my legs, they got my patience and were making a move for my sanity when I decided to put an end to this madness.

Letting go of the bedtime schedule meant the girls eventually wouldn’t stick to their rooms.  Now I had the nightly “get back into your room” arguments. Not having a set time for bed and lights out meant the rooms didn’t get tidied before going to sleep and resembled an episode of Hoarders. And how many injuries from walking on loose Barbie doll crowns and Lego friends pieces could one woman endure? Looser bed times did not lead to any sleeping in -total myth I debunked during this period. If anything, they got up earlier-WTH? This led to bad moods, more tantrum-like behavior, and more tears than pre-liberation times.

Letting go of my behavior standards gave me brats. They stopped listening to me and they fought more amongst themselves. Eventually the rudeness went beyond the privacy of our house. I found myself mortified at what they would try to get away with when we were out in public. I’ve always praised good behavior even in my ‘strict’ days, but suddenly I had no good behavior to praise. And when I did try to reprimand them –we’ve always used a counting system– instead of adjusting behavior on the count of one or two as they had in the past, they started yelling back at me things like “NO! I am on ZERO!”

Mealtimes? I can’t say you could even qualify them as such. Who knew who was eating what, when. Suddenly throwing food was ok. I kid you not. None of this stuff happened overnight but little by little, the chaos expanded until I no longer recognized my house, or more importantly my kids. They became the worst possible version of themselves.

Instead of eliminating conflict, all this ‘letting go’ brought about much more discontent, heartache, and many more arguments.

How did I ever let myself think this would be a good idea?

And one night, amidst the chaos and whining, and crap everywhere, I had enough. Mommy had a meltdown. Our household was like a six-horsed carriage running amok with no one at the reigns.

I realized to hell with this shit. I don’t want to let it go. I want to claw it all back!

“I AM DONE!” and ” THIS IS CRAZY!”, “ENOUGH” and “NO MORE” are some of the things I yelled at everyone in the house, including the dog.

I grabbed a chalk and wrote on a board no one could see with one hand while the other was erratically flailing, pointing at everything.  I boomed everyone had to be in bed, with teeth brushed, by 7.30pm and lights out at 8pm sharp.

I rattled off rules: Toys sorted and put away.  Anything left out would go in the pink bag hung on their door and donated to the local orphanage. Anyone who left the table during mealtime would be checked off as fed and sent for their shower. I may have mentioned polishing silver, I can’t be sure.

Talking back and ignoring mommy’s requests were immediately counted.  After reining them in for bedtime, putting our boundaries back for everything else didn’t come as a surprise. The little one did have to be carried kicking and screaming twice into time out.

And then, it was over.

The rebellion had ended.  My girls, who had turned into those fed-after-midnight gremlins were back to their former cute furry little selves in less time it takes most people to assemble Ikea furniture.

Mama reining it in made my girls happy. They were well rested. They didn’t meltdown any time they heard the word “no.” I only needed to ask them to do things once.

They regularly tell me I am “the best mommy in the world.” I get showered with tickles, hugs, and kisses instead of scowls and tongues out.

Moral of the story: sometimes being a bitch pays off.

And this ice queen does still let it go, only now that means unbuttoning the top of my jeans as I eat a bag of cookies, rewarding myself for a job well done. 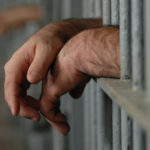 I Didn’t Give Up On Him 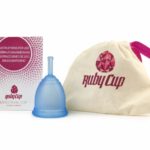 The Ruby Cup: Way More Than a Menstrual Cup