He’s still a little boy, at heart. He’s obsessing about a Lego set he’s been eyeing in his Lego Jr. magazine.

And yet, his brow is furrowed as he contemplates Halloween costumes, and I can see the wheels turning. Am I too old for a Halloween costume? Is this costume cool enough? What will the other kids think?

Then there are the bigger moments I can’t reconcile. He wants to forego a shower and take a bath with his little brother so they can play in the tub together. My heart swells at the suggestion, recalling the years of bath time play. But at ages 10 and 8, the tub barely accommodates one of them, let alone two. This, while mere days ago, we stumble across a Google query for “naked boobs” on the iPad he uses to play games on the weekends. Equally startling: the number of parent friends who share similar anecdotes about their sons’ Internet curiosity. The setting blocking adult content served its purpose. Our technological prowess exceeds his, for now.

He’s a study in contrasts.

I suppose it’s the new normal for most children, and we should be thankful it hasn’t reared its head before, but now he’s experiencing test anxiety. He began some prep work for the standardized test he will take to proceed to the next school. The material is challenging, well beyond anything he’s seen before. He came home quiet and withdrawn, clearly overwhelmed, with a hollow look in his eyes I’ve never seen before. The next morning he crawled into bed with me for the first time in years, pleading not to go to school.

In moments of turmoil like this, my mom comes to me in very lucid and specific memories. She’s been gone almost five years, and this memory is more than twenty years old. I was home for the summer after my sophomore year in college and had just had a cancerous mole removed. I was contemplating the three-inch scar and stitches, and even more heavily, the terrifying question I had overheard the doctors asking in the hallway: had they checked my lymph nodes for swelling, since it was malignant melanoma. I was a ball of nerves, having struggled with hypochondriacal anxiety for several years before this, a health scare in the flesh.

My mom was a competent cook in my early childhood. After my brother and I flew the coop, she fully embraced the message stitched on a needlepoint pillow given to her by a friend that read, My Favorite Thing to Make for Dinner is Reservations. But she was in the kitchen that day, chopping and sautéing, making a very involved recipe for curry chicken soup and talking on the phone. I heard her say to her sister, “I’m making soup. It seems like the thing to do. What else does one do?”

And I get it now: the utter helplessness you experience as a parent as your children get older and have to face down adversity, real or imagined. I keep finding myself offering to run to the kitchen to whip up something for my son. Waffles? Chocolate pudding? Pork chop? Anything to bring back the carefree play and the gleeful laugh.

I see what’s coming. He starts middle school next year. I don’t know many people who relished their middle school years. I look back on those years, particularly the first year navigating gym locker rooms and friend schisms and feminine product dispensers in the bathrooms, as the single hardest of my childhood. It gets worse before it gets better, as a rule.

I hug him as much as he’ll let me when no one else is around, and try to ask the right questions without prying. But I suspect that more than anything else, I have to watch him survive these years, waiting in the wings and offering any and all support I can.

I foresee a lot of trotting to the kitchen, when I see the worry in his eyes again and all other strategies fall short, to knock out a batch of his favorite cookies.

Joanna McFarland Owusu is a freelance writer and researcher based in Dallas, Texas. A federal government analyst in a former life, Joanna now spends her time wrangling two little boys and a toddler daughter. Her work has appeared on The Huffington Post, scarymommy.com, www.bust.com, and www.bluntmoms.com. Follow her on Twitter. 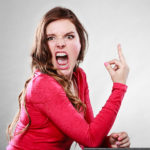 I’m Not Sorry I Didn’t Text You Back Immediately 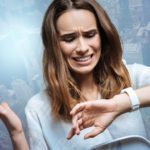