It’s hard to believe two of my girls will one day be out on their own, forging the mountains and valleys of life.

My third child gets a free pass because he’s disabled. But the other two, no siree will they be thirty years old, sitting on my couch eating Lucky Charms while I’m out working to pay for their Red Bull and pedicure dependence.

Don’t get me wrong, I love my kids more than life itself. But there comes a time when they must be forced down certain pathways in life. And for my girls… it’s straight out the door, into their cars and up the stairs to their very own apartments.

I’m not sure how this even happened, but I didn’t actually learn college was optional until I was a sophomore in high school. I remember coming home from a friend’s house, feeling cheated, just like the day I found out Santa wasn’t real.

“Dad, why did you and mom tell me I had to legally go to college?” I asked. “Sara just told me tonight that’s not true.”

“It’s not a choice, and you do have to go,” he told me. “And as for the law, it’s the law of mine and your mother’s. That law is more powerful than any state regulation or statute.” My father was a cop, so I knew his “laws” meant business.

After having college ground-in my head for well over ten years, this epiphany did little to change my course. Even though I could inhale the sweet smell of working at a coffee shop the rest of my life (solely for the purpose of partying with my friends and having multiple flavours of coffee at the tips of my fingers), the damage had been done. I had been brainwashed. I went to college despite the shackles of twenty-one credit hours per quarter, for the next eight years.

My parents weren’t trying to be high and mighty, instead the opposite. Neither of them had graduated from college and this was their way to make sure I had opportunities they didn’t. They were trying to set me up with a future full of success.

When I was a senior in high school I got the next big blow. Not only were they forcing me to go to college but I had to pay for it too. Thankfully, they did co-sign on my loans and generously took care of the interest that accrued for the entirety of my imprisonment. I lived at home through college, attempting to keep my loans at a place I could realistically pay off one day.

So, being that my parents were actually right, and that they actually did a good job, I figured I would follow in their footsteps. Hey, if it ain’t broke, don’t fix it. This is why I started talking to my girls about getting a job. When they were three.

“What do you mean you want that toy? You don’t have a job. Without a job you can’t pay for it. So no, you can’t have it and don’t bring it up again.”

Unless my girls have money saved, they don’t ask for anything at the store anymore. The idea of work is branded into their spongy little brains every time they see something they want!

“Mom, how many years until I can get a job?” Madilyn, my oldest asked a few weeks ago. It was a proud mommy moment. Of course she only asked because she wanted a gimmick found at the end of an aisle, but why she asked doesn’t matter. The kid wants a job!

When teaching my kids about the aspects of work, I use a four-letter process, just to make sure I cover my bases and don’t forget anything important. The four letters of work are easy to remember…wait for it……W.O.R.K.

Kids sure do want a lot of stuff and their desire to have more will only become greater. Why? Keeping up with the Jones’ for one but also because something ground-breaking and absolutely awesome comes out on the market every five seconds. I remind my kids there will be a lot of things they want when they become adults. But before they can get those wants, they will first have to purchase the things they need.

I’m waiting for one of my daughters to tell me not to worry, that she’ll marry for money with her good looks. I will then laugh heartily in her face before saying this, “What do you mean a rich guy will marry you for your looks? A well-to-do heart-throb may want a hot wife, but he also wants an intelligent, successful, hot wife. And if he has to pick, unless he’s a public figure with his face splattered on every tabloid magazine in America, he’s going to pick a woman for her smarts. Go to college. Find a career. Worry about the guy later.”

Do you want to go on vacation every year? What about driving a new car off the lot? Would you like to look at other parts of the menu besides the appetizers? Well girls, I hate to tell you but unless you take your education by the uh…erasers, you aren’t going to have as many options. Think of it as being at an ice cream shop and the only flavors they offer are chocolate and vanilla. You would feel cheated out of your mint chocolate chip and cherry cordial, now wouldn’t you?

Respect isn’t given, it’s earned. And although education isn’t necessarily needed to give someone respect, it helps. I haven’t talked to my girls about retirement yet, but before they hit fifteen, I’ll be introducing 401k’s and tax shelter annuities. As for the rewards, I’ll be letting them know that getting a degree, leaving the nest, getting a job and starting a life is likely one of the most rewarding feelings they will ever have.

K=Karma
Good things happen to good people. Bad things happen to good people too, but I like to focus on the positives. I’ll be teaching my girls that if they work hard, stay focused on their end goals and resist the many distracting and harmful temptations that come their way, karma should be good to them. If not, at least they still have a degree, a job and are out of my house.

Hopefully, karma will come my way too. I’ll be able to reclaim some time alone, be proud I raised productive citizens and in general, reap the benefits of being a good mom. Those rewards can’t be bought with any job or degree, but come simply out of love.

About the author: Heather Steiger is a teacher, writer, mother of three and wife. She has been featured on Something Special Magazine, The Mighty, Scary Mommy, Yahoo Parenting, CNN.com and has an article coming out in a future edition of The Friend, a children’s magazine. She is currently an “Expert Blogger” for yourtango.com. You can also find her on Facebook and Twitter.
0
Author Wannabee BLUNT 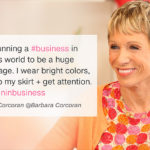 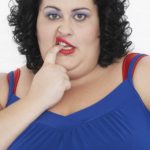