My neighbour/bestie and I were reminiscing about how long we’ve been using social media the other night. I have been using Facebook since high school, my senior year, which puts it around 10 years. (2004 – I don’t know if that makes me old or young, but I’ll take it!) Twitter and I started hanging out around 2008, it’s been good so far.

I’ve seen almost every incarnation of these sites we’ve woven into the fabric of our every day lives. I remember when Facebook didn’t use apps, didn’t have pages or groups, and didn’t really do anything much more than what Twitter does now. I remember when I stopped writing in my LiveJournal and started writing on my “Notes” tab instead. (Ohhh there are some gems in there, my friends.)

I also remember the fact that Facebook, for all of the amazing things it has accomplished since it’s been around, has also been the one thing that has made it ABUNDANTLY CLEAR which of the people in our lives are Complete. Fracking. Idiots. Okay, I’m being harsh, but they’re at least REALLY REALLY naive.

So if you want your friends to secretly put you on their restricted lists and hide your updates, you should follow my world-famous 12-step program:

You know those teenagers who think they know everything about everything, tell their parents how they should work, live, drive, etc. but really they know nothing because they’re teenagers? That’s kind of how it sounds when you share a status update like “Ugh, I hate the new Facebook SO MUCH! I miss the old Facebook.”

It’s the SAME FLIPPING FACEBOOK, people! They’ve made some changes, based on lots and lots of research into how people use their site, to help you use it BETTER.
Also, it’s FREE. It’s a FREE service you use for FREE. FREEEEE!

If you don’t like it, log off – or better yet, hire a developer, write some code and develop your own damn social network! Did I mention it was free?

2.     Share the “If you don’t like this you will…” pics and copy/pasted nonsense. Nothing is going to happen if you don’t share the picture of the puppy, except, that’s not true — if you chose not to share, people will probably hate you a little bit less.

I’ll let you in on something here; there is no secret lottery-winning millionaire who wants to share their winnings if you get them 100K “likes” on Facebook. There is no money curse that will befall you if you refuse to share a picture on your timeline. There is no teenage girl with cancer whose mom will take her to see One Direction if only she gets 1 million comments. It. Isn’t. Real.

I am honestly at a loss as to why I still get these. I’m pretty sure posting some stupid code words that make it look like I’m a horned-up cougar isn’t going to help raise breast-cancer awareness. In fact, I’m pretty sure these dumb-ass memes were started by a couple of twelve-year-olds who wanted to see how easily they could get a bunch of their dumb-ass Facebook friends to post stupid shit like “I do it on the sink in the bathroom 18 times a day!”

I can promise you, by now, EVERYONE is aware of cancer. If you don’t know what HPV or cervical cancer is, and you see a post like this and it makes you go “huh, maybe I should get a PAP!” please TELL ME.

Okay, STOP. If you don’t know what this is, go here for a sec.

You back? Good! So yes… ahem… Vaguebooking.
We’ve all done it in the past. It’s okay. Sometimes we REALLY want the person we’re mad at to know we’re mad at them, but we’re just too classy to call them out on it. … and then we turned 17.

But you can keep Vaguebooking, because then I get to comment with “#Vaguebooking” on your status update and that brings all the funny to the yard.

Much like Vaguebooking, the HumbleBrag is a way of being annoying without saying much at all. Or at least anything with any real value.

(Ex. Haha I hate it when all of the guys in Starbucks flirt with me. Whoever said being pretty was easy, didn’t have to figure out who to give their extra lattes to! ^.^)

If someone said this to me in real life, I’d straight up punch them in the face. Okay maybe not, (I’m not a republican!) but I’d probably give them a very “WTF” look and walk away without saying anything else to them. That’ll learn ya.

6.     Worry about Facebook sharing your photos.
I’ve seen this one going around a lot lately. The “Apparently my photos have ended up on someone else’s site and I hereby tell Facebook that I will buy into anything my friends copy/paste on their statuses so if you, the Facebook, are reading this 1 out of 500 billion status updates that are posted every hour, please know that you’re not allowed to share my pictures to other sites because I told you so and so there.”

a) Facebook doesn’t care about you. You are the consumer that sees the ads that they sell to pay for their bazillion-dollar-estates in San Francisco.

b) It’s clearly written, in paragraph 118 section 480,000 B, that once you upload your crap to Facebook, assuming you are actually the copyright owner in the first place, that it’s theirs to do with what they want. You clicked “agree”, you put your pics online, you need to learn to deal.

c) Posting a status update saying that you own anything doesn’t mean you own it. If that was the case I’d be like “I hereby state that I own France and British Air. Now gimme my jet and cheese. Peace, bitches.”

7.     Overshare ALL the things!
I love you, I really do. I only have people that I love (and ex-boyfriends that I stalk, and ex-roommates that I hate-stalk, and ex-coworkers that I was too lazy to remove) on Facebook. I think you’re awesome, and I think the fact that you’re able to poop and Facebook at the same time is awesome.

I’m glad that your husband shaves your toe-hair for you. He sounds like a great guy. I’m happy that your mom insisted that you try out that new douche and you loved it. I didn’t know people still used them after the 80’s ended, but hey – whatever blows your skirt up. But FOR THE LOVE OF THE FLYING SPAGHETTI MONSTER, PLEASE stop posting 417 status updates per day.

8.     Complain about your job.
I don’t know if you know this, but there are literally 1 BILLION people using Facebook. That means 1 in 7 people in the world use Facebook. IN THE WORLD. Chances are that some of your coworkers have Facebook. Or customers. Or your boss. Chances are they ALL have Facebook, and use it as much as you do.

SO, the chances of one person out of that very large group of people seeing that post you just wrote calling your boss a “see-you-next-Tuesday”  making it back to him are pretty high. In fact, the chances are so high you should probably start working on your letter of resignation, since you’ll obviously want to post a status update about how you “didn’t get fired, you quit your stupid job!”

9.     Sending game requests!
We’ve all experienced the crack-addiction known as Candy Crush …no doubt! But for the serious gamers, the ones who literally create new accounts just so they can send themselves lives on their original accounts… I’m about 40 seconds away from blocking your ass!

I’m glad you’ve found some way to spend your free time, I’m sure its incredibly fulfilling to cash in all of your bingo tokens for hot air, but I am not going to install an app just so you can figure out how to kill a chocolate-covered-sprinkle-ball.

11.  Writing Facebook status updates to your infant child.
(ex. “Omgz! Kalentaymahlayla, mommEE lovez u soo much. UR the best thing dats every happened 2 me! I aint even playin’! Ur the bestest little gurl a mommEE could ask for N I cant wait til u r 4 months old! )

I’m going to let you in on a little secret: Your daughter can’t even see 12 inches into a room yet. Her daily activities involve blowing bubbles and crapping her pants. She’s not going to be reading your status update anytime soon.

So there you have it. The 12 simple ways you can alienate your online friends, make yourself look stupid and probably lose your job! Now get to it! There’s no time to waste!

Waaaaaait… what am I talking about? There’s plenty of time to waste! It’s Facebook! 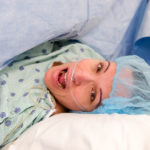 6 Reasons My Vagina is Happy I had a C-section 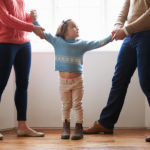 The Truth About Co-Parenting