Covid has gotten the blame for many things. Closing of schools, fairs, and concerts canceled, businesses going bankrupt plus many more. Now I’m adding the ability to keep my mouth shut. Or more accurately, my fingers still. Maybe it’s because I’m not having the normal mom talks at school pick up, or the kids’ sports being canceled, or being stuck at home with no outlet. Or simply a combination of all the above.

First, I’d like to say I have absolutely no problem with people having different opinions than mine (other than my husband). I used to enjoy discussions once in a while with people who had different opinions.  Back when people were able to hold rational conversations instead of name-calling and bashing others.

But I also could easily scroll past posts that I didn’t agree with. Most of the time, it was just a difference of opinion, nothing major, didn’t affect me or the community as a whole. Their opinion wasn’t ignorant, hateful, or misinformed.

But there’s been a disturbing trend these last few years. People have chosen to ignore the facts, or pick and choose which ones they will believe. Facts are truths that cannot be ignored and I have to admit I am fed up with these people who carelessly do so.

Too often on Facebook, I see people post “if you don’t agree with me, keep scrolling, I don’t want to hear it.” It’s social media, not your little private chat. If you don’t want people to comment on something, DON’T post it. Not everyone is going to have the same viewpoint as you. And if your undies are in that tight of a wad, maybe you should only be friends with those that do agree and you can have your own little posse, instead of celebrating people’s differences. By stating this, you are showing you are not mature enough to hold a conversation if they don’t agree with you. It’s equivalent to taking your ball and going home. It shows you have absolutely no facts to back up your opinion. These people have the equivalent answer of a parent to a bratty child: just because.

They throw their opinions around on Facebook. But anytime the first person disagrees with them and states facts that prove their post wrong, they make a new post saying that it’s ok to have an opinion,  it’s ok for you to disagree with that opinion but it’s not ok to humiliate anyone. Now stating a fact is not humiliating anyone. If you feel that way, then maybe you should look closer at the reasons behind your opinion. If you want to be an ignorant fool, expect to have facts thrown at you and be humiliated. I’m sorry, not sorry, if facts hurt your feelings. But then, these people will simply unfriend you.

These people constantly share memes and quotes spreading many lies. Not one of them fact checks anything. Even if they doubt it’s true, they still will post it as long as it agrees with what they believe, spreading more hate.

And what do every single one of these people do when facts are thrown in their face? Nothing. They never respond, they ignore it. It’s as quiet on that post as the hours before dawn. And why is that? Because deep down, somewhere buried in the essence of their core, they know facts are facts and one cannot argue against them.

So I say this: MAKE FACTS GREAT AGAIN!

BA Eubank is a mother of five children. She has been through all the stages from colicky baby to one who has left the nest. She is finally trying to make the time to pursue her passion in writing. You can follow her on Facebook at facebook.com/writerpoetdreamer 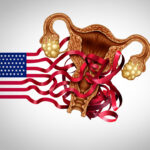 I Used to be Pro-Life, Until I Wasn’t 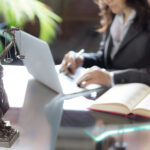