I have been hearing the phrase “Make America Great Again” a lot. I even saw a college kid wearing it on a hat the other day and it got me to thinking. The statement implies that America was once great, but is no longer, and as such we need to return to the time when we were great. Ok, but when was that? I mean, I’m know there were loads of great moments in American history, but if we are going to turn back time, what time period are we going back to exactly?

I can’t imagine that it was anything prior to the 1950’s or 1960’s, what with the depression, diphtheria and WWII, so let’s start there. I have no desire to go back to the 50’s. I have watched Leave It To Beaver reruns and if you think for one moment I am going to wear some fancy dress complete with crinoline and pearls all damn day, you are sadly mistaken. What the hell was so great about that? Not one Goddamn thing, that’s what.

So, maybe the 60’s? While I will say that “free love” and “burn the bra” have a certain appeal, I also really love my dishwasher and microwave. Additionally, all the cars were stick shift back then so I would be stuck at home. Doesn’t really sound great to me.

The 70’s? Please. If there was ever an uglier decade, I can’t think of it. Shag carpet, avocado appliances, and bell-bottoms? No.Thank. You.

Then I hit it—The 80’s! The most perfect time ever. I am certain that if we want to go back in time, this is where we want to go! Not convinced? I’ll explain.

First off, let’s just say that everyone was good looking in the 80’s. Overweight? Baggy clothes were all the rage. And thanks to Brooke Shields so were bushy eyebrows. Anyone with a can of Aquanet could have an awesome hairstyle in minutes. Have you ever tried to apply the “smoky eye” make-up that popular today? You could blind yourself. In the 80’s a little pink or blue shadow and some eyeliner and you were good to go!

As for popular culture, Madonna and Ozzy were at their peak, Andy Warhol and Keith Haring were still alive and John Hughes and Steven Spielberg were making the best movies. It’s the decade of Like A Virgin, Indiana Jones and Cheers. There was no such thing as “reality TV” and those horrific Kardashian people were toddlers that no one had ever heard of yet!

The cars came in automatic, dishwashers were in every home, microwave popcorn, cable TV and VCRs were readily available. There was no Internet to fight with random strangers about politics on and there was no such thing as a cell phone with which anyone could track you down and bother you at any minute of the day or night.

How much better can it get? There was fast food and supermarket convenience food and no one ever told you it was unhealthy. You bought coffee at the gas station for pennies and the gas was a dollar a gallon! Stamps were a quarter and a loaf of bread was seventy-five cents! 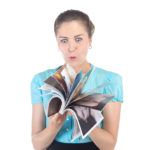 What Cosmopolitan Magazine Forgot to Mention about Sex 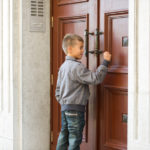