Upon occasion, we find ourselves with nothing left to say but: “Fuck it!”

This can be done in small yet effective ways and sometimes in big ones. The key is to make sure that by saying “fuck it” we are not inviting adverse side effects into our lives. In other words, don’t fuck yourself over with hasty and impromptu decisions. Knowing when to move on has more to do with the protection of our character than a desire to end something difficult.

Sometimes the most challenging of ventures have the greatest rewards. But there are other times when, no matter how hard it is, we do need to walk away. Such was the case, years ago, with a friend of mine. By the time she arrived at the “fuck it” stage, her ego was in shambles–something that had symptoms similar to that of a broken heart.  Luckily, it’s never too late to hop off a detrimental path and to map out a new one.

For this friend of mine, her new path included a move overseas. She’d always longed to travel.  She also wanted to learn how to be contentedly alone, to enjoy her own company, and to not always exist as the other half of a relationship or a member of a group.

She had finished her degree and was qualified to teach.  The world was her oyster, as they say, and she was the slightly tarnished pearl within. A two-year relationship, which she’d reluctantly embarked upon, had finally taken its toll. He’d been handsome, charming, funny and successful. But he was much more than that.  Even from their first kiss, she sensed something unsettling about him.

She tried to honour her intuition. She told him she didn’t want a relationship, that the timing was off. But she was somehow intrigued, despite her aversion. And he was persuasive and romantic. Within months, she’d been swept into the rhythm of a tumultuous relationship with him.

She’d never known anything like it. The highs. The lows. The tears. There was even poetry. Really, there was. And art. And music. He was an artist of varying degrees and his grand gestures, and complicated character, held her a willing captive.

He was depressive, narcissistic and extreme. He was also vulnerable, and at times, a liability. He was like a storm. And, as we all know, storms often leave destruction and victims, in their wake. She wouldn’t be a victim!  Instead she would help him. She would teach him. She would change him.

But despite her intentions, his manipulative words and actions–aimed to make her weak–began to sink in after all. And his other words and gestures, aimed to lift her up again, began to lose their charm.

She was not immune. And gradually she could feel herself fading, slipping, disappearing into the game of which she had become a willing player. So she ended it. And a while later, she packed her bags and set off on that journey she’d been meaning take.

Time and distance eventually made the past become what it needed to become: the past. And as her restlessness faded, she began to feel and hear the sound of her own rhythm.  It began in the uncomfortable silence of her own company, and from there, it grew.

And then, one day, amidst a sea of people, she looked up just at the right moment and came face to face with the most beautiful of men.

Always remember to hold on to your dreams, your path and, most importantly, yourself.

For when it comes to love, sure we get lost in it, initially, but we should never settle or accept another person’s insufficient version of it nor should we sacrifice ourselves along the way.

Don’t be hard on yourself or define yourself by mistakes that you make because it’s never too late to get off a detrimental path or to create a new one.

And no matter what happens, don’t stop learning and seeking until you find your own rhythm; when you do, hold onto it. Never let it go. 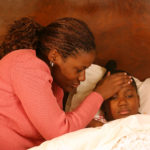 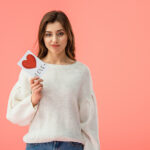