We pulled off the highway two hours north of Tel Aviv. The dusty paved road was littered with potholes and the signs on the rundown buildings made me feel like we’d stepped thirty years back in time. As we wound our way up into the hills, the five of us on the trip gradually put down our cell phones and cameras, our eyes and minds captivated by the hillside town we could see off in the distance.

My itinerary for the day started with a cooking course with a well-known Druze chef. I will admit that when I got the schedule, I had to go on Wikipedia to find out who the Druze are. I had never heard of this tiny community in the Middle East, an extremely tight-knit group of people who believe in God and reincarnation. It is completely closed to outsiders, with no opportunity to convert into it, and marrying outside of the community sees you cast out from the religion.

I’d been hoping to spend the day at the Dead Sea, but the more I read about the Druze people, the more I realized what a unique opportunity I was being given. A tall blonde woman living in the Western world, I’d likely never have another opportunity to interact with this Middle Eastern culture.

As our van wound its way through the narrow streets, everything I saw from my window cemented my initial impression – I was living in the 21st century, they were not. I expected to find a group of women who played second fiddle to their men, SAHMs whose pathway to personal success centered along the traditional lines of “women’s work”. Sure, I’d learn something about religion and cooking from them, but in return I was planning to model my modern version of feminism.

The restaurant was located up a narrow driveway that wrapped around the back of a modest, single story home. I didn’t see any signs and honestly had no idea how our driver knew where to deliver us. We piled out of the van, five Western women including myself, our eyes skimming over the rustic buildings, sparkling clean but far from new.

Our hosts were Nurah and two of her sisters, their lined faces and silver hair placing them somewhere in their sixties. They spoke no English, depending on our translators to turn their brusque words and quick motions into a language we could understand.

As the former head chef at a popular Israeli resort, and frequent guest on televised cooking shows, I was expecting Nurah to teach us fanciful dishes with exotic ingredients. Instead, she sliced potatoes and onions and trimmed cabbage and grape leaves for stuffing. Nurah was clearly in charge, ordering her sisters around the kitchen and tsking at us when we overflowed our grape leaves with too much rice.

She told us her life story as she worked, her silvered hair and lined face the only outward signs of her age. Her hands flew from one task to another, all while telling us about finding a first job in the kitchen at a nearby hospital. When word of mouth began to spread, the Israeli equivalent of Gordon Ramsay invited her to his nearby resort and offered her the role of head chef. Later, he encouraged her to return to her hometown and open the restaurant and cooking school, providing the seed money and a strong shove to get if off the ground.

When our prep was complete, Nurah hustled us out the door to spend time with one of her sisters. Despite being the center of so much professional attention, it was clear that Nurah was not comfortable with the limelight. She was happy to share her words and her recipes, but I could tell that she was itching to do some serious cooking without us underfoot. For my part, I was filled with questions about their faith and beliefs, and a strong desire to understand whether Nurah was the exception or the rule. Was her community really so supportive of her success, or did her talent warrant special treatment?

Her sister Farida led us across the street, through a shaded garden and into her home. From her living room, we could see a small kitchen and informal dining room behind it, table piled high with tapestries. Farida motioned us to have a seat on the brightly colored, low couches that ringed the room. She perched on the edge of an arm chair and adjusted her headscarf while we pulled out notebooks and pens, seemingly unfazed at having a group of Western women filling her living room.

Our guide gave her a nod to start, and she needed no further encouragement. From her first sentence, it was clear that she had a point to make, and it wasn’t the one we expected.

“Women are the highest people in our society because they do everything for the family. Whatever you do, you must respect the women.”

My pen scratched a line across my notebook as my head flew up in confusion. From my perspective, my freedom comes from my ability to step away from the restrictive home life my grandmother faced, societal pressures dictating that she marry well, have children and stay home to take care of the family. Leaving home to go off to school, marrying a man and moving halfway around the world and sending my kids to after school club while I create a career for myself – as far I knew, these were the core tenets of my feminism.

Farida was determined to make us understand how the Druze approach to feminism is different.

“Marriage is based on love, intimacy must be approached from a position of love and the one of the greatest sins you can do in our religion is to have sex with someone you don’t truly want… This is why there is no forced marriage or rape.”

Farida taught us that the Druze women are strong and important because they are loved by the men in their lives. Love breeds respect and respect allows for choice. They choose whether or not to fall in love, decide if they want to marry and have the unalienable right to divorce any man who doesn’t treat them as he should.

For the Druze, family is central to the community, and mother is central to the family. Nurah and Farida’s mother was one of the first women in their town to study. She learned traditional medicine, acting as a first port of call for anyone in need. When the illness or injury was beyond her skill, she pushed the families to go outside of the community for expert help.

In her role, she opened the door of their home to other people and other ideas, and in doing so, she inspired a generation of women to follow their own hearts. In Nurah’s case, she ventured outside of her home in search of work, her talent led to fame and her fame allowed her to return back to their small town, creating the restaurant and jobs for other local women. For Farida, inspiration meant strength, the power to say no to marriage offers, choosing to stay close to home so she could take care of her aging parents while developing her artistic abilities and becoming a world-famous weaver.

Instead of holding them back, for the Druze people, their religious beliefs keep them constantly striving for improvement. They have difficult stories with lots of grief, but these women always find a way to pick themselves back up again and move forward. Their time on earth might be short, but they are convinced that they will be back again in the future.

Through Nurah and Farida’s explanations of their culture and beliefs and their personal journeys, they opened my eyes to a new approach to making sure women have a voice. By celebrating the hearts and hands that hold the community together, the Druze people empower women to speak out, step up and drive the community forward. I went in that day expecting to be the teacher, instead I learned how to you can root yourself in your family, and free yourself from constraints at the same time. If feminism is truly about the fight for equality, maybe we should be looking toward this Middle Eastern religion for inspiration.

(My trip to Israel was funded and organized by Vibe Israel. Their mission is to create conversations – the topics and the choice of story angles is entirely my own. You can find out more about Nurah Husaysi and her restaurant Nurah’s Kitchen on Trip Advisor. Photo credit to Shani Sadicario) 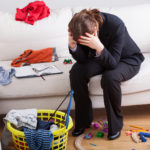 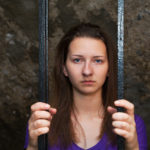 The First-Offense, The Final Straw