On Aug 14th, 2003, all the power in our house went out. This wasn’t entirely unusual in NY. There were blackouts at least once a year, usually caused by stress on the power lines, but the electricity always came back within a couple of hours. However, this blackout was different. It didn’t just affect our neighborhood. Within hours, we had learned that one overgrown tree limb and a faulty electrical grid had caused a massive blackout across eight U.S. states and parts of Ontario. For an ordinary person, it was disastrous. For a mother, it was a complete nightmare. The first thing that any mom worries about when the lights go out is the milk might go bad.

Milk- it does a body good. More than that, it makes your child grow. It’s like watering a plant. Pour some on and watch it grow. Milk is an essential part of our children’s development, but more that that, it’s crucial to a mother’s sanity- because at the end of the day, when the endless battles over eating the correct ratio of vegetables to carbohydrates to protein have worn a mother down, there’s always cereal and milk.

Fast forward 15 or so years. Our family of four has ballooned to a family of six, four of which are grown, semi-normal, functioning children. (Thank you, milk.) We are living a great life as expats in a tiny country that no one knows much about. Large house, check. Two car garage, check. Live-in-maid, access to Netflix, and close-knit group of friends who are just as anti-social as you are, check, check and check. What could go wrong?

8:00 call from husband. Get on the computer right now and check the news. I see headline after headline that the country has been boycotted by Alpha A, and countries B, C and D. Let’s call us Country I, since I stands for Invincible and also Incredibly Small. Boycott?

Flights between the countries would cease by the end of the day.
Embassies would be closed.
Citizens of each country would be sent back.
TRADE WOULD END.

This can’t happen. Where the hell would the milk come from??

I vaguely sense my husband trying to send me some cryptic message through a heavy fog that has completely blanketed by senses. Hey, we’ll get through this.

How? I think. This isn’t like the Chicken Boycott that happened a few years back, when “political relations” were strained and Country Alpha refused to send over their freshly cut chicken for a few months. Around Thanksgiving time, I asked my Texan neighbor if she was having turkey that year and she said Forget turkey! Giiiiirrrrrl, I can’t find no chicken! But flights downed? Embassies closed? How long would this go on for?

Incoming cryptic message. I’m sending you a list of all major food items that come from Country Alpha. Go to the grocery store and stock up. End transmission.

Frantic texting on anti-social friend group. Have you read the news? We need to go, go GO! Response: Why don’t you go ahead and let us know how bad the lines are?

Enlist BFF 1 & 2. They’ve gotten calls from their husbands too! My emotional state feels validated. We consider whose car can hold the largest amount of groceries, pile in and race to the store. On the way, we discuss everything from pulling kids out of school, exit strategies, and where to go for breakfast later because war might break out and we may never see each other again so we should really eat something. Meanwhile, the phone is buzzing off the hook. Anti-social group has just woken up, figuratively and literally. My husband told me to pack a suitcase and look for flights. You know the military might get involved? Should we take the kids out of school today? Can you get me a few bottles of milk? Notifications off.

We each grab two carts and enter the store, expecting hordes of mothers fighting and pulling each other’s hair for the last bottle of milk. When we walk in, the store is EMPTY. Did we all just read fake news? Texting husband. Are you sure about this? The grocery store is empty. Yes, I am. Check the list I sent you. It has all major items that come from Alpha A. Scanning list now. Oh geez, it’s like everything I use in my kitchen. Milk, eggs, flour, sugar, canned goods, but the last item on the list shakes me to my core. CEREAL.

Enter milk aisle. No moms there except us but there are a few Indian drivers who are getting calls from their Madams. I scan their carts and it seems like they’ve read the news and are clearly assuming the worse because one shopping cart has 10 trays of eggs. I take that feeling of panic and bury it down, down, down, because right now, I need to focus on one major item at a time. We take a few bottles of fresh milk but that will only last a few days so we opt for long-life milk. Another message: Get 4 boxes of long-life milk which has five cartons. Twenty cartons of milk? Including the 5 fresh bottles? Oh, well, maybe I can sell some if I need to. I don’t even notice which brand of long-life milk I’m buying when BFF 1 yells across the store “I found the milk that actually comes from cow!” Well, there’s something you don’t hear everyday.

Our divide-and-conquer strategy allows us to hit the store with unnerving accuracy. And a lot of yelling. “How many trays of eggs do you need, 5 or 6?” Hell, that’s a lot of omelettes and I don’t think we have enough space in the fridge but I’ll take 3 trays of eggs, because even if war broke out, my kids would still ask for pancakes.

The flour and sugar aisle. Baking is my form of therapy. The art of making something with raw ingredients and watching it transform into something that cannot be digested without three glasses of milk is my form of bliss. Take the voluntary baking plus mandatory baking (four kids multiplied by school events, bake sales and the random My friends loved those chocolate crinkles we made so I have to bring two dozen for homeroom tomorrow) and I’ll need, oh, a million pounds of flour to get through the boycott.

Incoming call from BFF 2 in chicken aisle. Get over here. Clearly, the people that have caught onto the boycott news are survivors of the Chicken Boycott. Among the people haggling the butcher over various parts of a chicken, I see madams, housemaids, drivers, expat moms and one of my gym instructors? Shouldn’t she be at work? If her skinny ass can call in sick for the sake of getting the last scraps of chicken in the country, then who am I?

Our shopping carts are full to the brim and we can only push one at a time, which is tricky because shopping carts in the ME have all-wheel drive so they can go in any direction. You can push one, and then go back and push another and find that the one you pushed before has either knocked someone over or is still traveling by invisible hand.

By the time, we get to the cash register, people have finally caught on to the fact that we’re not entirely crazy. There are more and more people filing into the store and I feel utterly grateful that the husbands gave us the warning. Suddenly, BFF 1 remembers something on her list. “WATER! WE NEED WATER!” Debate need for water. Isn’t that something that kind of comes with the country you live in? In any case, let’s add a few crates of water because if push comes to shove, we can mix the milk with the water and call it skim milk.

Over the next few weeks, us moms sat nervously, phones in hand, searching for any major change in the political situation. Other countries were accusing us of encouraging terrorism yet they had no idea that a mother who cannot provide milk nor cereal to her children is a terror in itself. Some families left for vacation early and some families withdrew all their money from the bank accounts. Most of us, however, stuck it out, partly because of the now exorbitant cost of airfare, but mainly because of the outstanding leadership in our little Country I as well as newfound allies.

Other countries stepped up to the plate to open up new trade routes and the country foot the bill to keep us moms from despairing over the price of groceries. Now, when you walk into a grocery store, you will still find madams and drivers and expat moms hovering in the milk section, but not because of a food shortage. We are now spoiled with choices on which country’s milk our child should drink today and that’s not a bad choice. It is a reminder that the strength of leadership and powerful political allies can even be felt by an ordinary mother in the grocery store shopping for milk and cereal.

Bio:
Adeeba Jafri is a mother of four kids, currently living the expat life in a tiny country in the Middle East that she doesn’t want to mention for fear of getting deported. She graduated many moons ago from Barnard College with a double major in Political Science and US History, before having her four kids, when she had brain cells. She is the author of The Baby Garden, Alia and the Story of the Rose, and The Path that Allah Made. She manages the FB page Dessert in the Desert, where she posts interdisciplinary Islamic Studies lesson plans and activities for after-school programs. (https://www.facebook.com/dessertinthedesert/) She enjoys food, fitness, writing, teaching, organizing youth group events, reading fantasy novels (to escape all the aforementioned activities) and more food. 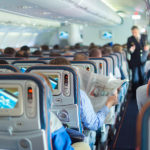 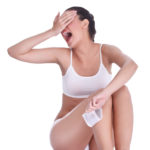