Twelve years ago I made a person. He was tiny, extremely cute, pooped and cried, and cried, and cried. Yes, I had a baby. He had colic and reflux so I nursed him 24/7 for the first six months. I felt like the walking dead, slept when he slept and eventually at nine months, he weaned himself because he had stuff to do. He simply could not face my breasts while the world was happening behind his back.

In the blink of an eye, he grew to 5’10” and now says things like “Dude, that is so Star Wars Episode 1.” He picks me up when he hugs me and eats several pounds of ribs in one sitting. His feet are beyond smelly. His room is, well, I just can’t. And he gets texts from girls. Girls! He’s smarter than I am in science and math and pretty brilliant about most other things too. But, he still has the brain of a twelve year old and can be infuriating and confusing.

And, I have never loved another the way I love him. Of course, I love my other son beyond the moon and around the block. But, there’s just something about your first born.

Don’t get all hot and bothered. I don’t play favorites. My boys are different. I couldn’t love them the same way and give them what they need. My older son is sensitive and gentle. He’s ridiculously smart, sometimes fragile, and other times strong. He’s connected to me in a way that swells my heart. And sometimes, he cannot stand me in a way that I completely understand. He typically shows remarkable discretion with the latter, by the way.

In fact, when it comes to handling the hell of puberty, he does OK.

“Mom, can you make me a sandwich?”

“No, sweetie, I’m doing three other things, you can make your own sandwich.”

Seriously? You’re a Boy Scout; you can make fire.

“Oh, sweetie, it’s hard to be in-between, isn’t it? You’re kind of at that in-between age. You’re doing a great job at being mature. And, it’s OK to feel like a little kid sometimes.”

“It’s going to be OK. It’ll be a little confusing for awhile but we’ll just talk about it like you did now.”

Sometimes, I do make him a sandwich. But, he’s growing up. And it’s a balance for me, too. I don’t do it when I get stomped and huffed at. I look for the signs of “back off Mom, I got this” and “I may be a big boy, but I need my Mommy right now.”

I’m guess I’m going through puberty again too. On the plus side, my feet don’t smell, I don’t have pimples, and I don’t have to date in the age of texting. 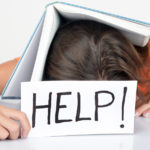 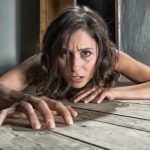 7 Reasons Why I Am So Over the School Year