Shit.  My daughter Maren studied me from the backseat.  We were on our way to the ramen noodle shop, an impromptu mother-daughter excursion meant to dispel the dark cloud hanging over my kid’s head.  That morning, Maren had played goalie for her soccer team for the first time, been scored on twice, and took the team’s loss as her fault.  She’d sat quietly until now and I figured she must still be processing those events when her nine-year-old voice piped up. “Why are you asking?” I hedged.

“I just think the parents do it.”

Oh.  Dear.  God.  I had fully intended to keep the Santa magic alive for Maren one more year.  I had made the decision weeks before, informing my husband Jason that if and when she asked, we would lie, 100 percent no question.  I knew we might get busted though.  Hell, Maren was in fourth grade and half the kids in her class were Jewish.  But I cherished the fact that my eldest child still believed in magical things, and the thought of breaking the Santa news to her plain old hurt my heart.

Plus, once Maren knew, our entire household would hurtle towards Santa’s demise as a foregone conclusion.  I pictured my daughter in an argument with her brother.  He would call her a stupidface and she would shout back, “Oh yeah?  Well, Santa’s not REAL so take that!”

Yes, Santa, twinkling eyes and jelly belly, was the plan. But, given the already crappy morning, it felt wrong.  If I waited another year, I knew Maren would look back precisely on this moment and remember me lying to her face.

Why isn’t Jason here to deal with this?  As I debated what to do, my feelings for my husband swung between anger that this conversation fell solely on me and guilt that he would actually miss it, that we hadn’t made the decision together, beforehand.  My eyes found my daughter’s in the rear view mirror. Did she really want to know?  She’d nodded.  I laid Santa to rest.

Thick silence from the backseat and then, “What?!  Santa’s not real?!”  Her voice got high and frantic.  “What about the elves and the reindeer and everything?”
“Nope.”
“None of it?!  You lied to me Mommy!  Why did you lie?!”  Fat tears slid down her cheeks.

A lightbulb blinked on in my head and I heard myself shouting from some place that felt so much further than the distance between her seat and mine. “The groundhog! The groundhog is real.”

We’d returned home to find Jason in the kitchen where a book sat on the counter next to a newly-opened Amazon box.   He studied me, trying to decipher how lunch had gone, when Maren picked up the book.

I looked at it then, actually seeing the puberty book that I’d ordered, the book that other mom friends were buying for their own nine-year-olds.  Jason raised his eyebrows in my direction.  Is the Universe fucking with me?  I’d wanted to be prepared, to tuck the book away and wait for the right moment, one that lay far-off in the future, not now.  I started talking fast. “Maren, your body is going to go through some changes soon and I don’t want them to take you by surprise.  So, look at this book and I’m here if you have any questions.”

Jason’s eyebrows were still moving up and I swore at any moment they would depart his face.  I knew he was thinking you’re doing this now?  Ha. Wait until I told him about Santa.

Maren hustled off, curious and eager at my cryptic words.  I cradled my head in my hands.  Never did I plan to slay Santa and tell our child she would bleed from her nether region in the same day, hell, in a two-hour window.  What kind of mother does that?

When I filled Jason in, explaining the conversation in the car, a sad smile played at his lips.  “She’s all grown up now,” he said.  “Guess I should teach her how to do her taxes.”

For weeks, the events of that day hung off me like wet clothes.  I deeply identified with my kid that morning at her soccer game.  It felt like someone had stuck me in goal and then kicked the ball so far over my head that I couldn’t stop it.  The unanticipated shots left me defeated and angry, leaving questions that I couldn’t answer.  Years from now, how would Maren remember the events of that day?  What the hell would she think of me?

I pictured adult Maren, now a mother herself, animatedly telling her husband how she would do things differently.  No, sir, she wouldn’t repeat her mother’s mistake of dropping so many truth bombs on their child in a single afternoon.  I could appreciate that soapbox.  I, too, have tallied the mistakes of Jason’s parents and my own.  I, too, have listed all the ways that I wouldn’t mess up our kids like they did. I bristle whenever my mother or his trots out “I did the best I could.”  Unacceptable.

And yet I need Maren to know that, on the day in question, I really did the best I could.  The urge to write this fact on her heart bubbles inside me like an unanswered kettle on the stove.  Selfishly I worry that my children’s memories may someday challenge an idea in my mind, the mother I want to remember myself being, even though I know I stray from that ideal.  My patience runs thin and I yell.  I squirm away sometimes when they come to cuddle, craving my own space when the day has run long.  I find words spilling from my mouth, answering their questions, my brain screaming to abandon whatever thing I’m saying because it is not the appropriate parental response.  But I’m too far in, it’s too late to change course.  This is me.  I’m doing the best job I can and damn it, it’s unacceptable and also the best thing I’ve got.

I want Maren to remember the good stuff.  I want her to remember everything the way I desired it to be.  The truth is, I don’t get to go through the catalogue in her head and change things, even if I’m desperate to.  In some memories, I will be the bad guy.  In some memories, I will deserve to be the bad guy. Maren’s future note-to-self…don’t repeat this thing that Mom did because it sucked.

On the night of that awful day, I found Maren leafing through the book at bedtime.  Her eyes lingered on a picture of a tastefully drawn cartoon woman without pants holding a pantyliner. She looked up, bold with new intel.  “Mom, I get why you put your hands in the toilet sometimes.”  I let that slide and she continued, “Being a grown-up doesn’t look fun.”

I sat next to her on the bed.  “Honey, some of it’s not but some of it is.  I get to have a cool kid like you.”
“I guess.” I swore I heard a tween haughtiness in her voice that didn’t exist that morning.
“Just be nine for now, okay, babe?”
She nodded and squirmed deeper under the covers.

I will never make peace with it, how Maren’s memories will get filed and what they may show.  I know one day she will hold up a mirror for me to peer into and on that day, I hope I am brave enough to see the woman reflected back.

Over the holidays, Maren told me that she wished she still believed in Santa.  I’d nodded in solidarity.  Yes, I took him away before either of us was ready and maybe I did it in a way that will return to haunt me.  But for now, we can mourn him together.  I can give her that.

About the author: Cora Waring lives in Brookline, MA, with her husband, three children, and ancient dog Fred. When she isn’t writing or chasing her kids around, she is teaching kick-ass indoor cycling classes around Boston. Follow her at: https://www.facebook.com/cora.waring 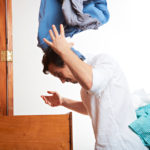 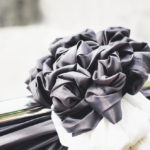 Mother’s Day Sucks When Your Mom is Gone