I post a lot of political stuff on Facebook. So much so that a dear friend once referred to me as “prolific.” I have “friends” who are only my friends for the political posts and I have loads of actual friends who have unfollowed me over it. All too often I hear the same thing from the ones who have managed, somehow, to stay around….”But you do see that HE is doing good things too, right?” So, right now, mere days before the midterms, I would like to address this.

Can I see that he is doing good things? No, but I will give you the benefit of the doubt. As the old saying goes, “even a broken clock is right twice a day.” Here’s the thing….I am a small business owner with 5 employees. I am the “job creator” and one who will benefit from the corporate tax cut. I am the choir they are preaching to, but I am not buying what they are selling. Why? Because there is so much more going on here. So much more at stake.

I cannot explain it any clearer than this…..It doesn’t matter how much money you plan to give me, IT IS NOT WORTH IT. And it will never be worth it.

I am not gay, but I do not believe that LGBTQ people deserve any less rights than I do.

I am not Jewish, but I do not believe that any Jewish people should ever live in fear of actual Nazis, marching through the streets of the United States of America chanting “blood and soil” and “Jews will not replace us” or being shot in their synagogue at worship.

I am not black, but I do not believe that African Americans should be disproportionately  incarcerated, live in fear of the police, or be disenfranchised of their votes.

I am not Hispanic, but I do not believe that Hispanics should have to live with the fear of deportation to a country where they will most definitely be in danger and are likely be killed.

I am not a Muslim, but I do not believe that they are the root of all evil and should be banned from this country.

I am a gun owner, but I do not believe that civilians should have access to weapons of war or that there should not be through and stringent background checks to obtain guns.

I am not sick, but I do not believe that children suffering from cancer or adults dying of diseases should be denied insurance and therefore lifesaving healthcare, because they are already ill.

I am not a reporter, but I do not want to live in a country without a free press and neither should you.

I am not a parent of school aged children anymore, but I believe that all children should have equal access to a quality education.

I am not poor, but I do not believe that ANYONE, EVER, in the richest country the world has ever known, should go hungry.

So if the “good things” you speak of are giving money back to people like me….I, for one, can honestly say I do not want it. I would rather live in a country that sees the value in caring for the “least of these” than in rewarding the ones who already have so much.

I have heard your preaching and my reply is this……

My soul is not for sale. 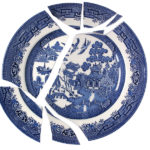 Use The Good China 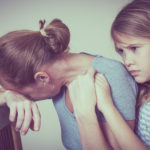 It’s Okay To Cry In Front Of Your Kids