First, pregnancy is not nine months. It’s ten. Don’t even. I know this as well as any woman. My second baby sat with his freaking head visible to the world (via my vagina in stirrups) from 32 weeks. And there was nothing anyone could do about it. Until 39 weeks. Medically, there was nothing wrong. He was fine, and I was “fine.”

For the record, I was not fine. I felt like shit. Like even shittier shit than a nine month along pregnant woman would normally feel. My doctor couldn’t induce until I was “full term” which is defined as between 39 weeks and 40 weeks and six days. That is ten months. Yes, I’m rounding up. Don’t quibble.

So when my darling boy camped on my bladder and rectum, (yes, rectum) I was fucked. I mean so damn fucked you don’t know the meaning of fucked. I’d go in for exams the other OBs would gather around like I was a science experiment. Ooh, check out the dilated cervix! Look at baby’s head shoved up against mommy’s stretched out bladder and ass, and no matter how “aggressive” wink, wink, an exam we do no membranes will break. Baby likes its current habitat.

I’d haul my self off the exam table, shove my tree-trunk legs back into black stretch-disgustingly-overworn-maternity-pants and think: I just died a little today.

Kind of like now, at bedtime. He’s nine, but has trouble sleeping. I try to leave his bed after cuddling, he’s basically asleep, breathing heavily, twitching, and he’ll reach out and grab my arm. It’s like a horror movie with the fucking corpse shooting out of the grave. “No, stay, Mom, stay.”

What, do you want to crawl back up into my vag, kid? You’ve already blown out my asshole and my bladder. Seriously, enough already.

At 32 weeks, I was healthy, but miserable. He was happy and riding low, and we waited. And we waited. Every week I’d go in for an exam and my doctor would try, go in up to her elbow, examine the shit out of me. And he’d just sit there, happy and warm in mommy’s womb. I’d haul my self off the exam table, shove my tree-trunk legs back into black stretch-disgustingly-overworn-maternity-pants and think: I just died a little today.

Second pregnancies are less fun. Guess what? First pregnancies suck too. There’s that rare woman who frolics in leggings and camisoles, a tiny grapefruit-bump baby; she runs marathons and drinks chia seed smoothies. She doesn’t get cankles, or hemorrhoids or raging night sweats, she just pops out a baby and the next day she’s on the cover of Simple magazine making quinoa salad wearing her newborn in a kangaroo pouch.

I’m not one of those women.

I didn’t like being pregnant. I love my kids. I love being a mom. Pregnancy? Not so much, especially when I felt like the kid was going to fall out of me for seven weeks, and I had to pee every five minutes, except no pee would come out!

On the plus side, delivery was a breeze, um, sort of. I scheduled an induction a week early. At 39 weeks they pronounced him cooked to order. My older son was off to the grandparents, we’d hit the hospital, bing bang boom, baby. I called the hospital that morning and the other shoe dropped.

“Oh, I’m sorry, we don’t have any beds. Call back tomorrow.”

What? No. I needed to have this baby. I was in pain with seven pounds of baby plus placenta and all that other crap shoving on my internal organs. I cried. I sent my husband out for greasy cheeseburgers, napped, and watched bad TV.

The next morning, I called again; still no beds.

“Well, it’s Saturday,” said the nurse, “we’ll just have you call back Monday.” Fucking Monday? No one has babies on Sundays anymore? I was ready to pull the baby out of me. Bed or no bed. So, I burst into tears.

The on-call doctor came on the phone. “Just come in at noon,” she said, “I’m sure someone will get discharged. We’ll get you in triage.”

We got there, and still, no mother-fucking beds. Hello? Giant pregnant woman with child crowning, can a girl push out a baby already? They sent us on a walk and to eat spicy food. Done. We got back, still no beds. I stood there, all 202 pounds (yes, you read that right) of me, and I think I scared those bitches into delivering my baby.

They threw my ass in triage and started Pitocin. Within five seconds, my water broke and that kid was headed down the chute. He had his own plans about things, just as he does now. It’s on his terms. Don’t fuck with him o r he’ll blow your asshole out.

I stood there, all 202 pounds of me, and I think I scared those bitches into delivering my baby.

By the time they got me in the room, I was sure he’d slide out onto the floor.

“Um, can someone take off my socks, and maybe get the doctor?”

“OK,” she came breezing in tying her mask on, “How are we doing?”

We? I’m about to shoot out a watermelon, where the hell have you been?

Push, push, oh look, there’s the baby. That’s it? He’s out? I had a fleeting thought—fleeting mind you—put him back in, I wasn’t present. It was so fast. Luckily, they can’t do that.

I spent more time delivering the damn placenta, than I did that kid. She massaged my giant soft white belly for a good hour. Oh my God, the relief of that was better than the birth. I am not a religious person but I think I heard angels singing. Blah, blah, blah, baby, amazing and perfect, he pinked up and within minutes was on my chest and I was in love.

Fast forward nine months and I’m still carrying around the dreaded postpartum muffin top. I decided to start with sit-ups. Sit-ups are good. So, I sat myself on my exercise ball, feeling self-righteous and plop, I felt a piece of my body, an internal organ piece of my body, pop out of my vagina. Well, that didn’t happen. Except, it did.

I grabbed a mirror and shoved it between my legs and behold! There was something I could never unsee. It was, in fact, my bladder. Not meant to see the light of day, that much was clear to my untrained medical eye; it was pink and meaty and… WTF? Then, I told my husband.

He made an I-just-drank-spoiled-milk-face. “Put it back in, just push it in. I didn’t need to know that, by the way.”

“It won’t stay in. And yes you did. My body made that baby, our baby. And now my insides are falling out.”

“Well, go back upstairs. Just push it back in.” He had his hand on the remote; I was on my own here.

An appointment with my OB confirmed both a prolapsed bladder and rectum. I’m an overachiever. Those puppies had stretched with so much weight, pressure and damn baby movement that they slipped out of their respective orifices. Whenever they felt like it and twice when I sneezed. The only fix: surgery. Otherwise I’d be stuck with incontinence, infections, pain, constipation and leakage. No one wants leakage. And it was at both ends. Both ends.

I grabbed a mirror and shoved it between my legs and behold! There was something I could never unsee. It was, in fact, my bladder.

Well, sign me up! My ass and my pisser are broken, and we can’t have that. I am a soon-as-possible girl, and it felt like forever before I could get a surgery date. After a month of peeing when I sneezed (and not just a teeny bit, it was carry-a-spare-pair), and having really crappy bowel movements, I was in. They did the ass first–excuse me, rectocele surgery. OK.

I didn’t know why at the time. Here’s why. Because it hurts like a son-of-a-bitch and takes longer to heal. While I loved my OB, she was the sweetest little thing, she downplayed the pain. Then I wanted to kill her.

Overnight in the hospital post-op, I got her back. At 3 a.m. the nurse called her at home. “Uh, the patient is in a lot of pain. Can you order something stronger?”

I was screaming in the background. Morphine it was, and temporary relief. After two days and the obligatory fart, I was released and hobbled home with a stitched up ass and no idea how I was ever going to poop again.

And so we have arrived at the piece de resistance; my first post rectocele repair dump. I did eventually do the bladder too, known as a cystocele repair, but once you’ve heard this, the rest is just bo-ring. Cystocele repair is an easier surgery and everyone knows it’s way easier to pee than poop. Just ask a three year old.

After the ass surgery, I dreamed of pooping for days. I planned, softened up for, even sound-proofed for this event. Should you ever—and I hope you don’t—have this surgery, you’ll know what’s coming. Take stool softeners for, oh, I don’t know a month in advance. And get ready to scream.

To make matters worse, my mother-in-law was visiting. She was never my biggest fan, which didn’t do much for my already tight sphincter. When I finally knew it was go time, I needed an empty house for a good two hours. Yes, at least two hours.

After two days and the obligatory fart, I was released and hobbled home with a stitched up ass and no idea how I was ever going to poop again.

I called my husband aside.

“There will be screaming.”

“Hey, I’m the one who has to do it, just take everyone somewhere. Please. Go.”

It was hours. There was sweating and crying. There were no magazines; that’s amateur. I needed both hands to hug the toilet and then one to pound the wall when the pain blew my body in half, one ass cheek at a time. If only there had been Facebook back then, I could have put that as my status update. I wonder how many likes I’d have gotten.

Eventually, I had success. It wasn’t pretty, but I did it. I cried, I screamed and then I took a long nap.

After two weeks, I was back to normal, except for the peeing and sneezing and underwear changes, but they would only do one orifice at a time. I’d asked. My doctor looked like I’d asked her to remove my kidney with a pitchfork.

So eventually, several months later, I had the bladder repair. And, in fact, it wasn’t so bad. I could sneeze again with only a little pee coming out, just like the rest of us middle aged moms.

Ironically, or not, as a toddler, my dear son suffered crippling constipation. Poor kid, it was awful. He’s OK now, but he put in his time on the porcelain. I wouldn’t have wished that on him, but I wonder; did the asshole that lives inside me make it happen?

I hope not. Love you kid. 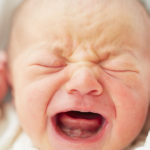 They Named Their Baby What?!?! 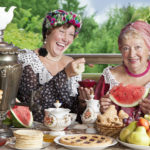 Ancestry: Do you Really Want to Know Who You Are?