I’ve got to get something off my chest. First I said it to my doctor, then my surgeon, and now, I’m saying it to you. We all know it will happen, one day our sweet cheeked cherubs will be looking us in the eye, eating us out of house and home, and emitting that undeniable man-child odour. Thankfully my man child has not yet sprouted whiskers or body hair, but right there the week of his 13th birthday, he went from a chatty happy dude to a sloth who only emits bodily odours and grunts. In comparison to puberty with our daughter, this was still a cake walk but I was afraid that my sweet boy had vanished into a grumbly smelly teen thug for the next 5 years or so. Babies grow up fast, and before you know it, you’ve got teenagers and a chronic neck ache from your oversized boobs. Rocks in Socks my friend calls them. Well, it’s time for these rocks to roll.

Fast forward two weeks of grumbling (his and mine) and I went in for a major surgery. Breast reduction. The very tissue that my babies thrived on, leaned on, and still very much got squished in my son’s big bear hugs, had been surgically altered. My daughter, since sprouting boobs of her own, doesn’t hug me anymore.  I didn’t tell them that I was going in for surgery. I should have.  I suspect the kids found out from overhearing conversations between my husband and I. It wasn’t a conversation I was ready to have with them and I was a bit emotional about putting the ladies through the procedure. I came home from the hospital at 2:30, 40 minutes later, the kids lumbered through the door.

My daughter, nearly 16, gave me a raised eyebrow over her iphone screen and retreated to her room. #freedom, my mom is gonna sleep for a week. #soawesome  My son however, stared at me in disbelief, his 13 year old still bare lip began to quiver. He asked if I was ok. I smiled weakly and said I’d be ok in a few days. He came over and took my hand and just stood there. Then he left to shoot hoops for an hour, processing. I felt terrible for shocking him, selfish, ashamed. I should have warned him. My husband got to give the girls a retirement party, I didn’t think the kids would be affected by having me out of commission for a week. Boy was I wrong.

The next two days were the same, I moved very little, he looked very worried. We continued to hold hands briefly here and there and then he’d leave to the refuge of video games, ball practice, or shooting hoops. Finally he found the words that he had struggled with. (It’s hard when you’ve traded talking for grunting.)  “Mom, when will I be able to hug you?” Thank god the room was dark because dang, there was *something* in my eye.

So there we are, 13, with a bus pass, a debit card, shoes that he shares with his father, a job as an umpire and a spot on the rep ball team, and what has thrown him for a loop? He needs a hug. From his mom.

I’m still only a week out of surgery and a full frontal hug is NOT going to happen for a while yet, but, we’ve found a way to sort of embrace in a somewhat safe and pain-free manner. And you know what? I am truly honored. In the wake of all of the wrongs in the world and at an age where independence and friends become more important, my son still needs me emotionally. And judging by the look in his eye, I’d say I did a pretty fine job of raising this boy who has empathy and compassion.

Now If I can just get him to brush his teeth and shower daily, that would be just peachy. Speaking of peaches,  the breast reduction,  totally worth it.

Leslie is a mother of two teens from Delta, BC, Canada, who has just launched a business as a birth doula while she patiently waits for a seat in the Midwifery program at UBC. She has a horse (the golden child) and is often seen in the local competition arenas chasing her dreams and hiding from the chaos in her house. Down to earth with wit and grit, if you’re looking for someone to help you through labour, Leslie’s the gal. Check her out at www.atyourcervixbirthdoula.com or find her on Facebook. 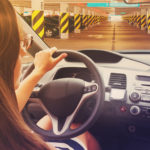 All the Moms Who Deserve Those Reserved Parking Spots 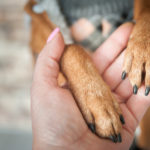 Week 2 of Turning 50 Like a Boss: Teaching This Old Dog a New Trick