I’m not a “Pinterest mom”.  As a matter of fact, I very much resent the fact that anyone would have to say that, but if you’re a mom, you’ve probably said these words as well.  As if Pinterest *herself* is a living, breathing, example of motherhood that was created by the gods as a model for us lowlies.

Mrs. Pinterest – that perfectly perfect bitch (yes, “perfectly perfect”), with her pre-planned nutritious meals, prepped on Sundays, and neatly boxed within the shining glass shelves of her fridge, labeled with adorable mini chalkboard signs (descriptions written in the most charming handwriting).

Not that I’m bashing meal prep or menus, nutrition, or even cleanliness & order, (or ornate handwriting)…I mean, these have a warm and special place in my obsessive, controlling, perfectionistic heart, and when I’m *on it*, I feel fucking great about it.  And sometimes, I’m on it, god dammit.  But then there are the weeks in between, when the cute, decorative menu on our kitchen wall, proudly proclaims to me how off track I am, as it wears the outdated meal plan from weeks ago.  When every mealtime feels like a complete and utter surprise (wait, it’s lunch time already?!), and every meal option is well seasoned with a heaping spoonful of guilt due to the lack of nutritional value, the late hour in which it is being served, and the amount of money that I spent on it – all potentially avoidable, had I just stuck with my planning.

Mrs. Pinterest, you sexy, balanced, thing you.  Greeting the day bright and early so that you can implement your new “6-minute ab” routine, meditate for a few, write neatly in your mole skin journal, moving from there into your wildly acrobatic yoga routine, all whilst wearing the least-messy, “messy bun” that I’ve ever seen, and rocking those yoga pants.

“Good morning littles!” her post-workout self coos brightly to her sleepy-eyed children, patiently waiting for breakfast in their matchy matchy pj’s, as she pulls the warm pumpkin cinnamon rolls (that she made to welcome the first day of fall) out of the oven.

Anyone else hungry?  I’m not actually thinking of making those, but you bet your ass that I have a folder on my iPhone containing magical apps that make food appear at my doorstep.  Yup, I’m a proud (and sometimes not so proud), “food delivery app queen” of a mom.

I’m not a “Pinterest mom”…  I’m more of a, “we should probably get groceries soon” mom, staring into the scary graveyard of items that used to resemble food in my fridge,  wondering what the hell that used to be, and muttering, “where is that god damn smell coming from?!”.

Mrs. Pinterest, with your chore charts, perfectly organized allowance system, and kids that seem to have walked straight out of a Pottery Barn Kids ad (their neat, tidy, and trendy bedrooms only serve to confirm this theory).

Step back Mrs Pinterest.  Just step, the fuck, back.

Oh believe me,  there is a chore chart framed in the entry to our kitchen.  It’s actually kinda cute and pretty, and for a few weeks, or maybe even for a few months, it was highly beneficial.  But life (that crazy bitch) changed, routines changed, and a day or two went by without enforcing said chores, and I somehow woke up months later buried in allowance debt to my kids (“I owe you how much??!!”), chores only being done when asked repeatedly (forced, threatened) or when I did them myself.

So, I guess I’m not a “Pinterest mom”.  I’m kind of a give it a try, fall of the wagon, pout about it, rub my face in the guilt from the failed efforts, shake it off, and eventually start again, kind of mom.

Holidays in the Pinterest household are the absolute epitome of holiday perfection.  With DIY decorations, joy-filled soirees, home made costumes, and the lovely aroma of baked goods filling the house, it’s no doubt, a magical and beautiful time.

Similar to Mrs. Pinterest, I love making memories during the holidays.  I love family traditions, excuses for quality time, gift giving, and connecting with those that we can’t often slow down to spend time with during other seasons.  I do love these things.  But, in the middle of all of that warmth there is very often a manic me… swinging swiftly from laughter and living in the moment, to tearfully becoming a puddle on the floor next to the broken, irreplaceable,  Christmas ornament that my cats knocked off of the crooked Christmas tree… or in the kitchen as I pull the completely burnt pumpkin pie from the oven… or at 3 in the morning standing in the living room trying to figure out what to do with that god damned stuffed demon of an elf.  All of the above moments snapping me harshly back into the (very apparent) reality that I am not a “Pinterest mom”, and reminding me that I inadvertently allowed myself once again to place the lovely Mrs. Pinterest back upon her mighty pedestal as the standard for motherhood, and confirming that I will never be able to live up to that standard for any consistent length of time.

So, fellow human being (may I call you that?)… as you plan your wedding, your kid’s upcoming birthday party, your family Thanksgiving, your new regimen, home decorating project, or even your personal style, let me encourage you to take a just a brief moment to pause and recognize the true identity of her highness, Mrs. Pinterest.  Think about it, friends.  In reality we made this amazing, badass, bitch.  Isn’t she, after all, just a compilation of the most creative and well polished parts of *all* of us?  She’s like a giant monster of a highlight reel, based truly on the reality of those wonderful things that we do, and the best ideas that we’ve ever  had.  She’s just a forgetful SOB,  selectively leaving out the other 85% of our difficult, mundane, imperfect lives.

So I guess I can claim that I’m not a “Pinterest mom”, but the truth is… sometimes (be it often or infrequent), I rock the shit out of that title, and so do you.  So tonight let’s raise our mismatched ikea wine glasses (while we eat our frozen pizza, give the side-eye to the dishes in the sink, and kiss our ragamuffin kids goodnight an hour past their bedtimes), and toast the fact that we are all still fucking trying.  Because, I think we can all drink to that shit. 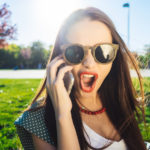 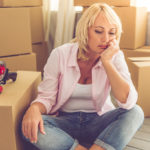 My Mother, My Rock