If you are the person who is in charge of laundering the socks in your home, even if it’s just your own socks, you probably know where I’m going with this.

It’s a mystery as old as time… well, maybe not that old but definitely as old as whenever Maytag was invented.

Where do the damn socks go?

It’s not just me that has trouble finding the mates when you’re trying to fold the laundry, right? But where do they go? Does the dryer really eat them, as we’re all fond of saying? Is the idea of sock monogamy unpopular? After being nestled in plastic on a Walmart shelf for who knows how long, do they just say “yeah…just no. I have to get away from that guy.” Do they?

My kids started school last month. I bought them each a nice new package of socks. As I put away the laundry every week, I notice the sock supplies dwindling. I ignore it because sometimes, problem avoidance is the best tactic. Or, denial is the first stage…something like that.

I started to pay more attention to how I sorted the laundry. I was making an effort.  Of course, accidentally packing a pair of my sensible white briefs in my son’s martial arts bag (hey, they looked like a white tee-shirt, anyone could have made that mistake) made me question how much I was really committed to the laundry organization in my house. Ahem.

This morning, things kind of came to a head with the sock situation. It got a little ugly.  I’d laid out my kids’ clothes the night before like always. I looked for socks. There were none. There was a basket of clean laundry I hadn’t touched and I thought “Eh…I’ll deal with it in the morning.”

Morning came. We were rushing because we were late…because of course. After dumping the basket of clean laundry on the floor and digging through it like a madwoman, I found three socks.  The lucky kid with the matched pair of socks had an uneventful morning but the kid with only one sock…well, luck wasn’t his that day.  It was frustrating for both of us. We were late and he had two shoes and one sock. He didn’t really see the big problem. See also I yelled.

I did a quick scan of the playroom floor and I saw several pairs of discarded socks because apparently it’s too tiring to walk the extra 10 paces to the laundry hamper. Socks are get shoved under the couch, tossed in a toy box. I find all kinds of socks when I go on one of my “let’s clean all the things right now” tangents. Socks have been known to become fun receptacles for matchbox cars, sleeping bags for action figures and fun little bags to house my kid’s popcorn kernel collection.  And no, I am not making that last thing up.

My house is full of kids’ socks. I just can’t find them when I need them. I have found socks behind the toilet, slipped over a doorknob (is that some kind of signal?), in the trash and in the cup holders that are built into our home theater seats. I have found them in the bookshelves, between the pages of books. My kids’ socks wind up in some crazy places that require me to use some brainpower (and luck) to find. Strewing them across the floor or tossing them in the general vicinity of the hamper? Now that wouldn’t be any fun. Apparently.

I find socks in all kinds of places when I don’t want to and none when I need to.

We throw the phrase “supermom” around all the time. I guess I get the connection…moms have skills. We can smell a lie from across the room and we are master interrogators.  We can determine a child’s temperature with staggering accuracy with one swift touch of the hand. We are the finder of all lost objects, which usually means we know exactly where everyone else’s shit is within a nanosecond of hearing “mom, where’s my…”

I gave up trying to keep track of the socks a long time ago because nothing works. Sometimes I can match them all up except for one stray which I will find somewhere weird, like the freezer in six months after I’ve given up and thrown the other in the garbage. Where do they go?  Vortex? Black hole? House elves?

I don’t consider myself a supermom, not even close, but if a genie appeared out of the cookie jar (that could happen, right?) and granted me one wish, it would be to have a superpower – the superpower that would allow me to find the socks. All the socks.

You know that Luminol stuff?  That chemical you spray over a crime scene that makes traces of blood glow in the dark?  Why can’t moms have something like that to help us find the socks?  Some cutesy poo little aerosol dispenser that spritzes something that smells like lavender that would make the little socks shoved in every corner of my house light up when I turn out the lights.

I don’t need to read minds or do laundry at warp speed. I don’t need to teleport, levitate or morph into my spirit animal. I just want to find the damn socks.

That’s not asking a lot, right?

where do the socks go
0
Author Jill Robbins 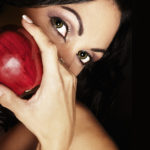 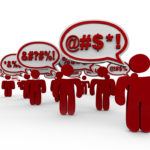