Another week, another news story about someone saying something idiotic and having the Internet come down on them like the hammer of Thor. While there are plenty of examples to choose from, my new favorite celebrity turned Internet punching bag is Britt McHenry, the ESPN reporter who verbally bitch-slapped a clerk at an Atlanta towing company last month on camera. It wasn’t that she did it, but rather how she did it, with plenty of bragging about her status, a little weight shaming, and some uncomfortable usage of the phrase “baby girl” that really seemed to ignite a full on Internet shit storm.

What she said was awful. I won’t argue with that. It was cutting, rude and inappropriate to say the least. Clearly venting her frustrations to her pals over a couple of light margaritas, or writing a strongly worded Yelp review, would have been better than spraying verbal diarrhea all over the clerk. But she didn’t. Instead, she opened her mouth, and incidentally, a giant can o’ Internet whoop ass on herself.

Now she’s paying the price, and oddly enough, I can’t help but feel a little sorry for her.

She is hardly the first person to say something regrettable to someone working in the towing/parking ticket industry, and not even the first to be filmed doing it. Remember Parking Wars? An actual show about people verbally abusing people who tow cars and issue tickets? During the show’s heyday nobody took to Facebook to suggest these angry people’s “parents should die.” People didn’t verbalize their hope that these angry people get their “teeth kicked in” or ask that they “jump off a cliff.” At the time this was written, all of these lovely sentiments could be found on McHenry’s Facebook page under her profile picture.

These are awful things to say, on par or worse than anything McHenry said. To suggest physical violence, or promote suicide is inexcusable, and should be met with the same reaction that she is facing for being so rude.

When people of the Internet join up and mob someone like they are currently doing to Britt McHenry, it reeks of hypocrisy. Telling someone they are a stupid asshole for calling someone names is like trying to put out a grease fire with a blowtorch: It’s ineffective, and makes you look like an idiot in the process.

What’s more, we don’t actually know the whole story. Yes, the video shows McHenry making a damn fool of herself, but there are ALWAYS two sides to the story. Doing even a small amount of research about the towing company brings up any number of complaints ranging from hostile customer service, to towing cars that still had kids and dogs in them. Does this excuse her behavior? No. But it may suggest other factors were at play that fateful night.

As far as what an appropriate consequence should be? I’d leave that entirely up to ESPN. But how you behave? Well that’s a different story. For all the haters out there who are so quick to throw out horrible, hurtful comments about what should happen to Britt McHenry, let me just remind you that what you say on the Internet doesn’t disappear. It is there, etched into the record books, for all to see. Your boss. Your mother. Your kid. Try to remember that being an Internet bully isn’t a faceless crime, and it is no better than being a bully to someone in person. It is the same, and it needs to stop.

Bio:
Emily Ramirez is a SAHM to a toddler who is probably eating crayons while she frantically tries to write about her daily misadventures, and current events. She blogs at her mostly humorous parenting blog, Hold Me, Don’t Hold Me, and horribly neglects her Facebook and Twitter pages. 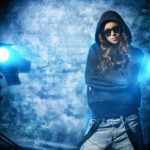 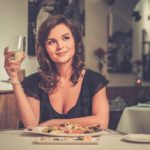 The Secret to a Happy Mother’s Day