2015 was a year with a cornucopia of non-newsworthy stories that somehow caught fire. It is here, in the smoldering ashes of this garbage news, that a breed of terminator-esque new super trolls were formed. Ones with a discerning taste for petty infractions, and a surprising ability to transform mole hills into mountains. Since we all know a measly human can’t stop a terminator/super troll hybrid on a mission, I say we join these idiots and start bitchin’. So stab yourself a carton of milk, and raise it in celebration of The Five Most Outrageous Things To Be Outraged By: 2015 Edition.

Yoga. A class at a Canadian university was recently cancelled after someone decided it was offensive, citing “cultural appropriation.” Here are a few fun facts about the class: It was free. It focused on stretching, intentionally shying away from any aspect of yoga that could be considered spiritual. It was über inclusive, being hosted through the university’s Centre for Students with Disabilities. Seems like a bit of stretch (ha!) to fit the old cultural appropriation glove, but you never know the true intentions of a lone Canadian yogi, volunteering her time to benefit the mental health of stressed out students.

Putting A Cucumber Behind Your Cat. After a viral video made the rounds on social media, people were quick to label anyone who participated in this prank an animal abuser. But before we get into a real-life Batman vs Cat Woman slap-a-thon, let’s get something straight: Cats are dicks. They are afraid of everything. They are going to eat you if you die alone in your apartment, regardless of if you pull a prank on them or not. But in all seriousness, a single, harmless prank here and there is not animal abuse. Making a habit of intentionally upsetting your animal on a regular basis? That’s a different story.

Facebook Profile Filters. After Facebook offered the option for people to add a filter to their profile pictures following major events (gay marriage being legalized, and the Paris terror attacks), people were quick to take offense. Some people were upset by the lack of filters representing other terrorist attacks (a valid point), while others argued it creates a false sense of accomplishment, and serves no purpose. While it’s impossible to quantify whether or not a worldwide showing of unity and support via adopting a strategy to appear similar truly affects anyone positively, I think it’s a million times more unlikely that it affects anyone negatively.

Selfies At A Baseball Game. Let’s first make clear the girls were participating in a selfie contest being hosted by the stadium where the game was being played, a tidbit that was left out of most news stories during the fall out. But more importantly, who gives a flying fandango about what someone else is doing at a baseball game? A baseball game is AT LEAST 3 hours long, which even to the most devout fan is  excessive. That’s why they do stupid shit like, “Guess what hat the ball is under!” on the jumbo screen, have an actual dedicated time to get up and stretch, and recently passed new rules to try to shorten the game. So lay off the ladies, and tell me who’s on first. If you’ve been paying attention, that is.

Twitter Changes The Favorite Icon From a Star to a Heart. This is…I just…No. There is nothing less important in the whole world than the icons someone uses to wordlessly express a sentiment. Nothing. That is all. 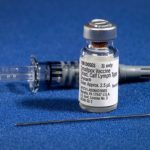 6 Reasons Why I’m Against Vaccinating My Child… 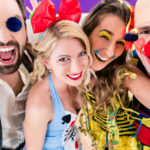 The Four Auld Lang Synes of the Apocalypse