Like Bic making a Pink Pussy Pen, Doritos is considering a chip made just for us gals. Because that always goes well.

Doritos claims research has led them down a gender-stained rabbit hole which claims women can’t stand being in public with their beloved snacks.

Thank God Doritos finally dove deep into some science to help me with a major social anxiety I’ve been having.  While of course I scarf doritos like a panicked badger in private – I was having a really hard time when in the company of others.

Apparently, according to research, I’m not alone. Other women ( no real numbers given) were observed struggling when it came time for their favourite crunch inducing, finger sucking treat – Doritos.

Short from draping my upper body in a cloak, when an urge came to lick the cheesy delicious powder from my triangle diet-busters I would have to duck into the nearest alley or remember where I parked the car. I would often have to time my Doritos grazing around other people’s schedules. Which is just not fair.

No more I say! Never again – I will eat my cheese dusted corn crunchers any damn time I want – but only if they’re lady chips.

Yes, now with the clever dainty bites on route I will suffer no longer. I can pack the purse sized quiet crunchers for all my outings. Take that soccer games! Don’t hear me be loud park runners! In yo’ face fellow bus riders! My time has come! I am no longer robbed of my insatiable urges.

My question is when will others catch up to our womanly ways?? How long will it take Campbells to take the slurp out of soup? Why do I still have to carry deodorant around for my chipotle sweats? Am I the only one fork beating the carbonation out of my soda? I burp like a trucker at home – but in a restaurant? Flatten that Pepsi please.

And why stop there Doritos? If you can magically make a crunch disappear from a chip can you make that fart sound not happen out of my lady parts when I yoga? Or, if you spend some more research dollars maybe we flavour dicks with a little Dorito-esque – so we can start enjoying that in public too.

Even though it may not be a real thing – someone thought enough to test the the theory that women and men can’t lick an orange stained finger in public together. I hope Doritos will never actually take to this nonsense and neither will any of you. Because as it goes the only thing we are truly conservative about is picking the crusty underwear out of our asses when we think you aren’t looking. 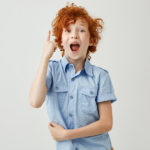 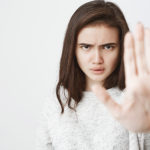 No Isn’t A Bad Word 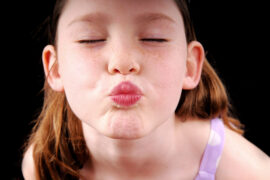