The perfect married man is a rare breed. If you’ve got one, here are the most important ways to keep from blowing it.

Your perfect married man is already carting around his own crap in his pockets, which will include keys, wallet and phone. Depending on where he is from, he may additionally be carrying bulk in his pockets in the form of breath mints/gum (San Francisco, Miami), a gun (Idaho, Detroit), a hankie (Kansas, 1948), Axe body spray (New Jersey, Boston) or all of the above (NYC).

He’s already bulking up his flat-front pants with these items and certainly has made decisions about what not to bring so as to not completely balloon his pocket areas. He wants you to make the same evaluations and sacrifices. Until such time as the perfect married man is diving into a fiery, crocodile-laden moat to rescue an orphan, he will not ask you hold onto his crap. He appreciates the same consideration from you.

The perfect married man acknowledges that he has been domesticated. He neither needs nor desires to have his domestication hung on him like a sign. It’s your purse.

The perfect married man encourages you to learn and adapt from situations where you find yourself cold, wet, stuffy or any combination thereof. He did.

Pick the right shoes for the agreed-upon activity
This is a subset of dressing appropriately for the weather. It requires its own topic as the perfect married man has learned that wives often find themselves cold despite being otherwise appropriately dressed for the expected weather conditions. This is because they treat their feet as separate entities — entities so separate that logic often does not reach them.

Shut the f$*&ing door when you go to the bathroom
We don’t want to see or otherwise know what goes on in there. Under optimal circumstances, there are certain body parts of wives that are invitations to play. Perfect married men appreciate the opportunities to revel in such delights. Don’t ruin it for us.

Variety is the spice …
Marriage begets sex. Oh, yes. You know how it is. The same things over and over. Years and years built together in domestic matrimony — the blissful routine, the familiar rhythms, sights, sounds, smells, irritations, aches, the predictable arguments — they all lead up to a swelling of sensual tension that can only be relieved by the ferocious, naked coupling of perfect married bodies in lustful passion … said nobody ever.

Perfect married men know that to be married is to dull the senses. Therein lies the genius of marital sex. With the constant assault on romance and sensual desire that is the marital routine, perfect married men often go long periods of time without such engagement. They forget. They then forget to care. At this point (the marital sweet spot) when sexual interaction happens, the surprise and re-acquaintance with one’s partner leads to amazing discoveries. The perfect married man discovers anew what sex with the wife was. When it happens … “I didn’t know you had those. Or that. Wow!”

It’s like sex with a different woman every time. Et, voila! Instant variety — the basic spice of any successful romance — is achieved.

Curtail the burps, farts, hacks and other human emanations.
Every time you do something gross, it sets the sexual attraction time-‘til-launch countdown back to zero. The refractory period is shorter for some perfect married men than others. Of course, it helps if you are objectively super-hot. Are you objectively super-hot? Turn on your computer (or TV if you still use one) to find out.

We don’t care if you aren’t interested in the sport(s) we watch
Just don’t ruin it for us. Don’t force your way into it for “we time.” Don’t make planned sports-watching time an issue you leverage to claim our relationship is suffering. It will only ruin that moment … and the next one. Your perfect married man will feel obligated to interrupt your next yoga class with wholly unnecessary relationship demands in an attempt to restore the universe to its proper balance. And that’s energy we just don’t want to expend.

Stop calling
The perfect married man wants you to know it’s 2015. He knows when you have called. Thus, you only need to do it once. Multiple calls in rapid succession repel the perfect married man. He feels obligated to distance himself from whatever shit-storm is erupting in your fingertips.

More calls = longer wait time for a return call. Want a call back? Call once. Want a fight with a perfect married man? Call again. And again.

Feeling a little closer to perfection? Master these marital techniques and you will be well on your way to perfect, blissful marital existence. Unless, of course, there are more unwritten rules yet to be revealed. But marital life couldn’t really be like that, could it? If so, fear not. Your perfect married man will light the way, perfectly.

Julian Rogers is a freelance writer, communications consultant and owner of Juju Eye Communications. Follow him on Twitter (@thejujueye), or connect with him on LinkedIn and Facebook. 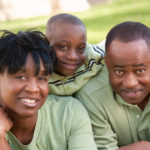 How to Raise Kids Who Excel at School and at Life 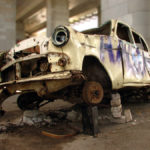