As a stay at home father there’s something incredibly awkward about asking a mother if she’d like to have a playdate. I suppose the situation would be even more awkward if I didn’t have a child. Fortunately, I’ve been blessed with my six year old daughter Darcy which goes a long way to making the situation only slightly less uncomfortable.

It’s just one of the many trials and tribulations I face being a stay at home father and not just because I don’t like other people or their children. I don’t by the way. In theory I love people and their kids. The reality, however, can be something different entirely.

Children, after all, can be incredibly irritating as well as their attending parents. That’s not the real reason for my concern however. My greatest fear is that my offer of a “playdate” will be mistaken as an opportunity for a goodly amount of humping.

Unfortunately Darcy needs to hang out with kids her own age. To compound the problem I believe that I’m also an incredibly attractive man. My mother told me so and I often worry about the devastating effect I might have upon women’s loins.

It’s not easy being me but I try. I try for the sake of my daughter’s wellbeing and happiness even though it may all end in the destruction of my marriage and possibly another’s as well.

“Why don’t you and Sarah come on over around noon?” I’ll say. The invitation seems innocent but I’ll worry about the subtext. Sandra, the mother in question, and I scarcely know each other at all. I assume that she is a good mother and will feel compelled to stay for the duration of the visit to be certain that I’m not some sort of oversexed pervert. Of course once she decides to stay I’ll worry that Sandra believes that I might actually be an oversexed pervert.

I’ll greet her warmly at the door and, once we sit down, we’ll talk about how hard it is to parent over summer. We’ll bitch about how our spouses work too much. Our kids will settle down and begin drowning Barbie’s in kinetic sand or bonging chewable vitamins. The topic will turn to “how fit I look”, I’ll say something about her child birthing hips and then this woman I barely know will ask to see the rest of my home. I won’t want to but, being the polite man that I am, I will oblige.

She asked for something white so I brought out some of Columbia’s finest.

We’ll walk through the rooms downstairs and I’ll point out the light fixture in our dining room that has a big glass ball dangling from the end that looks like a bull testicle. I’ll note the recessed lighting in the dining room and mention that my wife wanted to have them given the amount of shade we have on the eastern side of the house.

“How thoughtful,” Sandra will say, “your wife seems to be a very thoughtful woman.”

“She is,” I’ll respond, “She’s probably thinking about what I might be doing right now at this very moment. To be honest I’m surprised she hasn’t called. Come to think of it maybe I should see what she’s up to.”

I won’t though because Sandra will want to see the upstairs. I’ll tell her that it’s a mess. She’ll give a chuckle and say that her house is always wreck. She’ll say that she’s always been fascinated with the layout of old homes and I’ll offer her a drink because I’m a good host.

“I really shouldn’t,” Sandra will say and when I ask if she’s sure she’ll say “anything white”. I’ll pour her a glass of Pinot Grigio. She’ll say something like “your wife has excellent taste” and I’ll ignore the double entendre and move the conversation into something about tampons or erectile dysfunction or whatever it is that women talk about. Eventually the conversation will dull and I’ll be cajoled into given her a tour of the second floor of the home.

“Here’s the office,” I’ll point to a door on the right as I’m planted firmly on the landing, “the bathroom is directly ahead, there’s a guest bedroom off to the left and these stairs lead up to the attic which can get to be about 150 degrees.

“I’m also pretty sure there are bats there too,” I’ll respond, “and probably herpes.”

“You are SO funny,” Sandra will say and give me a light slap on the shoulder before screaming  “OMG that is a lovely quilt!!!” and running into the master bedroom.

“My mother sewed it and gave it to my wife, my lovely and adoring wife, and I as a wedding gift.”

“Do you mind if I just…touch it?” Sandra will ask.

“No, no go ahead,” I’ll blather, “before I forget though let me show you the bathroom.”

“I LOVE BATHROOMS!!!,” Sandra will squeal and with equal enthusiasm she’ll tell me that she loves the marble countertops and the subway tile on the wall.

Sure she doesn’t look like she’s going to steal your wife’s clothes or your family. She just “really wants to take a shower”.

“Do you mind if I take a bath?” Sandra will ask. I’ll mention that we’ve had a recent outbreak of lice. She’ll say that she’s been working out and “just feels dirty” and after looking through my wife’s clothes will ask if she could just borrow a few things.

“I’ll clean them before I return them first of course,” she’ll say and I’ll just nod because this is what friends do right?

Sandra, having already started the water in the tub, will begin to disrobe and I will say something about “making herself comfortable” as I turn my head and  run for the door and that will be the end of my marriage.

She’ll give it a few minutes before faking a leg cramp or a fall because “this tub is just so slippery” and I’ll run upstairs to be certain Sandra’s all right. Because I’m a gentleman I’ll ask if I can open the door. Sandra will scream something to the effect of “OHHH MY GOD THIS HURTS SO MUCH” and I’ll find myself oddly aroused as I rush in to pick her up before falling into the tub myself.

Both of our children will arrive three seconds later to ask for a snack.

My daughter will scream “My dad is with your mom in the bathtub and she’s NAKED!!!”

Sandra will leave in a huff and most likely pretend that this is all my fault. After all what sort of man invites a woman he barely knows to take a bath in his home? She’ll throw on a set of clothes she’s “borrowing” from my wife, grab her child Eudora and then stomp out of the house.

I’ll try to swear Darcy to silence and bribe her with enough M&Ms to put her in a diabetic coma but the truth will eventually come out. Six year olds keep secrets about as well as politicians. The very moment my wife comes home Darcy will scream “DADDY WAS IN THE BATHTUB WITH A NAKED WOMAN.”

My wife and I will separate shortly thereafter but promise “work it out” for the sake of our daughter. Divorce will be inevitable. We’ll sell the house and, being a stay at home father, my attorney will encourage me to sue for palimony which will only infuriate my former wife. I’ll spend the rest of my days living in a shabby two bedroom apartment, dating strippers and hoping to snag a wealthy JAP on J-Date while I pretend to be Jewish.

After a few years I’ll only know Darcy from the newspaper clippings my mother sends. A decade later my daughter will graduate at the top of her class from Stanford with a triple major in English Composition, Biology and something called “Myopic Male Studies”. I will be there in th

“I SAW MOMMY NAKED WITH A MAN IN THE BATHTUB!!!”

e back having sold a kidney that is, hopefully, not my own to pay for airfare when she walks across the stage.

After she attends Yale I will faithfully send her a card and twenty dollars every year for her birthday to which I will never receive a response. A short time later I will die alone and unwanted having overdosed on a fatal combination of Schlitz and nacho cheese. My obituary in the New York Times will note that I’m a former husband of Laura Black whom is the founder of the nationwide group “Playdates Anonymous” and the father of Darcy Black whom has just married Kanye West for the fifth time.

It will be a sad state of affairs and one that could have been avoided if only I’d never asked some woman I scarcely know and her daughter over for a playdate.

Richard Black is a remarkably attractive, remarkably disease free man in his forties. Unfortunately ladies he’s also married. Prior to his life as a stay at home father Richard spent more than a decade performing various public relations and marketing functions for a number of financial consulting firms and found the job to be precisely as exciting as it sounds. When not tending to his wife or daughter Richard enjoys writing the occasional thoughtful post on his blog The Unfit Father and subjecting the public to his…unique take of fatherhood on a more regular basis. He has been published in Scary Mommy, Sammiches and Psych Meds, The Good Men Project and the Anthology “It’s Really Ten Months Special Delivery: A Collection of Stories from Girth to Birth.If you enjoy this then you may want to follow this writer on Facebook, Twitter, Instagram and maybe even his website. 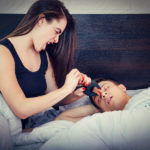 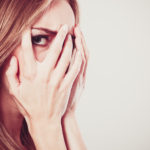 The Time When My Sister Had a Gym Fail