There is a very good chance one of my kids is going to die this summer. I know it sounds harsh, but I have been observing them for several days now and while I cannot determine which one is going down, it seems like the odds are increasing that they wont all make it. It may be that none of them survive the summer. And it wont be the usual suspects that take them out either. There will be no dying of boredom or dying of starvation around here. They will pass on due to an all new phenomenon sweeping through the ranks of American youth.

Thats right. Pokemon GO! is going to kill my kids.

In case you live off-grid on some sort of remote hedgehog farm in Greenland, Pokemon GO is a new app that allows you to run around your neighborhood, or wherever you happen to be at the moment, collecting Pokemon. You remember Pokemon, right? That scourge of the 1990’s that was every 6-year-old kids obsession? They’re baaaaccckk. And how is this deadly you ask?

Well, when my daughter plays this game she cannot take her eyes off her phone, not even for one second, or something bad will happen. I have no idea what, but it must be bad because she never wavers. I mentioned that you have to chase the Pokemon too, right? So, if you are staring at your phone without ceasing and chasing Pokemon through your neighborhood, you can easily meet your doom. She will, without a doubt, walk right off the curb and into the middle of the street without bothering to check for an oncoming semi-truck. She probably won’t even look up if the semi honks at her unless Jigglypuff is attached to its front grill. Additionally, she will happily walk off a bridge, roof or overpass to reach Mewtwo. The idea of being smashed on the sidewalk or in the street doesn’t occur to her. She will run off in the mall, which sounds more concerning than it really is. She’s 5’8” and meaner than a wet cat, so we are probably OK there, but she could easily fall and crack her head open, or even worse, get waylaid by one of those mall kiosk people selling hair straighteners, in which case we would be there forever. After careful review of our calendar I am happy to report we will not be flying anywhere this summer since I believe that she would open the emergency exit mid-flight if the app told her that Squirtle was out on the wing.

Which brings me to the second and every bit as likely way they will come to an early demise. You have to chase these Pokemon characters all over the place. Even more, once you get eggs from a PokeStop (don’t ask, I have no idea) you have to walk a certain number of kilometers before they will hatch. Now, I don’t know the exact math but I do know that if you walk enough kilometers they eventually add up to miles. My kids lead a rather sedentary life style. By that I mean they cannot be bothered to get up off the couch to throw away their own trash or take their own dishes to the kitchen without some Jillian Michaels style motivations (read: yelling) on my part. Walking miles? Every day? They will taxing their lazy hearts so badly they will not be able to recover. They will become so winded they wont be able to catch their breath, and most likely when they pass out it will be in the middle of a gas station, in the dark, phone in hand and the next poor soul stopping by for a fill up with have to live with the burden of driving over their inert body.

So, what is a concerned parent to do? Well, after due and diligent consideration I have decided that I probably just have to let the chips fall where they may.

Or get run over where they may as the case may be. 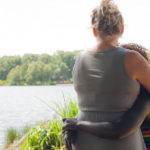 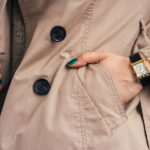 Don’t Keep Nasty Underpants in Your Pocket (like I did)