I generally keep my mouth shut about this because it’s really hard for people to hear. And most people find it unbearable to even consider. So they flinch and turn away.

Fair enough. It’s human. I did it myself when my children were tiny. I flinched from someone’s grief.

But there’s heaps of us out there. Millions of us. Everywhere.

We are the mothers who’ve ‘lost’ a kid. Who have outlived our child. Who have had to organise the funeral for our ‘baby’.

My son was twenty years old when he died. Immediately, people around me began to tell me about their deepest family losses. They wanted to comfort me. To say “Me, too. I know how you feel. No, really, I do know how you feel.”

They were heart-rending stories. Stories so grueling that even as I reeled in my own shock and grief, I felt like I didn’t have it as bad.

And in the immediate aftermath of his death, that was a comfort. The commonality of our experience. Those stories stay with me even now, years later.

But after the first shock of loss, I continued to grieve. And something crept up on me when I least expected it. Something that sidestepped my intellect and enlarged my heart. From within films, theatre and television came insight.

Funnily enough, these touches on my heart didn’t arrive via the big blockbuster, A-lister driven ‘works of art’. Where the trailer displays realistic weeping, swelling string music and sweeping landscape shots. Those movies with “loss of a child” as the narrative engine.  I steered clear of those.

Insight found me anyway. It sneaked up on me. It came at me sideways. It was the stories of other people going through the same process. The struggle. The comforts. The stages. The expansion of the heart.

In the months that followed his death, I hunted for meaning. I wanted to reconcile what had happened with how I lived my life. I sought the fundamental flaw in my character which had caused this to happen. Where I had failed as a mother, as a person. Yes, total magical thinking.

I floundered in the pit of “Why me? Why me?”

And then it dawned on me.

It was weirdly liberating. Kind of funny, in a gallows humour way. A bit of a wake up call. A smack around the head.

And there was Oprah talking to a young woman who had Stage Four cancer. Who said those very words. “Why not? … You’ll die. I’ll die. Meantime, we cut onions.”

She got it. I got it. I had that flash of recognition. It was the first step to pluck the sting.

The thing is, I was always way more powerfully driven to achieve things for my kids than I ever was for myself.

I saw that primal trigger in the moment of birth in “The Waitress”. She’s lost in that beautiful fugue of meeting her daughter for the first time. Then she snaps into focus, her mind clears, she wakes up to the wave of love that impels her to provide for her beautiful new baby. Motivation beyond anything she ever felt for herself. And instantly morphs into a snarling tigress.

After his death, I lost this deep drive to provide. There was no longer any point. It’s beginning to return. But my motivation is more complex. I know what can go wrong.

The sheer physicality of the loss surprised me. This is why people say “It feels like I’ve lost my arm.” A part of the self is ripped away.

He’s physically gone. There’s a twenty-year-old male shaped gap where he used to be.

I watched the mother in “The Killing”, Pernille Birk Larsson, choose what her daughter, Nanna, will wear to her burial. A few dresses are hung limply on the wardrobe door. She pauses in her back and forth, organize mode. She holds the fabric to her face and smells her daughter’s dress. The last remnant of her child. Her own personal perfume.

I kept his clothes until they lost his smell. Once his smell had gone, they were just clothes. Easy to give away.

I was wakened in a visceral way to the fact that I’m not the only mother on the planet who’s lost a child. Initiated into a vast, hidden community. Attuned to the tiny clues that mark bereaved parents.

In the play The Heretic, a comedy about global warming, the scientist’s daughter is anorexic. At the play’s climax as she falls to her knees, she shrieks for help, cries at the pain in her shoulders. The next scene is her mother and father as they quietly prepare for a formal event. She helps him choose a tie. There is a cold sense of dread that the worst has happened.

But no. It’s a comedy. Turns out it’s not a funeral, but her wedding. I felt such relief that her family were spared that.

Living with vulnerability has been a challenge.

That instant in “Up” when Ellie fell down as she climbed the hill to their picnic. I gasped, pierced. Instantly saw what would happen next.

It’s a scene where we suddenly realize how vulnerable we are. By necessity we live inside a bubble of optimism. It’s too terrible to contemplate how fragile we are. Too dreadful to live life daily with that comprehension. It can’t be done.

And we defer dreams because we believe there’ll always be another day.

The loss of identity stunned me. It needs to be regrown on an entirely different basis.

The daughter, crying underwater in the pool in “The Descendants” was hit with this. Not just the immediate loss of the person she loved. But the loss of their future together. The loss of her family as she knew it.

It’s times of celebration that we miss them the most.

There’s a benefit, though. I’ve become completely nutso about enjoying our children.

I want to shout “Now! Now!’  Not deferring a decent holiday until ‘later’. Not having fun ‘later’. Now!

If I’d know how little time I had, I would have done things differently. Gone on holidays. Had adventures. Patted lions. Swum with dolphins. Eaten ice cream for dinner.

Not screamed about homework every night. And stressed about paying the bills and mortgage.

I would have seen to it that we had much, much more fun.

About the author: Kathleen Lloyds idea of heaven is pinot gris, pineapple lumps and  a VPN to US Netflix. She has written for Scary Mommy. Her blog is at http://www.morefunformom.com/, you can also follow her on Facebook and Twitter @morefunformom. 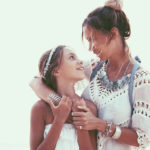 We Fight Our Battles Together 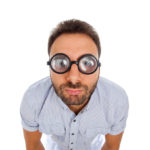 Help! My Husband is “Near” Sighted