There is a dangerous epidemic in America.  Something sinister is creeping into even our best neighborhoods, being hawked on every street corner and tempting our children on playgrounds. A staggering number of people in our nation are succumbing to a new addiction.

Why can’t we just say “no” to pumpkin?

Until recently, you would attend one gathering a year—maybe two—where they were passing the pumpkin. It was easy to politely decline while others partook. No one questioned your preference.

Now pumpkin peer pressure is off the charts.

Is it the season? Back to school? What are we, as a country, lacking that makes us so susceptible to the lure of pumpkin right now?

And the biggest pusher of them all is Starbucks.

Sadly, pumpkin is in our schools as well. At lunch time, I bet you can find one kid in ten sampling some pumpkin. And the parents are to blame. Children are just mimicking what they see at home.

We have trained these young minds to think they need pumpkin. That pumpkin is good.

According to Forbes magazine, pumpkin use rose 14% in 2013 and is climbing by the day.  That equals an estimated $350 million good old US dollars spent on pumpkin.

How did it come to this so quickly?

Many folks, like me, have tried pumpkin over the years and just don’t like it.  The users don’t understand us and our disdain for all things pumpkin.

“A little bit won’t hurt you,” they say.  They don’t respect my limits and the boundaries I’ve set for myself.

Pumpkin shaming is real, I should know.

But one day, pumpkin will lose its allure. People will see pumpkin as the temporary fix that it is; leaving millions empty and craving.

Save yourselves, save the children—hell, save the world—and step away from the pumpkin today. 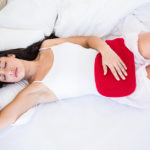 The Seven Dwarves of PMS 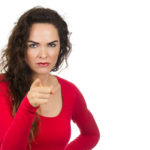 The 9 People That Piss Me Off As A Parent