When my ex-husband and I decided to have kids, I was determined to have boys. I don’t know why I wanted boys, I just did. It may have been, in part, due to the strained relationship I’d had with my mother. I was afraid to repeat that with daughters. I wanted strong bonds with my children, devoid of conflict. Silly me. Of course, all parent child relationships have some conflict. Still, I felt I was meant to be a mother of boys. That was just something I knew. And, I was right. Today, I am the single mom of two sons, ages ten and thirteen.

Because I was of advanced maternal age, with my first, and was seen as a lost cause by my OB with my second, I engaged in fertility maneuvers to facilitate getting pregnant. I discovered I could help determine gender by timing conception. I was all in. And, we had two boys. I believe I was meant to have boys, not just because these specific children were meant to be mine, but because as boys, they have taught me, helped me, and healed me.

It is a healthy challenge to parent someone who is not like you, and to let them be themselves. My boys get me out of my comfort zone and force me to look at things from another perspective. I have learned to be more patient and more spontaneous. I have learned to relax, to notice things I normally wouldn’t and to let go of things I’d normally internalize. My boys take me out of my head and help me embrace a more physical, tactile world. “Hey mom, look at that spider! It’s molting.” They are also carefree. I don’t know if girls are like that, I do know I’m not, or at least I wasn’t. I grew up an anxious person. I have always had issues with needing control. They force me to let what will be, be. And, to allow them to be who they are; to watch, to listen, to guide, and to be patient. They help me to be in the moment.

My boys are also emotionally aware, and they respond to that part of me. One may come home quiet from school and shut down. I can ask, “Did something happen today that has made you quiet?” “Well, someone called me stupid.” “That must have hurt your feelings.” My boys are able to identify their feelings and talk about them. They are intuitive and thoughtful.

I also have learned to stop talking. Just stop. My teenage son gets in the car after middle school and the last thing he wants to do is talk. He opens his book and sticks his head in it. He may be happy, he may be sad, but talking to me is not on his agenda. I remember being badgered by my mom at that age. Her need to check in was greater than her ability to let me just be myself. With my son, we get home, he barrels into his room dumps his stuff, gets a snack and I go in twenty minutes later and we chat. He’s ready then.

He gave me a funny look. “O-K?” And then he went to town. When he was done he said “I like this bubble thing. I feel better.”

Even as I have two boys, they’re not the same. Parenting two children of the same gender has given me a greater appreciation for their distinct personalities and for the complexity of men. They may both boys, but they are different people. My oldest is brilliant, intense, creative, and craves alone time. He also needs friendship, intellectual stimulation and love. My youngest is energetic, smart, intuitive, and kind. He is beyond affectionate and social. He’s also athletic and likes to be around people, often to the point of having difficulty with independent play. Their differences surprise and delight me. They help me resist assumptions. And, they have found a way to each other. Despite clashing often, they love each other fiercely, protect and care about each other beyond anything I have ever witnessed, except perhaps how I am with my sister.

They are learning, and modeling back to me, respect for women. For boys, moms reflect womanhood. They have watched me go from wife to now single mom. They see me nurture, sleep at the foot of their hospital beds, write blog posts, do stand-up comedy, go from no-name personal blogger to editor, fixer of computers, bathtub spider disappearer, Algebra tutor, Harry Potter reader and cuddler in bed at night. They see that women can do anything, they respect women, and girls, their friends and their peers. They appreciate women, and me as their mom. One of the greatest gifts I can give my boys is to teach them how to respect and value a woman. They learn from example how I respect myself. If a boy or man respects and loves his mom, then he will likely respect and love the girls and women in his life.

Being a mom is the hardest, most amazing, most challenging thing I have ever done, and I’m not close to being done. My boys remind me to not take life too seriously, they make me laugh, they taught me how to love, to let it go, and to appreciate things I’d never have otherwise known: Best superhero? Superman. Best made up creature? Dragon of your own design. Best ice cream? Mint chocolate chip. Best compliment? You’re the best mom ever. And, they mean it. They mean it because they feel loved and nurtured and accepted. Sending men out into the world who feel appreciated, are allowed to be themselves, and are loved, men who respect themselves and the women who raised them, that’s a job well done.

(This post originally ran on The Good Men Project) 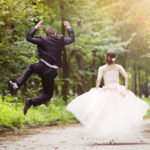 10 Ways to Make Your Marriage Hot and Happy 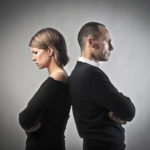 When Your Political Views Conflict with Your Partner’s 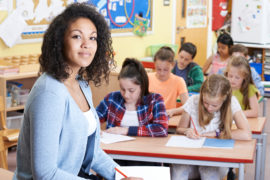 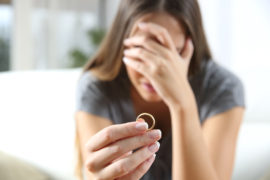 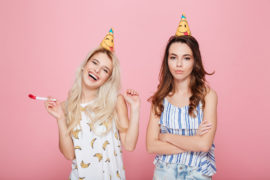