Our daughter is a committed student. She competes well in dance. She survived her first high school party without drinking. She has made excellent decisions in friends so I have no complaints. Well, I have some, she is a teen, after all.

The consistent critique I hear from the family, however, is that she is a sore loser. I mean, a remarkably unpleasant one. It verges on an international incident, and I wouldn’t be surprised if social services knocked on our door if Catan doesn’t go her way this weekend. She is loud. Scratch that. She is deafening.

I know I should rise above and teach our daughter to win graciously and smile at defeat. But I will not.

I started with all the best intentions to be the textbook “good mommy”. I would play games and, even though I could clearly kick her tiny little tushy every single time, I let her win. It made her happy to win, and mommies are supposed to make their progeny happy. It’s a rule.

Our daughter got better with age. She would legitimately win the games on occasion, and it would make me smile every time to see her joy. I didn’t even try to lose. She would be far too happy and do the equivalent of a touchdown celebration worthy of a flag. The others playing would try and get her to stop rubbing it in. Still, I stood proudly.

Our family game nights became stressful for my husband and son as they awaited the beast. If she won, I could see her modulate her joy, but it simmered and sometimes boiled over, especially if she had lost that game the last time. If she was last, there was no consolation. A loud stomp to her room and a hearty cry quelled the monster disguised as an angel. I smirked.

You see, I was just like her. I remember the embarrassment of the tears welling up in my eyes when my dad played the Pick-Up-Four card in UNO just as I was going to win. I will never forget storming off while the family was laughing because Monopoly didn’t go my way. Those times hurt. But, they helped me build up the resistance I needed to be an independent adult.

As an adult, people don’t let you win. Winning is hard. Losing is harder. If you slough off the defeats, you squander your edge. I don’t cry when I lose anymore, but I sure try harder the next time to not feel the burn of disappointment again.

Winning at life deserves celebration, and those who don’t celebrate for fear of offending are not doing it right. Being comfortable to show your emotions is a strength. Society may not like it, but it took me into my late forties to realize it doesn’t matter what others think. The sooner our kids get a taste of that freedom, the better.

I could be entirely wrong because there isn’t a rule book for kids. We make it up and pay for therapy later. She will learn conformity in her peer groups, in her work life and her relationships. We all do. Let her have her celebrations now, in her home. I learned the lessons from winning and losing the hard way and feel it made me a stronger competitor and a great loser as an adult. I want that for her. 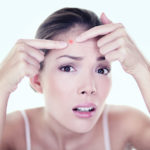 A Field Guide to Your Adult Acne 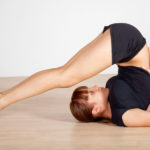