Do you have $1000 extra dollars to spend at the Container Store?  Do you have hours of your life dedicated to color-coding your soup spoons?  Does the idea of an empty closet fill you with quasi-orgasmic joy?

If you long for a time when a woman was measured primarily by whether or not her house conformed to idiotic social standards, then have I got a movement for you!

Let’s talk seriously about our society’s obsession with minimalism (and no, this isn’t because I own 8.5 million skeins of yarn—okay, it’s partly that).  While keeping up with the Joneses meant buying your way to happiness, minimalism is our society’s way of saying that throwing everything away will lead to more happiness.  While sometimes purging the junk from your life can invigorate you, it’s time we stopped using this as the foundation for personal growth.  Newsflash: stuff-contingent happiness shouldn’t be a life goal.

Sure, we’re too commercial as a society, but folding your socks into microchips every day isn’t going to end that.  You want to attack the hollowness of neo-liberal consumerism?  I’ll stand by your side.  But if you want to tell me that simply organizing my life into 2×3 cubes is going to address the underlying causes of unhappiness, and I’m going to laugh at you.  There are lots of benefits to downsizing our collection of things, but the wide-scale benefits of minimalism require a bigger commitment than swiping your Target card.

Here’s why this movement is nothing more than a throwback to the 1950s perfect housewife prison.

1. It’s gender bias.
Maybe clutter is an everyone problem.  I’m a yarn-hoarder who is married to an engineer (a wire/bread tie/random shit hoarder… he’s four feathers away from actually being a magpie), so I get it.  Most of us could stand to remove a little junk in the trunk, and probably the trunk, too.  But, who is actually going to do it?

Maybe I’m a little bit jealous because I could never do it right, but I’m also just tired of this pearl-clutching sexism that plays on women’s shame.  Don’t throw a few guys into the mix on TV and pretend to any married suburban mom that her husband is going to go all weak-in-the-knees for this latest organizational paradigm.  It’s going to be our responsibility, and we know it.

2. It’s expensive.
Sure, you can buy some stuff cheapish at Wal*Mart or your local box store, but all of that organization costs money.  Not just the unpaid labor of doing it (see above), but actual hard-earned cash.  If I have to choose between spending $200 on some organizing stuff, or hire a babysitter and do something cool, you’ll find me at the nearest Frank Turner concert.  And in the cost-benefit analysis, I’d be better off relaxing, kid-free with my husband whom I vaguely remember liking back when we had time to hang out.  The point is: If you’re not happy and feel like you lack control over your life, there’s probably more going on than a few extra vacation souvenirs.

And let’s say you’re not buying things to organize, you’re just throwing things away.  Okay.  I want to see some numbers on the rate of people still living clutter free, two years out.  How many people are just going to go replace their old stuff with more stuff? Want to cut your environmental footprint?  Get companies to stop sending us junk mail or stop making new technological devices every two to three years.

3. It’s so classist.
Like, for reals.  Who has the extra cash for this?  Who has the extra time for this?  Who can throw out a house full of stuff without worrying about what will happen if they actually need stuff later on?  Not people who are busting their humps to make ends meet.  How many more middle-class families do we need to see wastefully throwing away the things they wastefully bought, in the name of progress?  It’s like tiny houses.  When I was a kid we lived in a trailer park; if I’d just waited a decade, I’d have been trendy not trash.

Spinning women up about a household chore isn’t trendy, it’s tired.  Do you remember the 1950s?  Me neither.  But, my grandmother tells me about it, and it sounds an awful lot like this.  Set up arbitrary social codes that allow us to judge each other (again, women are the ones getting judges) based on how our houses look.  Every time we think we can throw off the burden of domesticity, our culture finds a way to drag us back into the cage-fight.  Personally, I like to keep a few bits of junk mail lying around the house just so that people feel better about their own housekeeping when they see me.  I do it for you guys.  You’re welcome.

If you honestly get joy from bringing order to your universe with the minimalism and the organization, then go for it.  I organize my library by genre, sub-genre, and author’s last name; we all have things we like to do to make ourselves feel like we’ve got a handle on it.  But, let’s take a step back from this trend and accept that some people don’t want to do it.  We do get too emotionally attached to stuff, and that’s not really healthy.  But sometimes we get sentimental about our things because the people who gave them to us are gone, and it’s okay to want something to hold on to.

Amber Vayo is a mom of two little lightning bolts.  When she’s not taking classes for her PhD she can be found daydreaming about wine and ice cream.  You can find her writing on Scary Mommy and Twitter. 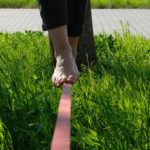 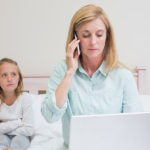