According to the Centers for Disease Control and Prevention, approximately one in every 700 babies in the United States is born with Down syndrome, making Down syndrome the most common chromosomal condition.

During my career as a NICU nurse, I had the amazing blessing of taking care of many infants born with this genetic abnormality. Funny thing, I never considered them different.

One of my favorite memories happened during a very crazy twelve-hour shift. A newborn boy was placed in my arms in the crowded admission room as his unexpected diagnosis bought him a trip to the NICU. His parents were being briefed by the Neonatologist leaving me plenty of time to acquaint myself with this precious little towhead.

I was blown away by his beauty. His hair the color of Carmel cream, his eyes so blue they bore into my soul As I drew his blood and tried to do my assessment his perfectly formed hands attempted to substitute my finger for a pacifier.

R. Had all the telltale characteristic features of a Down Syndrome infant. Despite the obvious physical abnormalities, his beautiful round face and upturned eyes continued to melt my heart. I found myself pacing the room as I waited for his lab work to give me the information I needed to determine how his diagnosis would impact his life.

Soon I found myself swaddling this precious angel as we waited for R’s mother to finally have the opportunity to hold her precious boy. R melted into my arms smiling as he looked directly into my eyes as if thanking me for treating him like I would have any other baby.

Soon the silence that surrounded us was broken by the squeaky admission door as I looked up and into the same incredible blue eyes, the same caramel hair.

R was his mother’s mini-me. Through puffy eyes, she reached out and began counting his ten toes and fingers. She wrapped her precious bundle in her loving arms as tears began to fall from both our eyes. My moment of being that professional was shattered as I witnessed the overwhelming, unconditional love that was occurring between this mother and her son.

“He’s perfect” we’re the first words R heard as his mother’s breath wrapped his body in her love. I was on my knees beside her wheelchair answering her questions between wiping my tears on my sleeve. I was mesmerized by how this mother completely accepted her child and his diagnosis with the grace I had never witnessed during my career.

R remained my patient in the NICU for the first few weeks of his life. During this time I watched as he flourished under the loving care of his incredible family. Unconditional love radiated from his family and R. Continued to surpass all medical expectations.

The years have passed. R is now 8 years old. He attends school and plays soccer. His mother sends me yearly cards keeping me posted on his amazing “normal” life.

All these years later I still get chills when I remember that day. Those incredible blue eyes and tuff of caramel hair handed to me of all the nurses on duty that day.

Almost as if he knew that I knew he was perfect. 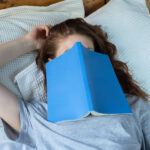 Seeking A Text Buddy For The End of the World 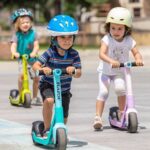