I never had the easy cool my sister had. She wore shimmery blue eyeshadow, plucked her eyebrows, and lightened her hair with Sun-In — three things that openly defied our mother.

She was not a rule follower, in general. She refused to surrender notes passed to her in class, no matter how many detentions or calls home her resistance earned. And, once, when Sister Jeanne was ranting about how all celebrities, except Donnie and Marie, were irredeemable sinners, my sister stage-whispered, “Well, that’s crap.” She was a legend at St. James.

She kept a diary (with a faulty, pick-able lock) and, from it, I learned that real things, Hollywood-ish things, happened to her. Just as I had suspected.

Her biggest, juiciest secret? On Valentine’s Day, Richard Mocogni — easily the most popular boy in 8th grade — kissed her in the ravine behind our house. On the mouth.

My sister was the type of girl who every boy wanted to kiss; I was the type of girl who watched The Monkees so I could suction my slippery lips to the TV screen and pretend I was smooching Davy Jones. Even at 10, I was boy crazy, but the neighborhood dudes were not lining up to make out with someone whose nicknames included “Bucky Beaver” and “Can Opener.”

So kissing — and the lack of opportunity to test it out — was clearly an issue for me.  This is not, however, why I wanted to kiss my sister.

I remember my rationale distinctly: if I could just give her a tiny peck on the cheek, an act that would take under a second, a little of her effortless cool might rub off on me. My simple show of obeisance would make me popular-ish. Which very well could lead to a boy-girl smackeroo for me, hopefully in the ravine behind our house.

I got up the nerve, humbled myself, and asked my sister to grant me this small favor. I assured her I was not seeking the same kind of slathery kiss I rubbed all over Davy’s televised image. I was suggesting the kind of dry, unassuming contact that one would bestow, with cautious deference, on Queen Elizabeth’s jeweled finger.

I braced myself, 50% sure she would sock me in the teeth. Instead, she seemed nonplussed, like underlings begged for stuff like this all the time. She led me to our parents’ bathroom and shut the door.

“Get down on your knees,” she imperiously commanded.

And then I paused. In my mind, I had been knighted, rewarded for my allegiance. I wanted to float in this space, to savor my triumph, to hold onto this moment as long as I could.

Finally, I opened my eyes. And blinked.

I did not find myself face-to-face with my sister. Nope. I found my face about an inch from my sister’s fleshy, naked rump.

She hoisted her Wrangler’s and walked away, and that was that.

I am sure the whole world found out. I’m sure I became a neighborhood pariah, replacing the kid who ate his own scabs. My nicknames, which always played off my snaggle-toothed smile, must have morphed into different, predictable ones like “Butt Kisser.” The fallout may have been tremendous. But, in all honesty, I do not remember.

What I absolutely do remember, vividly and with no mistake, was how I felt in those moments, weeks, and months after I’d been duped. Did I feel humiliated? Infuriated? Violated? Vengeful?

Not a chance. After all, no matter which cheek, I got my kiss.

being popularkissingsisters
1
Author susie b cross 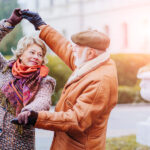 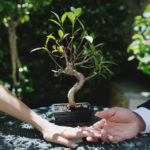 A Bonsai for Valentine’s Day. 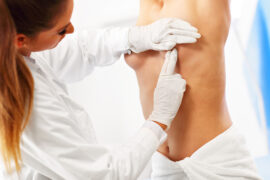 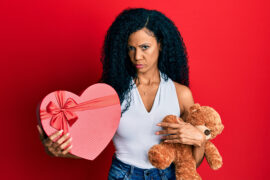