When I was a teenager, just starting to feel all the feels with my girly hormones, I got into the atrocious habit of reading romance novels. I mean, I guess the Sweet Valley High books don’t really count as “novels,” but you know what I’m talking about: that genre of lovey-dovey books depicting the complicated and beautiful heroine (who doesn’t know she’s beautiful), her bitchy rival (who’s sexy and she knows it), and the hot, brooding guy who doesn’t know that either of them exists.

But wait, what’s this? The heroine realizes, after a string of silly miscommunications and missed connections, that her crush has been pining for her THE WHOLE TIME. They smack themselves in the forehead for being so stupid and run off into the sunset together, or at least to the prom.

This was the fairy tale love formula I grew up following, deeply believing that it was how true love was supposed to work. Throughout my teens and twenties, I chased the stand-offish, unattainable, unaffectionate, disconnected bad boys, because deep down, I knew they really loved me, they just didn’t know how to show it.

Or they weren’t ready to show it.

Or they needed my help to show it.

So I would hang tough, stick it out, stand behind my fairy tale, because one day, this princess was going to transform the warty little frog into the Prince Charming he was destined to be.

It took me 15 years of banging my tiara against the wall to realize that I wasn’t dating frogs with any prince potential. In fact, I was dating Disney dwarfs, or dwarves, or whatever the plural is. How about dwarf-asses? Yes, I was dating Disney dwarf-asses who wanted me, the lovely and generous Snow White, with skin as pale as a baby polar bear’s ass, to continue cleaning their houses, making their meals, pinching their chubby little dwarf-ass cheeks, and singing them my ballads until they found a better, hotter fairy-tale princess like that bitch Jasmine. Or Ariel, who’s always flashing her tits (that tiny clam bikini isn’t fooling anyone, sister).

1. Dopey: The Dumb Ass. The one who only spoke in monosyllables. He was pretty to look at, but whenever he opened his mouth, my brain cells committed suicide. Even so, he dumped me, for a younger, dumber princess named “Ginger.”

2. Sleepy: The Lazy Ass. The one who couldn’t be bothered to get a job, requiring that I pay for everything with my measly Walgreens salary. He was too broke to buy toilet paper, so every time I spent the night at his place, I had to wipe myself with a stack of napkins from Hardees. The Princess and the Pea thought she was chafed? Pffft.

3. Doc: The Know-it-All Ass. This was the much older guy I met in college, who already had, like, four college degrees. It took me way too long to figure out the he was a “lifer,” who was just too chicken-shit to face the real world. He’s probably still skulking around girls’ dorms at the age of 50.

4. Sneezy: The Druggy Ass. This guy had more narcotics in his medicine cabinet than Charlie Sheen, and he even went into the business of, ahem, pharmaceutical distribution. He’s either in jail or the Witness Protection Program by now.

5. Grumpy: The Asshole Ass. This guy loved to point out the extra pounds I put on, said I didn’t know how to kiss properly (for the record, I am an award-winning Frencher), and refused to give me a single compliment (even after I begged for them! I know. I’m pathetic).

7. Happy: The Ass That Was Merrily Banging Other Chicks. All I can say is that all of his “happy endings” probably led to a spotted, pissed-off penis. Venereal disease can be a punch line, if it’s delivered by a comedienne named “karma.”

So what finally got Snow White to wake the eff up? Not Prince Charming: therapy.

It dawned on me after spending eleventy billion dollars on my psychological repair that there is no fairy tale. It doesn’t exist. What does exist in healthy relationships is respect, kindness, tenderness, communication, forgiveness, reciprocation, and commitment. It took a lot of convincing by my therapist, my mom, my sisters, my friends, and even myself to accept that a man who treated me lovingly and respectfully, who I didn’t have to chase because he wanted to be caught by me, was the type of man I should be with. One magical day, I ended up marrying that man, and now, 11 years later, we have three little princes of our own. Whatever happened to the Seven Dwarf-asses? I don’t honestly know . . . but I bet they’re living assily ever after.

Ashley Allen is a multi-task-dysfunctional mom of three boys, including a set of twins, and a survivor of a weird childhood. She writes a circusy, irreverent humor blog at http://www.bigtopfamily.com about her childhood and adulthood, and always ends up finding that the bridge between them isn’t as long as she thinks. When she’s not blogging or juggling the family  balls, she’s posting her ridonkulous musings on Facebook http://www.facebook.com/bigtopfamily and Twitter http://www.twitter.com/bigtopfamily. 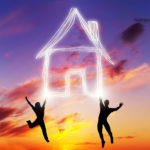 Why My Divorce Looks Different Than Yours 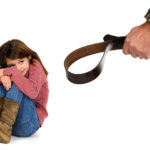 Struck: The Pope is Wrong. There is No Dignity in Spanking