In the unlikely event that you were wondering what life looks like at our house:

5am -Alarm goes off. This is, allegedly, my moment of empowerment. New day. New start, blah, blah. Reality is same crap, different day. Glare at sleeping husband. Hate that he sleeps through alarm. He doesn’t have to rise at dawn for solitude, he rides alone in his car every day. A luxury I have not had since approximately 1997.

6am -Walk dog in pre-dawn 100 degree heat. Even my sweat is sweating. Flash back to January and my vow never to complain about the heat again. This empty promise does not count as a lie because it is one of the untruths moms tell themselves– after being snowed in for days on end–that helps avoid a full-on, homicidal rage.

7am – After exactly two sips of coffee, hear footsteps above and cringe. Someone is awake. This means I’ll carry the coffee cup around the entire morning, reheat it a dozen times and never finish it. I sigh, and peek at Facebook long enough to see everyone’s annoying vacation pics on my timeline. Beach sunrise photos everywhere with the tagline, “good morning from (insert tropical location).”Maybe I will take a selfie with the dishes piled in my sink, adding the caption, “the view from my room overlooking the kitchen.”

8am -Youngest son comes down and asks for breakfast. My list of self-serve options starts an escalating cycle of whining and flailing. I reach for my coffee cup to throw at him and remember it is in the microwave reheating. Damn. Settle on throwing him a bag of Little Bites crumb cakes hoping dog will eat crumbs off couch later. Still consider it a win because I am not actually cooking for anyone. Spin, grab another bag and throw it at middle son as he comes down stairs.

9-11am -Search for summer homework packets. Can’t remember the safe, full-proof spot I put them in last week. Decide one more day without summer homework won’t lead to loss of brain cells. Reconsider as I watch youngest son entranced by fly swatter.

11:30-1pm – Oldest child awake. Because he is 15, he drinks OJ, grunts and shuffles to the basement to play video games. During this brief, cameo appearance he speaks to no one but checks his cell phone 25 times. The other boys then engage in a 90-minute oxymoron of whining about starving to death while standing in front of a pantry full of food. Shut myself in bedroom with dog and pretend to fold laundry. Instead, plop down on mountain of clean clothes and watch multiple episodes of House Hunters.

1:00pm – Make lunch and wonder why a sandwich is a perfectly acceptable lunch the entire school year but considered child abuse when served at home in the summer.

1:30-3:00pm – Venture out of house. Squint in daylight like prisoner released from solitary confinement. Drive in search of goggles for swim practice as goggles purchased exactly two weeks ago are now broken/lost/too tight/too loose or wrong color. Curse whomever decided that sporting goods stores should sell unhealthy candy, gum and drinks near the register.

3:30-5:00pm – Ride home as kids declare all songs on the car’s 300 satellite stations “suck.” I think they wouldn’t want to hear my list of things that suck. Boys announce they are hungry again because I am only mom in the world who does not buy food every time we get in the car. Apparently, I suck.

5:30-6:30pm -Actually fold the laundry this time while two youngest attempt to find non-mildewed towels for swim practice. Think back to March when I signed up for camps. Summer was a distant hope and I was delusional enough to believe that two unstructured weeks would be a cross between the Disney and Discovery Channels. Lots of magic with some good, old-fashioned fun. Now it is just like the show Survivor on regular, old-fashioned CBS. Lots of backstabbing, shifting alliances and bug bites.

7:00-8pm – Find general email address for camp. Write and rewrite email to sound less pathetic when asking if they have any openings in current session, a full week before our registered session begins. Throw away pride and just beg them to take us ASAP. Wince as I hit SEND.

8:00-9pm -Kids home from swimming, reheat dinner. Listen to them fantasize about eating out like everyone else except our boring, hopeless family.

9-10pm -Day almost over and I have exactly one pile of folded laundry to show for it. Day ends with sweaty dog walk, just as it started. Afterwards, sit down in chair as middle son asks, “What are we doing tomorrow?” Snarl and bare teeth until he backs away. More grumbling about our boring, hopeless family.

Then I prove how truly boring and hopeless I am by falling asleep in chair 15 minutes later. Even in slumber, I can see the eye rolls that ensue. 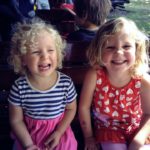 The Infinite Value of the Smile 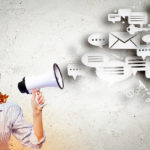