The Hallmark Channel’s Christmas parade of premiers could be in real peril. With a full line-up of cuddling, festivals, bake-offs and sing-alongs they may find themselves out of step in these pandemic times.

Lest they feel overwhelmed by the daunting task of retooling programming, I have saved them the leg-work and offer the following titles and plots:

A Social Distancing Christmas
Genevieve is furloughed and back home in her childhood bedroom surrounded by pics of prom and high school boyfriend, Granger. Granger never left town, works in her dad’s Salvage Yard and has a dog to show he has a big heart. The poor mayor changes the town Christmas Festival to a drive-by parade and plugs in the giant tree all by himself in the square on Main Street. Granger rehabs the town’s Drive-in Theatre for a screening of It’s a Wonderful Life hoping to impress Genevieve and bring their love back to its former glory as well. The whole town shows up and Genevieve sees Granger is worth giving up her dreams of leaving her Podunk place for bigger things. Every time a bell rings someone drinks hot chocolate.

Snowflakes and Sanitizer
Dave is a consultant from “the city” sent to close down the CedarFallsville’s factory and largest employer. Hailey, the president of this family-run business hates Dave on sight which means she secretly thinks he is cute. Hailey (the same actress from last Spring’s Tulip movie) Facetimes Dave at night to fight closing. Soon he loves the town, its people and champions the cause. The factory workers have won him over with baked goods in the break room making him overlook the fact that no one is shown doing actual work. Dave’s Zoom presentation to the Board suggesting a switch to manufacturing Hand Sanitizer is unanimously accepted. Dave saves job, the factory and society while winning Hailey. Dave becomes the factory CFO and they live happily and germ-free ever after.

A Curbside Christmas Crush
Ellie is the owner of new bakery, creatively named ‘Ellie’s,’ now closed for Covid-19. Ellie and Joy—her best friend and only bakery employee- create a website for online orders. Ethan, a wannabe carpenter stifled at a desk job, is soon a daily curbside presence. Ellie and Joy somehow never eat raw cookie dough while baking and arguing about whether Ellie likes Ethan or is just grateful for business. Ethan spends weekends building a cart for Ellie’s pick-up orders after she laments she can’t afford one. Ethan asks Ellie to join his family’s weekly virtual Christmas Carol call, prompting an “I Told You So” from Joy. Love blooms amid bad harmony and a bagel to go.

Quarantined with Cupid
Gabriella is a struggling food writer renting a mountain cabin in Snow Bird Falls to test recipes and relax after a Christmas cruise with her parents is cancelled. Upon arrival, Gabriella builds a fire that fills cabin with smoke. Opens doors and windows as Scott, the rugged resort handyman who happens to play the piano, is walking by. He dons his mask and adjusts the flume but a spark for Gabriella is still smoldering. He invents reasons to check on her during her stay and seemingly has no other guests to tend to. Scott fixes Gabriella’s scarred heart! They await the day they can remove masks, see each other’s smile and really get something cooking.

A Netflix New Year’s Eve
Simone, a Fashion Influencer who inexplicably wears bad Kohl’s clothes, is planning an Instagram worthy at-home New Year’s Eve with boyfriend Carl. Carl thinks Simone is shallow and tries to change her by buying her self-help books for every occasion. Instead of the marriage proposal she anticipates, Simone gets a break-up text from Carl on Christmas. This surprises no one except Simone. Chad, her sidekick and brother’s best friend, is no stranger to Simone’s past heartbreak. He sends her Instacart with ice cream and Junior Mints and offers to watch Netflix on the phone with her for New Year’s. Before the stroke of midnight, Chad and Simone realize they have a picture perfect love.

A Yuletide Travel Ban
Allister is a Brit living in America but often travels home for some important but undisclosed international business. A travel ban strands Allister in England for the holidays and foils his plan to propose to Chelsea, a teacher, over Christmas. Allister enlists friends to join him for an evening playing virtual charades during which he will act out his proposal. In the middle of his big moment, Chelsea’s internet goes out. The group continues the game over consecutive nights and hilarity ensues with no proposal. Chelsea’s frustration over suddenly missing all of Allister’s clues leads her to think he is breaking up. Love wins when Chelsea finally correctly interprets Allister and acts out her own answer: A resounding Yes!

Santa on the Frontlines
Bill, an out of work Mall Santa, misses helping others over Christmas but in the real world would actually be considered a stalker. Bill overhears Holly, a nurse juggling her job and single motherhood, talking on the phone after her shift as he walks behind her. Realizing her struggle, he decides to be her Secret Santa. Delivery of daily gifts gives glimpses into Holly’s life. One day on his way to deliver a gift, Bill stops and chats with Carrie-Holly’s neighbor, friend and babysitter–and Holly’s son while they build a snowman. Both Carrie and the son have no stranger-danger instincts and divulge private information about Holly. Holly and Carrie argue over whether Bill is Secret Santa or quiet doctor at work. Bill sees Holly laughing with doctor outside hospital and realizes he is jealous. Bill rings Holly’s doorbell, stands 6ft away and offers her his last and biggest gift, his heart.

Webcam Winter Wedding
Cameron, a florist, is engaged to Jake and planning a 200-person Christmas Eve dream wedding which is crushed by pandemic. Cameron pouts as she delivers floral arrangements for others’ happy occasions while facing the cancellation of her nuptials. Jake, a welder, doesn’t understand Cameron’s obsession with the wedding and not the marriage. On the verge of breaking off the engagement, Cameron talks to Grandma June, who prefers to be called GJ. Although GJ only looks about 50 years old, we know she is older because she is so wise. She retells the family’s favorite story of marrying her husband of 60 years in the judge’s office before he went to war. Cameron just knew GJ would have the answer and she asks her to help plan her intimate, 10-person wedding with a Zoom link for the rest of the guest list. Cameron and Jake kiss on the steps of the chapel and GJ winks as the snow lightly begins to fall.

You’re welcome Hallmark; I will leave the rest to you. I just know that pandemic love can be conquered with a little creativity and some good old Hallmark magic! 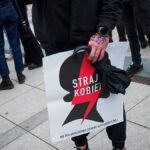 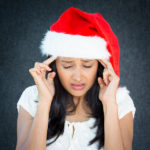 And So I Married A Christmas Elf: Tales from a Christmas Hater Turned Holiday Tolerator