I cringe every time I kick my husband in the head. But he is used to it; I do it at least twice a night. Sometimes he takes a direct shot to the face.  I always feel a little guilty about that one.

Not guilty enough, mind you, to stop sleeping with my head at the foot of the bed to keep his poor face out of harm’s way.

Marriage is an exercise in compromise.  Sleeping at the opposite end of the bed is my concession to gain a little freedom.  And to protest the notion that it is natural to share a bed with someone every night. After all, nothing in my vows included, “On a Serta Perfect Sleeper, until death do us part.”

Before you start pelting me with Bible verses about the marital bed, let me be clear:  I adore my husband. I want to spend time with him. I am aware that there are some pretty awesome perks to being in a bed with your man

But deep sleep ain’t one of them.

That glorious, R.E.M stage of slumber is fleeting for we light sleepers. Having someone else in bed makes it hopeless. Every time my husband moves, I wake up. If he snores, I lie awake debating whether smothering nudging him is a wise move.

Wanting my own sleeping space has more to do with melatonin than devotion. Most people spoon and cuddle their way through life. Good for them. I just want my husband to love me and then leave me alone to sleep diagonally and snuggle the remote control in the flickering light of the television. .

Doesn’t that make me the perfect woman?

I managed to hang out in our bed long enough to produce three children thankyouverymuch. And guess what? Toddlers like sharing a bed with you and don’t really give a crap how you feel about it. This is the prevailing attitude when Calliou is life-coach for the 5 and under set.

But, the thought of scrapping for covers with a third person? I just can’t even. So, I resorted to snoozing in the kids’ rooms, dragging my ass back to our bed, fitfully sleeping and repeating on continuous loop until daybreak.

I know I’ll sleep when I’m dead because I’ll be in the coffin alone.

The toddler phase might have been a new level of torture in sleeplessness, but it was merely the appetizer for the main course that is Menopause.  In case you can’t get your head around this cruel and unrelenting hormonal disruption, allow me to paint a picture for you.

Imagine lying in bed in a pool of sweat but you have no work out or caloric burn to show for it. You kick off the covers and purposely accidentally kick your husband; who is all curled up and cozy in the fetal position. He sleeps so soundly that he doesn’t even react to the blow. That really pisses you off and makes you sweat even more. You jump out of bed and claw at your clothes until you stand nearly naked, with tears and perspiration rolling down your face. Lounging on the cool tile of the bathroom floor seems completely logical at 3am in Sweatville.

Back in the day, hormones were down right sexy. But in midlife Mother Nature is neutering me; one unsexy hot flash at a time.

I stand over my husband and covet his crisp, non-sweaty side of the bed.  His dry brow and deep state of slumber make me hate him a little. Ok, a lot. The dog, having happily hopped up in my empty spot, senses there has been a tip in the balance of sanity and slides a little closer to his male counterpart.

Apparently the dog didn’t get the memo about bed sharing either.

I just want to flip my pillow to the cool side in peace. Is that too much to ask?

It really comes down to this: I stick it out because it is my quirk and my husband wants me right there beside him. Every night, I have the best of intentions, but before dawn; I end up backwards again relishing the bit of extra space to spread out where I can enjoy the cool breeze of the ceiling fan.

Some people count sheep to fall asleep, I count the days until business travel gives me the bed to myself. 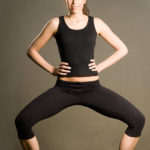 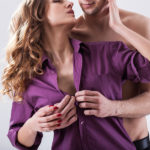 Playdates and the Ever Present Specter of Infidelity