Within the first minute of Shakira and Jennifer Lopez’s SuperBowl LIV halftime performances, the cell phones in the family room where I sat were whipped out faster than you can say “guac rocks” to Google the performers’ ages. It was an undeniable moment of GenX group think. Yeah, we were surprised. We laughed when someone suggested that the child choir members backing up these superstars were all 35.

While I admit my knee-jerk reaction as a 50-year-old was “Dear God, when are women ever allowed to rest?” I had a very different reaction once I’d slept on the issue. That was a great performance. Not a single one of our GenX asses got off the couch during that extravaganza. We were all riveted.

What those two entertainers did was athletic and one hell of a show. Gosh darnit, it was fun. And – I have to ask – if it had been Prince, would we even question any of it or would we have simply have sung out loud and gone along for the ride? Would we have Googled the performers’ ages had they been men? Would we have questioned the crotch shots or gyration?

My guess is no – we would not have thought much about their age or appropriateness or attire.

I am 50. I have a master’s degree in Cultural Anthropology and studied sex and gender throughout graduate school. I have spent many decades trying to figure out if the patriarchy could actually be dismantled. But…

I have also taught intense fitness classes for more than 20 years – from Step to Cycling, Strollerobics to BootCamp insanity. I love the hell out of my fitness job. There is absolutely nothing like the feeling you get from the energy created in a group setting by moving your body with abandon. I love my body and what it can do. I constantly challenge my mind and body to do more.

I am 50 – I have also been undergoing breast cancer treatments for a year-and-a half and have a ton of pre-existing joint issues. But…

I always tell my classes to focus on the “cans,” not the “cant’s” and to honor their bodies each and every day – for that is how a rolling stone keeps on keepin’ on and then some. I have worked many, many jobs: radio news anchor, archaeologist, speechwriter and more. But the one type of job that I have done consistently for more than two decades without getting bored has involved dressing in spandex, creating choreography, using my voice and moving my body to motivate people to enjoy each other’s company and find better physical, mental and emotional well-being.

Like every human lucky enough to be alive, I am, and you are, aging. Life can be uncomfortable. But, gosh darn it, life can also be fun and exciting and EXTRA. And that is my reaction to this performance. They did their job phenomenally well. They are athletic. They strive to perfect their craft and create community and celebration. I revel in seeing people shine. I know, and they likely know, that there will be a day when an off-the-hook dance eliciting stadium-sized energy will be a dream. But, in order to remember those days, one must first create them.

That is what those women did for themselves. That is what they did for us. They showed us what is possible if you live with passion, sing with gusto and just do your thing.

The takeaway from Super Bowl LIV (which looks suspiciously like Super Bowl LIVE!), GenX Goddesses? Raise your voice. DO NOT DISAPPEAR. Move like you want to move. And LIVE until you don’t.

Krista Genevieve Farris is an opinionated GenXer who reserves the right to shift her view when warranted (’cause that’s evolution, folks). Her slightly less opinionated GenX husband and their three sons put up with her shit regularly and when they don’t she shakes it off while wearing spandex like a GenX Goddess. Her writing can be found here on BluntMoms and elsewhere via links on Krista’s writer’s website.
https://kristagenevievefarris.wordpress.com/
GenXJennifer LopezShakiraSuperbowl halftime
2
Author Krista Genevieve Farris 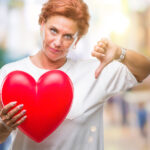 Divorced Valentines, I Salute You 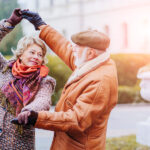