Many people seem shocked and surprised by the recent allegations of criminal sexual conduct by politicians, journalists, Hollywood execs, and other people of power.

Day after day, new allegations emerge, and day after day more people in the media feign surprise and outrage. Even the conservative blogger Matt Walsh, who wrote that he doesn’t think rape culture exists in the U.S., has attempted to make sense of it all.

His answer, like many talking heads, is short and simple and supports a particular narrative. The problem is it’s grossly lacking.

How do I know? Well, I had the blood-pressure-raising privilege of trying to sit through twenty-five minutes of him talking about it yesterday.

I am not a fan of Walsh’s style, but his take on pornography intrigued me, so I watched it. Then I felt compelled to write him the following letter.

I stand with you in your quest to better understand this problem and educate others about it.

That said- your assessment of the situation is grossly lacking. You assert that the consumption of pornography in our country has birthed a culture of disrespect, which has, in turn, led to this recent avalanche of sexually aggressive and deviant behavior.

In your video, you addressed the surprise your audience has expressed in light of all of these assaults. You challenged them by saying they shouldn’t be surprised given the givens. But your givens are wrong.

Another thing. The majority of women here in the U.S. are not surprised by these allegations.

Let me repeat that. We are not surprised.

If we are surprised by anything, it’s that people are finally listening and believing and that perps are experiencing the sting of consequence.

We are certainly not surprised by the culture of silence that surrounded these people and allowed them to continue their crimes. Nor are we surprised that people remained silent for 20, 30, and 40 + years.

Do you know why?

Because as women, we have learned how to navigate this culture. We are skilled at avoiding unwanted attention, getting out of uncomfortable situations, de-escalating harassment, and keeping our nose down while walking as quickly as possible.

We have kept quiet in discomfort, and done it with a smile if we were raised “right.” We have learned to dismiss and ignore unwanted advances, and we have carried the weight of trading safety for silence.

While some of you are scratching your heads and attempting to make sense of it all, we are telling you that this is nothing new, that we are not surprised, and that we have been living with this all our lives.

If you want to make a dent in the pornification of our culture, (and I believe you think you do) you’re going to have to address it at its root. But that is full of words and concepts you are likely to despise on an ideological level.

Sexual assault, harassment, and other forms of aggression and oppression against women have been around since the beginning of time. And until you and others start listening and looking honestly at the culture of misogyny that has bred all of this, I fear we may not get very far.

Jen Kinney is a writer and anti-trafficking activist. Her twin sons and passion for social justice make her a prime candidate for therapy. Humor and sarcasm fuel her, along with copious amounts of coffee and wine. You can find her writings at The Mighty, HuffPost, and her blog www.jenkinney.com. 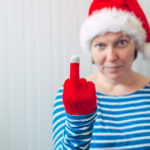 Dispatches From The Front Lines 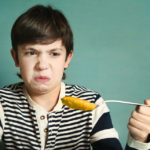