If you’ve been living a life, then you know firsthand how much it loves to throw unexpected little disasters your way. Like that time you ordered a Quarter Pounder with cheese only to be given a nasty Filet O’ Fish sandwich instead. Or the day your dishwasher finally gave up the ghost when it was packed full of dirty dishes.

Maybe a deadline got moved up and you found yourself scrambling to accommodate your boss while you were sick with the flu or your vacation to Hawaii — the one you dreamed about for years — took place during the same week Aunt Flo decided to pay you a visit.

Humans acclimate to all sorts of unpredictable wrenches that get tossed into the spokes of the wheels that turn our lives. It’s what we do.

But sometimes… adaptation is a painful and difficult process. Especially when you find yourself trying to adjust to the sudden loss of a loved one, and especially around the holidays.

Thanksgiving was always my brother’s favorite holiday meal. The man’s stomach was a bottomless pit and to this day, I’m still not convinced it didn’t contain a black hole somewhere because he could eat as much as he wanted and never gain an ounce. Lucky bastard.

He loved to see a Thanksgiving spread so wide and so packed that the table stood poised to buckle under the weight of the food it held.

And turkey legs. Oh my gods, did that man love turkey legs — the bigger, the better. If there is a heaven and he is in it, I’m telling you right now it also has mutant turkeys with a bunch of extra legs running around everywhere. I imagine hordes of spider turkeys just roaming the plains, waiting to be oven-baked to a crispy, golden-brown finish, and my brother chasing after them with a giant net and a gleeful smile.

He passed away from a ruptured aneurysm the night before Thanksgiving, five years ago. Writing that out, I still can’t believe that much time has passed. I sometimes feel a little confused about when to mourn because he passed away on Nov. 25th, but Thanksgiving is one of those flexible holidays whose date changes from one year to the next.

Needless to say, we haven’t eaten turkey for Thanksgiving since.

The very first Thanksgiving — the day after he died — I don’t think I ate anything at all. I drank enough fluids to ensure I wouldn’t run out of tears; I know that much because I cried plenty. I eventually started eating again a couple of days later, but I had no appetite and the holiday may well have not even existed as far as I was concerned.

The second Thanksgiving, we gathered at my mom’s house and ate a couple of sheets of pizza warmed in the oven. My girls’ and my niece baked chocolate chip cookies for dessert and we watched Hallmark Christmas movies on television.

We were together, such as it was, and that’s all that mattered.

As the third Thanksgiving approached, my husband suggested making his tacos — the ones his grandmother from Arizona used to make — because my mom had never had them before and we thought it would be a special treat.

We didn’t realize at the time that tacos would become our new Thanksgiving tradition.

These are not your average tacos — not by a long shot. Fresh corn tortillas are filled with raw ground beef on one side, slid into a cast iron pan of hot oil and folded over into a half-moon taco shape while they fry. They’re pulled from the oil once crispy and set on a plate covered in paper towels for a minute while the next batch goes into the pan. Crumbled queso fresco or goat cheese are stuffed into the tacos after they are cooked, along with a squeeze of lime, salsa, lettuce, tomato, or whatever you want to put in yours.

(I’m partial to just meat and queso fresco. Honestly, I could eat queso fresco by the bucket-full.)

Because the tacos are cooked in small batches, we don’t even sit down at a table. We stand in the kitchen, small plates in hand, talking and eating and gathering together as my husband fries the next batch of tacos. I usually make his tacos for him so he can eat while he slaves away over the stove, enjoying bites of my own while he works. My mom’s dog stands at attention, too, watching and waiting for crumbles of cheese, meat, or tortilla crumbs to fall in her general direction.

Tacos are not an elaborate Thanksgiving meal or even a traditional one, really. Nor is eating while standing. But this new tradition is exactly what our family needed.

It’s what we hold on to.

Sometimes you need to break away from longstanding traditions to get through the holidays after you’ve suffered a difficult loss. At the end of the day, though, beautiful new traditions can emerge from that wreckage — with enough time. 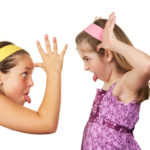 The Truth About Siblings 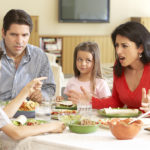