When I was younger, I honestly believed that my teachers lived at school. Imagine my surprise when I saw one of them out in the world, in the grocery store of all places, buying milk and bread as normal human people do.

My mind was totally fucking blown.

Time passed and I eventually grew into an adult. Along the way, I learned a whole bunch of new things. I learned that turning the microwave on while it’s empty when you meant to turn the kitchen timer on instead will kill your microwave dead. Also, fresh beets roasted in the oven taste a thousand times better than soggy beets from a can. I learned how to file my own taxes and change a tire.

I also learned that teachers, like parents and like all other human people, have thoughts. They have feelings. They have opinions.

My kids tell me just about everything that goes on in their lives. I’m sure they have a least a few secrets but I’ll be damned if I could guess what they are. I know about one daughter’s bisexuality. I know about my other daughter’s struggles with eating and her weight. We are all incredibly close, we hug every day, and there isn’t much – if anything – that we won’t talk about with one another.

So naturally, my girls regularly spill the tea about stuff that happens at school.

My oldest came home recently and she was livid. Livid with a capital L-I-V-I and D. I inquired about her state of mind and she explained that she was upset by one teacher’s off-the-cuff “lecture” in class. Turns out, the guy launched into a rant about feminism and how it’s about females achieving domination over males.

(Yes, I know… this guy is a teacher and obviously went to college so he should know what the term “feminism” actually means. It’s a term my lesser-educated teenagers both understand, but that’s neither here nor there.)

That alone was enough to anger my child, but her teacher took it about 90 steps too far the moment when he expressed his opinion that if a woman is raped, it is her fault.

Yeah. My teenaged daughter’s teacher legit said that in a classroom. Rape. Is. The woman’s. Fault.

My jaw hit the floor. This guy has a daughter. Will he feel the same way if she is assaulted one day? I wondered if she would even tell him if she were.

Moreover, I wondered what the fuck gave him the right to share that opinion in a high school classroom. I read somewhere – either online or in a fortune cookie or some shit – that opinions are like assholes. You know… because everybody has one. Over recent months, I’ve learned a lot of things I almost wish I didn’t know about that teacher, including his dislike for anything made in China and his opinion that Muslims want to kill everyone who isn’t Muslim.

Why do I know these things? Because he shares those opinions with his students in the fucking classroom.

Math. Science. English. Social studies. Teachers are there to educate our children on facts. Art gets a bit of a pass, perhaps, because its more about technique and creative expression, but you get my point. Teachers don’t go around showing their assholes to students and they’d do well to extend that same courtesy when it comes to their opinions.

During the school day, I shouldn’t be receiving texts from my daughter that say, “This guy is lucky I didn’t strangle his ass. I would but I am a woman of respect. I am OHHH GIRL,” before going on to explain what ridiculous fucking thing her teacher said today.

As parents, we are responsible for the spiritual and moral upbringing of our children. For instance, I have chosen to raise my children in a manner that allows them to think for themselves and decide what they wish to believe in terms of religion. Instead of raising them with one religion, we talk about all sorts of spiritual paths. We have many books on world religion and spirituality, and yes – we even have a copy of the Qur’an.

Perhaps it should be noted that I am Pagan if that matters. My husband is an atheist. My children will be… whatever they choose when they are ready to make that decision for themselves. The one thing they do know for certain is that all religions are right for their followers, and all should be respected as such.

They also understand that every culture is proud of its unique accomplishments but carries its own share of less-than-desirable qualities and history – ours included. My children don’t “hate” any culture. They find no truth in cultural stereotypes, with perhaps exception to the one about Italian grandmothers who throw shoes at misbehaving children… because that one IS true. My grandmother’s slipper could boomerang around corners to nail you in the back of the head while you were hiding in an adjacent room, I shit you not.

If anything, though, I’m exceedingly thankful for having raised children who do not accept others’ opinions as “fact.” I’m thankful for raising children who are strong enough to think for themselves. Even when their teacher is trying to “teach” them.

Come to think of it… that teacher could really stand to learn a thing or two from my kids.

This author has elected to publish her work anonymously. 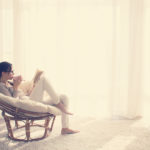 Forget Balance, We Need a Rest 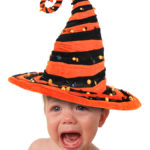