When my first daughter was born, I lucked out and saw a presentation by the authors of NutureShock: New Thinking About Children.  The book’s premise was taking long-held parenting beliefs and debunking them with science.  There’s a chapter on race and how the idea of us saying we are colourblind and trying to raise our kids accordingly was and would continue to fail.  I won’t go into details just to say I took the message to heart. Growing up in New York City, in a French school full of diplomats’ kids,  there was always white, black and every shade of brown in between. My dad always harped on about how we are all the same. I was determined to raise kids who were equal rights warriors.

Having moved first to Singapore when I was pregnant with a toddler in tow, the girls were used to getting stared at a lot being in the minority.  Singapore’s population is made up of Chinese, Malay, and Indian people. The country has four official languages.  Homogeneity was never a thing where we lived but prejudice was. We tried to counteract it, saying that we may look different or have different cultures and beliefs but we are all human, etc.  One was just a baby, the other not even three. I felt I was getting this right.

Eighteen months later we moved to Thailand.  And around the second year there,  a friend said she was coming to visit from the States and was there anything I needed. As an expat without an “expat “package, we did not get tickets back home so I jumped on the opportunity to get some hard to find goods.  There was a sale on Disney princess barbie dolls –$10 a pop. In Bangkok, those suckers sold for $100, sometimes more. I went a little overboard. I figured they could be Christmas and birthday presents from their grandparents whom they never saw since they lived half a world away.

On the second round of gift-giving, the girls, who were three and five at the time, got two dolls, and I noticed neither of them wanted to play with Tiana. I was shocked. I thought I had been doing a good job of mitigating the “white is better” culture that is pervasive in Asia, no subtlety required.  (Just try buying yourself some face cream in any supermarket or drugstore and 99.9% of them say whitening on the bottles and jars.) I prodded the kids a bit asking them why didn’t want her.

Tiana was my favourite, with her super work ethic and none of that poisoning her mom shit Merida did. Why didn’t they want to play with her?  They said she wasn’t as pretty.  With further questioning, I discovered this went beyond just skin, even white dolls with dark hair were less desirable.  They represented the “bad guys”. Their father is Mexican. They both have dark hair.  I asked them what they thought about one of my best friends at the time there, who is Ethiopian. The girls loved playing with their sons. “She is beautiful! She is so nice! We love her!”  I asked about her sons, their playmates. Again, only positive things. So why don’t you like Tiana? “I don’t know.” The oldest one said it isn’t that we don’t’ like her, we just like the others better.

What the actual fuck? How was I getting this so wrong?

I was so flipped out, I went on overdrive. Having gone from trying to focus on inner qualities because I didn’t want my girls to have their self-worth tied up in how they looked, I was suddenly going on and on about how I wish I wasn’t so pale. How beautiful my Ethiopian friend S’s skin is. How gorgeous that fuschia pink bathing suit looked on our friend’s daughter’s black skin.

About two years after that day,  one of my girls came to me and said, with a sad look, Mama I wish I was black.  Her little sister chimed in and said to me “Me too, Mama, I want to be black.”  My first reaction was “Fuck Yeah!”  I did it!  She doesn’t see having black or dark skin as something negative but something desirable.

And then I felt sick.  Not because I had managed to make my girls feel utterly shite about how they looked – though that was an unintended fail. My second gut reaction was how that was crazy. How could she want to be black? Didn’t she realise how hard life would be for her if she was?  And I had no idea where to start. How did I begin to explain to these two tiny beings that the world is so unfair.  To some extent, they knew this, as entire families lived in boxes and hammocks under a highway 200 ft from our house. We were surrounded by inequity and extreme poverty.  We often talked about how some people are born luckier than others and what can we do to help redress that balance. But I felt totally lost on how to move forward dealing with racial inequality and racism.

I won’t lie. I put it off.  We were far from the states and the racism/prejudice we dealt with on a daily basis was entirely different but absolutely shocking. Our conversations were usually on why Janine’s mother doesn’t let her helper have a day off or phone and locks her in the house when she leaves.  I felt like I had my hands full with the modern-day slavery surrounding us.

We recently moved back to the Americas and are living in Mexico.  As I began to research how to decolonize my kids’ history lessons, I was recommended  White Rage and White Fragility for my own education. Holy shit, that was eye-opening. I knew I had inherent biases but I had not realised to what extent. Our exploration of histories is a work in progress as is the continued work to decolonize my mind but it has helped me frame the conversations around the Black Lives Matter movement and recent events.

I hated having to sit down with my kids and tell them about Chris Cooper and George Floyd but I also knew it was a sign of my privilege that I could even contemplate putting it off. I didn’t. They are now nearly ten and twelve. They have friends whose parents have already had to sit them down for the “Talk” in the hopes of keeping their boys alive.  I showed them the Chris Cooper video. I explained that the woman knew she was putting this man’s life in danger when all he did was make a request she leash her dog, which is the park’s rule.  They were aghast. Then I told them about George Floyd,  They were still so innocent they could not understand the injustice. They were incensed at how this could even be happening. We talked about Trayvon Martin. I told them there were many others.  They were up in arms, begging me to explain why this was happening. Why weren’t the culprits arrested?  Why hadn’t we stopped this from continuing to happen?  I had no answer. Watching their innocence destroyed at that moment, I realised, this happens because people like me have not stood up for what is right.

My kids will likely never wish to be black again, but now they are allies and determined to make sure we have a future where we can celebrate all our colours and no one has to live in fear because of the colour of their skin. 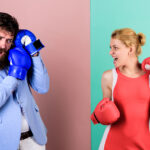 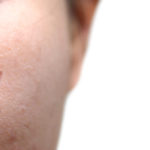 When A Lil Something Isn’t Nothing