If you’re a woman who got her first email just before or after starting college, and who remembers the floppy disk, then I have something to discuss with you. Chances are, you and I have had some common experiences. Our childhoods were spent in the pre-smartphone era, but we are raising our kids in the age of digital technology at our fingertips.

My sisters and I would play outside in the backyard and walk to the park with our friends, unsupervised and GPS-free. We could walk to the bus stop by ourselves while my mother would watch from the window. I got my ears pierced at the age of 13, plastered my bedroom walls with pictures of Backstreet Boys, and I would “hang out” (because that’s what we used to call it) at the mall with my friends when I was a teenager. I had no cell phone or pager , just some change for the payphone to call my mother when we were ready to get picked up. When friends would call, I would sit hunched on the floor with the telephone wire extended into my room (that was the extent of my privacy), tripping my poor father whenever he would walk past. Friends would come over and we would try on make-up and nail polish. We did this for ourselves, and eventually, the makeup would be washed off and the nail polish would fade.

Things were smooth, relaxed and somewhat…predictable.  In retrospect, I look at these memories as a time that was free, uncluttered, and unhindered by the outside world. Fast forward fifteen or twenty years. Whether you have a successful career, are globe-trotting with friends , or doing small jobs while living at home, a lot of us have the same issue on our minds: children.

Welcome to motherhood. More importantly, welcome to a world of fear that you, nor your mother, has ever experienced before. This is new territory in parenting. As a mother of four, I can best explain that fear to you through anecdotes from my life and the lives of other moms:

When your daughter turns four, you find yourself in the Barbie and Bratz section of Toys R Us. You look at the outfits. You look down at my daughter and then steer her away (unwillingly) to the Strawberry Shortcake dolls (She’s flat-chested, isn’t on a date with a partner, and she smells pretty.

You, who spent your twenties sunbathing unhindered on the beach with a skimpy bikini might find yourself second-guessing yourself before buying the $3 skort for girls at Target.They look almost too….short. Why do they have to come in every color with matching shirts?

You might find yourself dragging your nine-year old son into the ladies room at the mall, not caring who looks at him because there’s no way you’re sending him to the men’s room alone.

You might find yourself teaching your daughter that the women in head scarves and flowing gowns are forced to wear them by their dads, knowing full well that the majority have chosen to dress that way. You wonder if their prophet had it right all along.

When your pre-teen asks you for an email address, you find yourself carefully writing down the passwords to any account, only to lose the paper a few weeks later and find yourself locked out of your child’s internet life.

If any of these acts sound familiar, then you and I fall under the same category – the fearful parent. While we were growing up, we made mistakes. We wronged our best friends, we started fights with our parents, we snuck out at night, and we tried things we shouldn’t have. We’ve made our own mistakes but those mistakes were usually hidden from the public eye. We were, in a sense, free to make mistakes. We were free to wear what we wanted, either at home or outside, because the only people who saw it were the people who we chose to have us seen by. We were free to play outside at the park without being stalked, because our moms never posted a FB status on where they were headed. We weren’t “followed” in any sense of the word. We weren’t judged by anyone who we didn’t want to be judged by. We had a certain “right” to be ourselves.

Times have changed, for ourselves and our children. We saw the advent of the internet, the social networking, the iPhone and YouTube videos.  We’re raising our kids in a world that is no longer private. We know that when our child posts their status “I’m going to such-and-such mall,” we’re not sure who else will show up, invited or uninvited. When our child sends a picture of themselves in make-up to her friends, we’re not sure where the picture will end up and what consequences it might bring. When our child enters the bathroom alone, we’re not sure if someone who has been “following” them on Snapchat, will be there in the bathroom with them. When our daughter tucks in her shirt, we’re not sure who will take a picture of her behind and send it to people we don’t know. We sometimes think quite foolishly that we have the upper hand, that we’re prepared when in fact, it’s everyone around that is prepared. They are ready and willing to take away our freedom, namely our ability to raise our children in an environment where we call the shots. It would be a folly to think that we’re the only ones who know what goes on around our children. Imagine yourself on a soccer team. For the first few years of your child’s life, you’re on the offensive. You’re equipped with the best PBS and Discovery channel shows, the best techniques in putting a child to sleep, and the most productive ways of getting potty-training done in a week. You steer past all the garbage from the television with ease and confidence because you hardly spend time at home. Why would you when your child can attend pottery class at the age of four? By the time your child turns ten, you’re on the defensive. The world of social media will start their attack. You’ll spend more energy blocking their influence on your child, than getting to your own goal of raising a child who is free to be themselves. Initially, your iPhone is just a tool for watching cartoon episodes on YouTube Kids. Soon, your child is watching other things on YouTube, and sharing them with friends, things that can be easily “cleared” when needed. When you’re out getting the groceries, your child is at that moment getting advice on Google on how to create a fake FB account. Your daughter borrows her friend’s smart phone and uploads pictures online and you’re not sure where they’ll end up. Eventually, you get tired of being the internet helicopter parent and you give in to a world where everyone and anyone knows where your child is and what they’re doing. You can do what your mother did. You can defend your child about the things they do, but what do you do when the evidence is so incriminating, and so rampant, that you have no one to blame but yourself?

And is it really your fault? Society puts the blame squarely on the parents. Maybe we as parents are too relaxed about how much social media our child is exposed to. But whose business is to follow our children anyway? I’m not a parent that is scared of having my child post their picture on FB. My fear stems from having lived in a society fraught with such immoral excesses that even a picture can be used and abused in perverse ways. It’s the “other” that scares me. I don’t want my daughter to dress the way I did, because I don’t know if the person “following” her will take her picture and do something with it. I am scared that someone will overhear my child refer to his teacher as “sexy” because she might be posting that comment on her next parenting blog.  I am careful about how I portray women that cover to my daughter because I don’t need any hate groups trying to enlist her into their FB page. Call me paranoid? Maybe. I consider myself a freedom-loving mother who wants nothing more than to raise my child in a world that I control, that only I know about. I don’t need other people knowing about where my child was and what they said in class before they come home and tell me themselves. After all, even kids have the right to privacy, don’t they?

This author is publishing anonymously 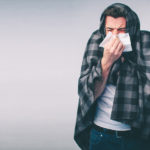 My College Kid Has Flu—WHAT DO I DO? 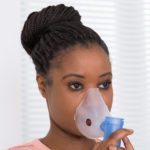 Put Your Oxygen Mask On First: How To Be “Self-Filled”