The string of swear words flying out of my mouth surprised even me. Then came the tears, and shaking through my bones and muscles.

I was not cheering. I was bawling and trying to hold myself back from throwing my phone through the television.

Weinstein was found guilty of committing third-degree rape of an aspiring actress at a New York hotel in 2013, as well as a criminal sex act on a production assistant in his apartment in 2006.

After six women testified to the horrors of his violations, not to mention countless more who did not testify in court, he was found guilty on two counts. Two. Counts.

Manhattan District Attorney Cyrus Vance Jr. said the accusers and the prosecutors, Joan Illuzzi-Orbon and Meghan Hast, “changed the course of history in the fight against sexual violence. These are eight women who pulled our justice system into the 21st century by declaring that rape is rape, and sexual assault is sexual assault, no matter what.”

Yet this does not show that rape is rape, nor that sexual assault is sexual assault. Quite the opposite. It shows that rape varies in definition and degrees. With this conviction, it sounds like they are admitting Weinstein raped someone, but not in the worst way. Is there really a good and bad way to rape or be raped?

His penis was inside of her vagina without consent, and for that part of his conviction he will only serve up to four years in jail, and that’s if an appeal doesn’t get him off. Four years? For raping someone?

It has taken many years for me to be able to speak these words. I was raped. If you go by the legal definitions, my assaults would range in degrees, and some would be considered rape while others criminal sexual acts.

I needed to remind myself of something my therapist told me many times. Trauma memories are different than other memories. They are often fragmented, and accessible only in bits and pieces. Instead of maligning people over that, we should be focusing on gaining a better understanding of post-traumatic stress disorder throughout the public and judicial system.

It is natural for people to freeze up when they are afraid, and zone out or separate from our bodies. The fear can cause what is known as a fight, flight, or freeze response. We can also experience a combination. Someone can fight or try to get away, and then freeze up. Dissociation and lack of details does not mean that a victim should not be believed, and yet we see this again and again.

If one person penetrates another without consent, no matter their height or weight or whether the perpetrator was carrying a weapon, or the woman had on sexy clothes, was intoxicated, or even kissed them, that’s rape — but the law does not reflect that.

What can we do in this seemingly hopeless battle?

We can fight for change. Change in victim-shaming. Change in the definition of rape and criminal sexual acts. Change in politicians who engage in this sort of behavior. Change so people like myself, and the women Harvey Weinstein hurt, and so many others, feel more comfortable getting rape kits and speaking up about sexual violence, not forced into silence, and lifetimes of post-traumatic stress, mental and physical challenges. This cycle of power and fear, of silence and pain, allows predators to go without consequences, and potentially hurt more and more people.

If we stop protecting predators, including those in power, stop looking the other way, and instead encourage those who are attacked to get help and rape kits right away, more predators will be off the streets. We will all be safer.

People should not be cheering for the Harvey Weinstein convictions. This is not a win. He will serve barely any time for the rape conviction, four years at most, and up to 25 years for the criminal sexual act conviction. Even if he does live out his final days in prison for these two counts, an injustice has been made to the breadth of his crimes and the women whose assaults and rapes were not acknowledged.

We should not be cheering. We should be swearing and screaming for the level at which he was not convicted. Scream with me for change at every level, so there will be fewer future victims of sexual violence left screaming and alone.

Danielle Hark is a writer and artist who lives with PTSD and bipolar disorder. She has been published in Huffington Post, Upworthy, Journal of Compressed Creative Arts, Memoir Magazine, Raven Chronicles, and many other sites, journals and anthologies. Danielle is the founder of the non-profit Broken Light Collective that empowers people with mental health challenges using photography.  www.daniellehark.com Instagram/Twitter: @daniellehark 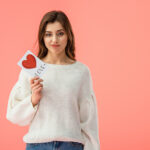 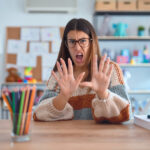 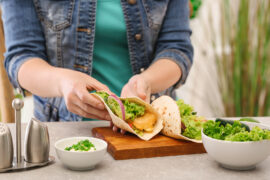 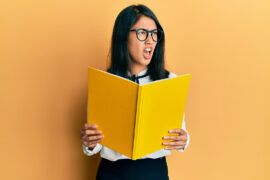 Why I’m Done with Rape Fiction