I would’ve gone with the heels, if the break-up happened during the school year. A new pretty pair for the office could’ve been the perfect pick-me up. But it [the break-up] happened in the time when life is supposed to be a beach. And since I’d be hitting the sand sans man, a new pareo is what the heart desired.

The sun is setting on my thirties so I’ve long since learned that money cannot buy happiness and material things can only temporarily fulfill us. But post break-up, whether we are the heartbreaker or casualty of love, we all need our something new (be it a new hair color or stilettos). Of course, as a single mother, that something new has to be within reason – that is, within financial reason.

A while back, after a relationship ended, the post break-up buy was a pair of yoga pants. They were my screw-you-I-don’t-need-you-to-buy-me-high end yoga pants. Okay, so in full disclosure, I used the bank gift card co-workers had given me to make the purchase. Nonetheless, I didn’t need HIM – the guy who thought my ass was perfect but the No-name brand yoga pants that hugged my curves wasn’t high end enough.

It’s not me – buying the higher-priced things. I watch every penny spent as if Benjamin Franklin is the founding Father featured on it. My co-workers know this about me – that everything is about and for my son. I may hit the beach in the summers sans man, but my glass half-full is the kick-ass village that surrounds me and my child.

My co-workers lovingly instructed that I buy something new for me – something I’d never buy on my own. Out of curiosity, I walked into the fancy yogatogs store. Less than one minute of being in the dressing room with a pair of those yoga pants on and it was over – I was in love and fully committed to the relationship of Me, Myself and my luxe pants.

Unlike men that I’ve known, my new pants are not about empty promises. They’re that smooth-talking guy that knows what he wants but isn’t a commitment-phobe and is invested in fulfilling your needs in the long-term. They’re the kind of guy that means what he says and is strong enough to handle your life.

That virgin-visit to expensive sportswear heaven was like the bartender salting the rim…it made me forget and then it made me feel good – real good. The guy might’ve been history but that engineered hugged-sensation still exists and every time I butter myself up with putting on my yoga pants, I feel naked all over, again.

How to survive a break-up as a single mom? Buy your something new – something that’ll make you feel embraced at some point during your day – whether it’s when you’re out running errands (yoga pants), working one of your several jobs (pretty high heels under $40) or helping your child master swimming (thus, the pareo) – you’re going to need it…to feel supported and loved.

When all is still at night – when the sound of little feet running across the hardwood floors has subsided and the barking from quite possibly the most energetic dog that has ever existed has waned, and you’re sitting alone staring in wonderment at the astronomical object whose illumination peers in your window, you’ll need that something that’ll hold you and accept your world with open arms.

This time around, that something new was the pareo – the soft-fabric that would wrap me up and hold me close as all the planned sunsets drifted out to sea.

Along with your something new, there are three other things a single mom will need to survive a break-up:

1.    Coffee. Lots and lots of coffee. Drink it unashamed. Drink it as if you’re a Gilmore Girl.
2.    Mom friends. Your kick-ass tribe of moms that will remind you of your worth and of how you are the example of fierce love and firm strength and that the value of one such person can be worth more than many.
3.    Your child. The relationship may not have worked out, but you still have your child, and with that, you have everything.

I don’t know what a fairytale divorce is like – I didn’t get that Disney-ending to my marriage. And that is ok. Maybe one day he will come along – the guy that is strong enough to be my man – maybe he won’t ever exist. But if I succeed in raising a boy that becomes a man that treats a woman right, well, then, I’ll take that as the happiest ending of all. And while I’m in that state of empty nest, if I can still pull off looking good in yoga pants, that’ll be the icing on the wedding cake. 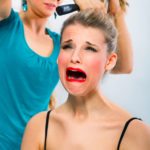 Back Away From The Scissors 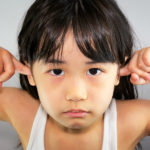 I Didn’t Ask To Be Here